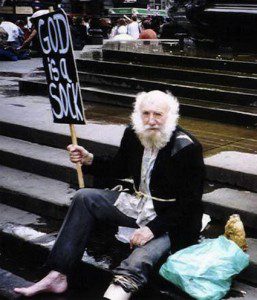 First Reading
1 Kings 17:8-16, (17-24)
A widow and her son living in Sidon are starving to death as the result of the famine. Elijah assures her that her food source will not run out. He also resurrects her son after he gets sick and dies. Because of this, she believes he is a man of God.

Gospel
Luke 7:11-17
Jesus arrives in the town of Nain with his disciples and a big following. A widow is taking her only son to be buried, when Jesus brings him back to life. Everyone is amazed and confesses that his power must be from the true God.

Psalm
Psalm 146
The God of Jacob is a God of life in the midst of a dying world. This God is also a source of justice, nourishment, healing and protection. God also brings the ways of the wicked to ruin.

Psalm 30
The psalmist calls out to God and receives healing. He sings praises for being saved from “the pit.” Suffering is temporary; true Joy is eternal.

Galatians 1:11-24
Paul writes of his transformation from being a slayer of Christians into being an emissary for the Gospel to non-Christians. He attributes this to God’s grace and the power of the Gospel as reveal through Jesus. He warns not to bow to the authority of other people, but rather, to yield to the inherent authority of the Christ-given Gospel.

Bier – A sort of coffin, always open on top, used to carry the dead from their home to the grave.

Sackcloth – A super uncomfortable outfit made of goat fur. In fact, it was supposed to be uncomfortable, as it was worn (along with ashes) to reflect a person in mourning or profound repentance.

Zarephath – There was a terrible famine in this region, supposedly brought on by God. It is a region filled with “un-believers,” and so Elijah proclaims it won’t rain on this land again until he asks the one true God to let it rain.

For the other two-thirds of this study, plus the archives of past weekly studies, access to weekly live online forums and other bonus content, check out… 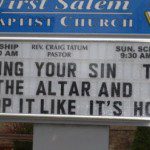