From Rock God to God Nerd

(Following is excerpted from a longer, much more detailed study of the same name, found at “Heretic’s Guide to the Bible,” my subscription blog, also found here on Patheos. Click the banners at the top or bottom of this piece to learn more about the Heretic’s Guide community.)

When I got to college, I was what I would call and “A–B–C: Anything But Christian.” At my large, progressive and fiercely independent campus, a guy could have gotten more dates admitting he had herpes then telling a girl he was a Christian. Though I had grown up Southern Baptist, I had been thrown out of the church only a year or so before, so steering clear of the religious weirdos was no hard feat. In fact, my stories of apostasy actually added to my reputation as a good, solid non-Christian.

But I was a seeker. I was insatiably curious. I wanted to understand everything from the meaning of life the origins of creation itself. I looked to all of the great philosophers and even a good number of theologians, ever mindful to steer clear of the religion of my childhood. I found intellectual and even some spiritual nourishment through other avenues.

I found an identity as a musician. I found comfort in the occasional romantic relationship. I found escape with copious amounts of drugs and alcohol. Not all of this was necessarily bad (well, maybe the excessive drugs and alcohol), but they still left me wanting… Something.

Surely, it couldn’t be the very thing that I had walked away from, could it? Certain that there was nothing in that past for me but heartbreak and disappointment, I forged ahead for many years in search of the past that would lead me where I wanted to go, so long as it didn’t require me to look to Jesus or the Bible to do it.

It turns out, there are a whole lot of ways to do Christianity. Yes, some of them can be incredibly hurtful and it can be debated whether this group or that denomination are even legitimately Christian by someone else’s definition. But the good news is that Jesus didn’t tell people to go to church in order to get their heads and hearts right. He told them to set everything down that was getting in their way, to stop being their own greatest enemy, their own biggest stumbling block, and to walk unburdened, without the yoke a fruitless pursuits, toward the fruits yielded by a life led by the spirit.

If you found some of my old college buddies and told them I was leading a Bible study online, and that I had married a minister and founded a church, they would probably be pretty certain you’re nuts. Just goes to show that I, in all my shortcomings, missteps and tragic flaws, and in very good company when it comes to those trying to understand this Jesus guy. 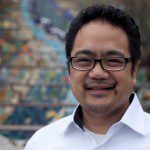 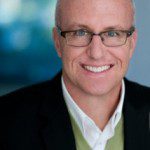