Methodist minister Rev. Frank Schaefer (not to be confused with Frank Schaeffer) has come up against what some might call a conflict of interest in living out his call as a minister of the gospel. Some might even call his experience a crisis of faith, but for Schaefer and his son, Tim, the struggles they have faced in recent weeks and months have yielded beautifully unexpected blessings.

Schaefer’s troubles with the larger Methodist Church go back some six years to when he performed a wedding ceremony for Tim, who is gay. Although his son realized this would present Schaefer with a dilemma (the United Methodist Church does not allow their ministers to conduct same-sex marriages), he also knew that it would hurt his father deeply not to be asked to perform the ceremony, regardless of whom he was marrying.

The wedding was performed in Mass., where same-sex marriages are legally recognized.

Though it took some time, charges were brought against Schaffer within the denomination, and he has recently had his license for ministry suspended. He is now facing an ultimatum: either he has to renounce his support for the performance of same-sex marriages or he will be defrocked within a month.

This is an exclusive I wrote for Sojourners. To read the full article, CLICK HERE. 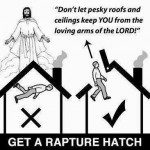 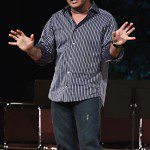 This Pandemic Is A Test: But...
Irreverin
Related posts from Christian Piatt