There was quite a fuss about Coca Cola airing a commercial during the Super Bowl that presented people singing “God Bless America” in various languages. And, to top it off, they even portrayed same-sex couples as families.

It wasn’t exactly shocking to see Coke presenting a more pluralistic, harmonious image of the contemporary world today. That’s kind of their thing, after all. Anyone else old enough to remember the “I’d like to teach the world to sing” ad campaign? Peace, love, holding hands, and a caffeinated beverage pumped full of high fructose corn syrup. Practically utopia, right?

But Chevrolet is better known for traditional sentiments of national pride. again, back to the old days of TV ads, I recall the “Baseball, Hot Dogs, Apple Pie and Chevrolet” campaign. It was a hearkening back to some nostalgic time (which did or didn’t actually exist, depending on your degree of privilege at the time) that was more “American” in the homogenous, white, middle class sort of way.

And then they aired this during the Winter Olympics in Sochi, Russia:

Of course, companies this large do nothing haphazardly. Their market analyses show that the tide of public opinion has turned, and that if they are going to stay in step with what Americans identify as “family” and “American,” they, too, have to evolve.

So what do you think? Do you find such shifts in marketing hopeful, brave, opportunistic or simply ho-hum, as the other proverbial shoe has already dropped in some respects?

Further, what other social outliers will, in time, become normalized via the american corporate media lens? Curious to hear your thoughts. 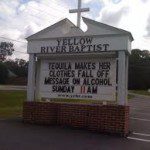 February 11, 2014 Homebrew, Ham (as in Ken) and Haim
Recent Comments
4 Comments | Leave a Comment
Browse Our Archives
Follow Us!