I’ve always loved Pentecost. I’m not entirely sure why, but the Pentecost story in the Book of Acts always resonated with me. There are these followers of Jesus, now alone and without his guidance. They’re being persecuted, and they’re more than a little discouraged about what to do.

Then this violent wind-like spirit blows in, their heads kind of light on fire and they start babbling like idiots, to the point that onlookers figure they’re drunk. What’s not to like, right?

The thing is, the word “Pentecostal” has implications that, unless you identify already as a Pentecostal Christian, is usually a bit of a turnoff: speaking in tongues, getting slain by the spirit…weird dramatic worship stuff that some folks find creepy or even cultish.

But if we consider the Pentecost story – the birth of the Christian Church, as many understand it – as a story of liberation, it’s actually pretty exciting.

First of all, there’s the matter of persecution. Christianity is far from becoming the state religion of Rome at this point, but Christians have now been around  long enough to be pretty tiresome to the powers that be.

But when the spirit descends on the Christ-followers present at this gathering, it doesn’t remove the threat of harm from them. It doesn’t give them some bulletproof assurance that they’ll never be in harm’s way. On the contrary, most of them end up executed for their beliefs in the end. What the spirit offers them is inspiration. They have new life, new purpose, breathed into them.

They are liberated from their own fear, not because the threats are eliminated, but because they have renewed purpose and vision that is more compelling than the fear that otherwise would hold us back. We in today’s church could learn something from that.

Second, the spirit liberates them from this isolationist territorialism that weakens all of the occupied regions under Roman rule. The early Christians there are endowed with the cultural tools necessary to reach out to people in their homelands, and according to their own cultural context and language. Perhaps our leaders in Washington could learn something about immigration reform from this “traditional Christian value.”

Finally, there’s an often-overlooked element toward the end of the story, which involves women and slaves. They are empowered with the same tools and mandate by the Pentecostal spirit as those who are revered as leaders in the Christian community. Age, gender and social status fade into the background, as all are inspired to coexist as equals in sharing the love and radically liberating grace of God with the world.

So consider the word “Pentecostal,” as you identify it as part of your Christian walk. If these are things that you, too, value, maybe you’re more Pentecostal than you think. 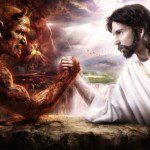 June 10, 2014 Frank Schaeffer on Art, Music, Irony, and Satire
Recent Comments
3 Comments | Leave a Comment
"This blog is dated March 2016. It wasn't that good then and it's no better ..."
Bob Shiloh Five Ways “Representative Democracy” is Failing ..."
"sounds cool."
Brandon Roberts Untitled
"cool."
Brandon Roberts Christian Panders, Fundies for Sanders, Bible ..."
"I believe taking calculated risk are super important. having the faith that it will work ..."
Sean Lewis 25 Christian Blogs You Should Be ..."
Browse Our Archives
Follow Us!