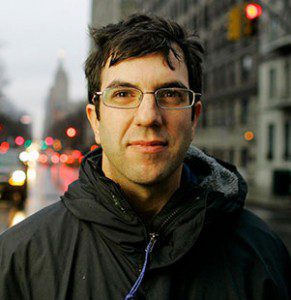 After a, um, hiatus of sorts Christian, Amy, and Andy are back to talk about all things important… like summer camp for asthmatics, Beer and Hymns protests, and semi-nude Skype conversations.

This episode’s interview is with A.J. Jacobs – author, journalist, lecturer and human guinea pig. He has written four New York Times bestsellers, including The Year of Living Biblically. He and Christian talk about A.J’s. new global family reunion project, in which he tries to show that we’re all related, quite literally. The project is culminating in a huge gathering in New York on June 6, 2015, and you’re invited! Along the way, they discuss Christian’s new Jesus project – an ambitious year of figuring out what it takes to seriously live like Jesus lived. A.J. has some great advice for Christian as he embarks on this new undertaking. See more of what A.J is up to at his website: http://ajjacobs.com/

In the Echo Chamber, the team weighs in on some important questions: Is the hack on Sony a blessing in disguise? What did the Pope have to do with making Cuba and U.S. kiss and make up? Is there a difference in saying “Black Lives Matter” versus “All Lives Matter”? What should the response of the White Christian Church be?

The crew then talks about UnTappd, Interstellar, Hawking, Sick, Fat, and Nearly Dead, Disunity in Christ, God of the Oppressed and The Cross and the Lynching Tree in the Recommendations segment of the show. Finally, Amy’s Fear of the Week Last Three Months is a doozy…

Listen to the episode and find the RSS feed HERE 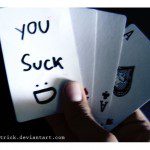