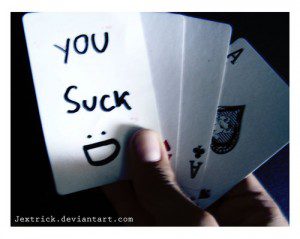 As you may know by now, I’m starting a new project (ramping up now, starting in earnest in February) in which I try for a year to really, seriously understand what it means to follow Jesus in western, post-industrial 21st century society. What does that look like? Do any of us actually do it? And to what degree, seriously, are we supposed to actually be like Jesus, as opposed to finding our own way to walk a more Christ-like path on our current context?

My biggest concern at the moment, is that though a lot of us claim to “be Christians,” or even to follow Jesus, a lot of us don’t spend much real intentional time trying to figure out what that means and what it looks like in daily life. We try not to be too crappy to other people, try not to kill, steal, adulterate (is that even a word?) or worship graven images (don’t even know exactly what that is, but I guess it’s bad). We try to love, and to accept love, though we still hurt each other. A lot. The world is messed up, so far from realizing the fully kingdom-inspired image of wholeness and reconciliation to which God invites us.

And at least in my theological world, that’s on us, not God. I believe, with all of my being, that the audacious vision of God’s kingdom, here and now, isn’t something we sit around and pray for God to make real for us. Like Jesus said, we can (and should) collectively do greater things than even he did. When people experienced healing in his presence, he never said, “hey, I did that!” rather, he always told them that it was their own faith that made them well.

That’s pretty amazing to consider. And inspiring. And terrifying.

So here I am, not so much trying to be Jesus, but trying to at least follow his life, teaching and example better. And in taking my own personal inventory, I can see that I pretty much suck at it. That doesn’t mean I’m giving up, but it’s clear I have plenty of work to do. Here are five examples:

I like stuff. I was raised in culture in which the very economy depended on my affinity for stuff. I mean, what did George W Bush tell us to do to help us heal from 9-11? Go shopping, of course! I try to break the habit, but dammit if stuff isn’t awesome, shiny, fun, and freaking everywhere. Maybe I need to work the twelve steps for my stuff addiction. Maybe we all do.

I want people to like me. Especially in the public sphere, my career more or less depends on it. I post a new articles and watch with either a sense of self-satisfaction or dread as the page-views roll in or stall out at a trickle. I get the sales reports form my publishers and see my own self worth in the midst of the numbers. My ego is so wrapped up in my identity – more specifically, what I do – that it’s hard for me to talk about who I am without jumping to my work.

I’m critical of others. I’m a real pro at finding fault in other people. Some psychologists suggests (and yes, I dropped out of my PhD in psych, thank you) that such a critical view of the outside world is simply an obfuscation to keep us from dealing with our own lingering sense of a lack of worth. But the thing is, I’m onto the fact that, lots of days, I can be a real asshole. Maybe for me, it’s more about assuring myself that everyone else is nearly the same degree of asshole as I am. The thing is, when I lean on this kind of justification, nothing changes. If our sense of worth hinges on comparisons, we’re all screwed.

I let fear dictate my actions. It’s funny to me when people write to me about my writing being vulnerable, brave or the like, because to me, it’s proof positive that so much of my life is simply about trying to reconcile fear and keep it in some sort of healthy context. By naming it, my hope is that it loses some of its power. But it keeps coming back, and more often than not, it weaves its way into my consciousness like some kind of virus, infecting my judgment and my perspective. If, as Paul notes, we availed ourself to a more perfect love, there would no room for fear. Clearly got to keep that one on my to-do list.

I’m willful. One of Jesus’ most powerful phrases ever uttered, at least for me, was “Not my will, but yours, God, be done.” It’s one thing to submit your own will to something bigger than yourself under normal circumstances; it’s entirely another to do it when you’re facing death. It’s not that I think that we’re all called to be martyrs for our faith. Hardly. But if we can’t let go of control and place our own agenda and idea of how things should be in the back seat on the basic, day-to-day stuff, how can we possibly do it when things get really serious? It’s a little trickier for me, since I’m not sure I’m on the “God has a consciousness and will like human beings” train, but I do know, when I take time to contemplate, what is for the Greater Good. And more often than not, I want to get there, but only if I can’t filter it through my own personal agenda first.

If I achieve nothing more than working intently on these five things in the coming year, I’m pretty sure I’ll be a great deal closer to the Jesus path I’m talking about than I am now. Of course, considering this all is being documented here on a public blog, on our podcast and, ultimately, in a book, it may be a bit of a set-up.

Dammit, there I go, putting things through my own personal agenda-filter again. Starting again, again…

Want to follow along on this journey, and maybe even help out? Track my progress here on my blog with the category “My Jesus Project,” or search “#MyJesusProject,” or on facebook and twitter. Follow along, help keep me honest, and just maybe you’ll learn a little bit more about what we mean when we talk about following Jesus in the process. 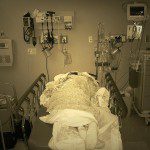 December 22, 2014
My Seizure Diagnosis: Is there a Pony in this Shitpile?
Next Post 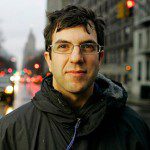 December 29, 2014 AJ Jacobs, Sony, Summer Camps & Semi-Nude Skyping
Recent Comments
6 Comments | Leave a Comment
"awesome."
Brandon Roberts Not “That Kind” of Christian
"nice article."
Brandon Roberts Talking Sex with Invisibilia’s Hanna Rosin
"Thanks for a fun romp. As a Presbyterian minister, I would have welcomed you gladly ..."
Zeigler John Leaving A-Holiness Behind
"Dear Sarah and Christian,I'm sorry for what has happened to you and your mother and ..."
Amazingaljicrowley3679 Letter From a “Demon Possessed” Woman
Browse Our Archives
get the latest from
Progressive Christian
Sign up for our newsletter
POPULAR AT PATHEOS Progressive Christian
1

The Mark of the Beast: some...
slacktivist
Related posts from Christian Piatt 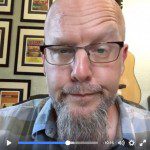