Did you know that when you survey people – both Christians and non-Christians, theists and atheists – that their associations with the words “God” and “Jesus” tend to be overwhelmingly positive? Good news, right?

But when the same people are asked how they feel about the word “Christian,” the results aren’t good. Like, really not good. In fact the two most common words associated with Christians are “judgmental” and “hypocrite.”

The world deserves better. The legacy of Jesus deserves better. And frankly, I think we’d all be better off if we could figure out this “credibility crisis” and get back to the humble work of being more Jesus-like. So what got us here? Where did we veer off the path?

There are lots of reasons, really, and I talk about them in my new book, “Leaving A-Holiness Behind: From Pious Jerk to Not-So-Pious Jerk.”  For one, too many of us think that, once we claim Jesus, that’s some kind of “a-hole insurance,” but in reality, the arrogance that goes along with the misconception that we’re somehow fixed or “better than” just makes us more a-holey. We also have a bad habit of assuming our mission in life is to make everyone more like us, instead of our job being to listen and serve, rather than judge and coerce.

And finally, let’s be honest: most Christians have lost their sense of humor, especially when it comes to anything having to do with Christianity. We’ve forgotten how to laugh at ourselves, and we’ve gotten to where we take ourselves so seriously, people thing we’re just plain boring.

It’s time to have some fun, even if it’s at our own expense. Because if we can loosen up, get more honest with ourselves and each other, and start just being more real with people, maybe this credibility crisis isn’t a permanent state. So have some fun with us as we take the Christian A-holiness survey, one of many games I put throughout the new book. See how you doc, and try it with some friends.

We’ll work on this A-Holiness thing together. 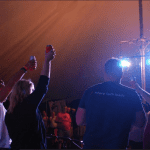 July 19, 2016
CultureCast LIVE at the Goose with Trey Pearson
Next Post 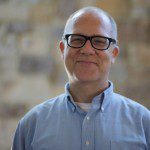