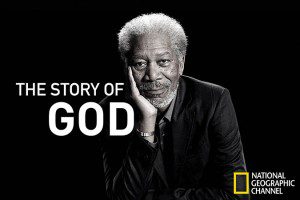 I got to chat with the producer of National Geographic Channel’s “Story of God with Morgan Freeman,” James Younger about his new interfaith series about religion, faith and who/what we understand God to be. Having worked on various science TV series and worked with such “Hard News” outlets as the Associated Press, “Story of God with Morgan Freeman” seemed like a bit of a philosophical departure; he explains why it’s not really, though.

We also process the then-hours-old news that rock legend Prince has died. What is his legacy, what are our memories, and why was he so damned magnetic as a media giant? Then we dive into the question we’re sure you’ve lost sleep over: do chimps practice religious ritual? No joke, this is based on a recently published findings that some science nerd speculate connotes a sense of ritual in the chimp world.

Next thing you know they’ll break into denominations and come up with so mind of chimp hell, probably where theres’ an infinite pile of bananas to peel with nothing in the middle. That would suck, wouldn’t it.

Finally, are churches ready for the wave of deaths coming with the aging boomer population? Is Amy preggers (argh!)? And are there billion-dollar industries based on age- and beauty-shaming women (spoiler alert: yes)?

Don’t forget to drop a five-star rating on iTunes for us too. It’s a huge help and easy. Thanks! 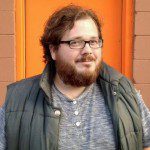 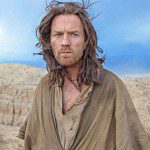 May 13, 2016 Writer/Director Rodrigo Garcia on His New Film, "Last Days in the Desert"
Recent Comments
0 | Leave a Comment
"awesome."
Brandon Roberts Not “That Kind” of Christian
"nice article."
Brandon Roberts Talking Sex with Invisibilia’s Hanna Rosin
"Thanks for a fun romp. As a Presbyterian minister, I would have welcomed you gladly ..."
Zeigler John Leaving A-Holiness Behind
"Dear Sarah and Christian,I'm sorry for what has happened to you and your mother and ..."
Amazingaljicrowley3679 Letter From a “Demon Possessed” Woman
Browse Our Archives
get the latest from
Progressive Christian
Sign up for our newsletter
POPULAR AT PATHEOS Progressive Christian
1