The Simple Alchemy of Love

In honor of the March for Life in Washington, DC, I’d like to highlight two pro-life women who give witness to the rights of the unborn. 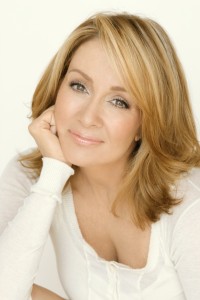 The first is actress Patricia Heaton, who you may know from her roles on the TV series “Everybody Loves Raymond” and “The Middle.”  Heaton learned to articulate her position on abortion when she moved to New York at the start of her career and had to start defending it because she was in the minority.  During her interview on Christopher Closeup, she told me that the situation forced her to ask herself, “Where are we going to demarcate ‘life starts here’?   If you do it anywhere other than conception…it doesn’t make any sense logically.”

Heaton eventually became honorary chair of the non-profit Feminists for Life (FFL), which advocates that “women deserve better” than abortion.  She describes their mission as being “kind and supportive and helping people find a way when they feel that there is no way.”  Colleges are a focal point for FFL because that’s where young women often find themselves pregnant without any support system and are often referred to abortion providers.  FFL is working to change that by building support networks on campuses across the country.

Heaton has spoken on behalf of FFL at colleges and welcomed the students’ candor and challenging questions.  She said, “They’re at that point in their lives where they’re questioning everything.  Part of that is they like to be in your face a little bit, but it’s kind of refreshing to have someone who will actually listen to your ideas.  I believe that they really are open to hearing different views and they’re open to reason.”

Hollywood actors who speak out on pro-life issues are a rarity because it can affect the amount of work they get.  Yet Heaton is willing to take attacks against her because she knows she is standing up for truth. 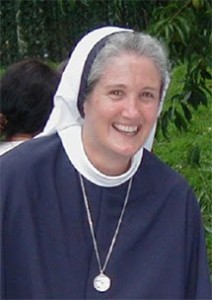 Another impressive pro-life woman is Mother Agnes Mary Donovan, Superior General of the Sisters of Life.  Though not as well-known as Patricia Heaton, Mother Donovan is second-to-none in her efforts to support young women in crisis pregnancies.  The Sisters of Life work out of a convent in Manhattan where seven Sisters live with seven guests who are either pregnant or have already given birth.  Mother Donovan told me that when the Sisters get a call for help, “We speak to (the woman) and say, ‘What are the desires of your heart?’ Inevitably she’ll say to us, ‘If this wasn’t the situation or that wasn’t the situation, I’d want this child.’…Then we start putting together ways in which we can meet her needs so she can fulfill her heart’s desire…95% of the women who call us will bring their child to birth.”

Though abortion is an issue that stirs up a lot of anger, Mother Donovan offers a prescription for the negativity – “We’ve found that the simple alchemy of love – loving those that come to us one heart at a time – that is what changes them…What we see is abortion and those kinds of decisions are fueled by fear.  St. John says, ‘Perfect love casts out fear.’  When one is supported and surrounded by love, they see the world and themselves differently.”

The Christophers salute Patricia Heaton, Mother Agnes Mary Donovan, and all the men and women who affirm their pro-life beliefs by lighting a candle instead of cursing the darkness – and demonstrating the difference “the simple alchemy of love” can make.