What Do Cardinal Newman and Hank Williams Sr. Have in Common? 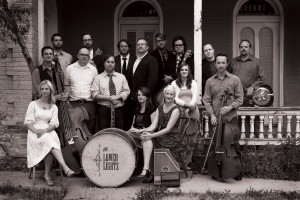 For one thing, both of them have songs featured on the outstanding new album by The Lower Lights entitled “A Hymn Revival: Volume 2.”

I originally wrote about this vocal group consisting of 40 singers and musicians before Christmas when they released their second CD, “Come Let Us Adore Him,” which was a follow-up to their 2010 debut, “A Hymn Revival: Volume 1.” Though the group’s members had all been successful in their own right, they each shared a love of hymns, both the ones they’d grown up with and ones they’d discovered over the years. Desiring to put their own folksy/bluegrass stamp on the classics, they gathered together for several recording sessions intending to create songs whose appeal would span generations and faith traditions. The Lower Lights accomplished their original goal, and have done so once again with “A Hymn Revival: Volume 2.”

The album kicks off with “Lead, Kindly Light,” a hymn with lyrics taken from a poem by Cardinal John Henry Newman called “The Pillar of the Cloud.” The first verse begins:

Lead, Kindly Light, amid the encircling gloom,
Lead Thou me on!
The night is dark, and I am far from home.
Lead Thou me on!
Keep Thou my feet; I do not ask to see
The distant scene – one step enough for me.

From the first time I heard The Lower Lights sing, what stood out the most to me were their impeccable harmonies, the blending of their multiple voices into a coherent, beautiful whole. Combined with “Lead, Kindly Light’s” poignant and longing lyrics and melody, orchestrated in a reverent-yet-modern way, this is a perfect way to start the album.

It also reflects the link to Hank Williams’ “I Saw the Light” which directly follows it. His lyrics begin:

I wandered so aimless,
Life filled with sin,
I wouldn’t let my dear Savior in.
Then Jesus came like a stranger in the night,
Praise the Lord,
I saw the light!

What Newman and Williams have in common – for that matter, what all the songs on “A Hymn Revival: Volume 2” have in common – is that search for God’s light that will guide our path here on earth and ultimately lead us to heaven. On the surface, Williams’ life – which was filled with drugs and alcohol that led him to an early death at age 29 – was very different from the respected Cardinal’s. Yet underneath it all was that inherent desire for God’s peace which surpasses all understanding. It’s a goal that requires transcendence and faith, and sometimes music is the best art form to accomplish that. 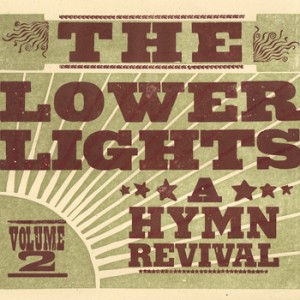 “A Hymn Revival: Volume 2” provides those moments in tracks like the above-mentioned “Lead, Kindly Light,” the spiritual hootenannies of “I Saw the Light” and “In the Sweet By and By,” and the sublime solos and duets on “Be Thou My Vision” and “Nearer, My God to Thee.” This is a group the Grand Ole Opry should book ASAP!

In addition to familiar hymns from Catholic and Protestant songbooks are a few Mormon hymns because the majority of The Lower Lights come from an LDS background. One of my favorites is “I Stand All Amazed” which begins:

It’s a song that re-enforces what Lower Lights member Paul Jacobsen explained to me in an email interview last year: “If it’s Protestant, Catholic, Mormon, Hank Williams, Gillian Welch, Louvin Brothers . . . we love a good melody with a good lyric that resonates. And I think we have tried our best to see these songs as borderless and inclusive and [part of] the common ground of faith.”

I’m a firm believer that well-done vocal harmonies – whether they stem from pop music like The Beach Boys or religious bands like The Lower Lights – reflect the harmony God wishes to have with us, His children. The blending of multiple voices singing their own unique parts can be transcendent, lifting our minds and hearts to the Creator who – as Father, Son, and Holy Spirit – is Himself an example of harmony. That’s the kind of harmony present in “A Hymn Revival: Volume 1” and “Volume 2. ”

In a world of constant noise and pressure, The Lower Lights provide an oasis of spiritual peace and joy. 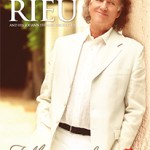