When the World Lost Power: A Look at the Pilot for NBC’s “Revolution” 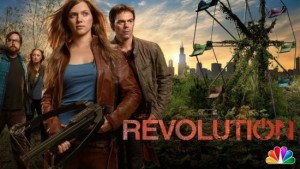 “We need water! Fill the sinks and tubs. We don’t have much time…It’s all going to turn off, and it’s never going to turn back on!”

The “it” to which Chicago resident Ben Matheson (Tim Guinee) refers in those lines is power: not just a loss of electricity that keeps the lights from working, but power in general. Car batteries die, water supply systems stop working, planes fall out of the sky. In an instant, the luxuries and necessities the world has become used to disappear, returning everyone to the days of “Little House on the Prairie” by way of “The Hunger Games.”

Why? As one character says, “Physics went insane. The world went insane overnight and nobody knows why.”

Of all the shows premiering this Fall, “Revolution” has arguably the most intriguing premise because it’s presenting our society with its worst nightmare. We’ve come to rely on electricity and batteries so much that we’ve lost a lot of practical knowledge on how to accomplish things without them.

More importantly, as the episode points out, people died in the aftermath of the power outage because medicines couldn’t be produced. Fires raged uncontrollably because fire trucks couldn’t get to them. This goes way beyond not being able to use your iPhone 5 to record video of your kitten riding the vacuum cleaner; it’s a matter of life and death.

And when the power went out, the United States government lost power as well, leaving the country to be ruled by localized militias wielding crossbows, swords, and the few remaining guns.

As interesting as that scenario sounds, it won’t connect with viewers if the show doesn’t have relatable characters through which to experience this new world. “Revolution’s” pilot spends most of its time introducing them, the first of which is Ben Matheson. Before the power goes out, he downloads a computer file onto a small chip that will come into play in the future. Then he rides out the aftermath with his wife, Rachel (“Lost’s” Elizabeth Mitchell), and their kids, Charlie (short for Charlotte) and Danny.

The series then jumps ahead 15 years. The Mathesons – minus Rachel who is presumed dead (repeat: presumed) – now live in a rural, commune-like farming community. Charlie (Tracy Spiridakos) is the Katniss Everdeen of the family, going out hunting and exploring with her bow and arrow. Her only connection to a past she never fully knew is a “Return of the Jedi” lunch box filled with postcards of New York, Chicago, and other places.

While she’s away, a local militia arrives led by Captain Tom Neville (Giancarlo Esposito) who works for General Sebastian Monroe. He is looking for Ben Matheson and his brother, Miles. When Ben identifies himself, Neville tries to arrest him.

To protect Ben, Danny and the other townsfolk draw swords, crossbows, and even a few firearms, which are illegal under the militia’s rule. In the brief battle that follows, Ben is shot in the heart. Captain Neville arrests Danny instead, taking him along in their continuing search for Miles (Billy Burke).

Charlie hears gunshots and returns to town before her father dies. He tells her she needs to find Miles in Chicago, so he can help them get Danny back. Specifically, Ben describes Miles, a former Marine, as “good at killing.”

Desperate to connect with what little family she has left, Charlie sets out for Chicago the next day with Ben’s girlfriend, Maggie, and the local teacher/former Google mogul, Aaron. Neither Charlie or Maggie know, however, that Ben gave Aaron the computer chip we saw in the episode’s first scene for safe keeping. The implication is that the chip contains secret information, either about why the power went out or how to restore it.

Like most pilots of TV series, “Revolution” feels like a lot of set up and introduction. The characters all hold promise, especially Charlie and Miles who creator Eric Kripke developed to have a Luke Skywalker/Han Solo dynamic. Charlie is the naïve, gung-ho, adventure-seeking idealist. Miles is the world-weary warrior who would have preferred to keep to himself. Both actors are more than up to the job.

The supporting characters have potential too. Aaron, for instance, provides comic relief when he says of himself, “Eighty million dollars in the bank, and I would trade it all right now for a roll of Charmin.” Also, as a villain, Captain Neville does a good job of doing bad things without necessarily seeming like that bad a person.

That said, future episodes of “Revolution” need to ratchet up the character development in order to keep viewers interested. It would also be great to see some larger themes come into play, like in other series which J.J. Abrams has executive produced. For all the mysteries about the island, “Lost” was really about its characters’ quests for redemption. And “Fringe” often addresses the ethical boundaries of scientific advances (which I wrote about in this piece).

I’d like to see “Revolution” do something similar. Maybe explore our over-reliance on technology. Or consider the human dynamics of why some people chose to live peacefully after power was lost, while others sought to establish themselves as rulers by force.

Current governmental and societal standards could be examined by looking at them from the point of view of people who have lost them. How did millionaires like Aaron, for instance, adjust to this new world? There’s also the fact that people can no longer communicate long distance or fill their time with diversions like surfing the net. They have to actually get to know the people around them. How’s that working out in terms of developing relationships? Are the bonds between people stronger?

Even religion could be touched on by looking at the spiritual lives of people who have lost the only way of life they’ve ever known. For some, the earth’s new situation could create doubt that a good God is watching over us. Others might believe that God will guide humanity through these troubles just like He led the Israelites through the desert.

With its interesting premise and core group of characters, “Revolution” has the makings of an engaging action/adventure show. But I hope it also fulfills its promise of being more than that. I’ll be sticking around for a while to see if a world without power can result in powerful storytelling. 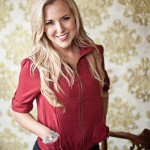