I grew up watching repeats of Abbott and Costello movies on WPIX in New York City every Sunday. One of my favorites was their first film, “Buck Privates,” which also featured The Andrews Sisters performing their classic World War Two-era song, “Boogie Woogie Bugle Boy.”

Patty Andrews (pictured center above), the final remaining member of the three Andrews Sisters, died today leaving behind a rich show business legacy and a song – “Boogie Woogie Bugle Boy” – that was named as one of the best songs of the 20th century.

Here’s a video of the tune and some excerpts from CNN’s obituary:

The Andrews Sisters began singing on Minnesota radio stations in the 1920s, but after several years on the Vaudeville circuit they began a recording career that made them one of the most successful female groups ever.

The sisters performed with “Patty always singing the lead, Maxene the high harmony and LaVerne the low harmony, inventing a unique blend that came from their hearts, since none of the girls could read music,” according to the official biography released by Eichler.

One of their biggest hits was “Boogie Woogie Bugle Boy,” which became a World War II anthem. The Recording Industry of America Association and the National Endowment for the Arts placed it as the sixth on its “Songs of the Century” list in 2001…

…Patty Andrews was just 10 when Larry Rich, who saw the sisters sing at the Orpheum Theater in Minneapolis, offered them a spot on his traveling show.

“It was always important to the girls that they were the children of immigrant parents, and when their father’s business was wiped out during the Depression, the sisters left school and went out on the road to sing, using their music to support their family as best they could,” the biography said…

…The sisters performed on troop ships, in airplane hangars and at battlefields for the USO during the World War II.

They appeared in 16 films during the 1940s, including “Buck Privates,” “In the Navy,” and “Hold That Ghost” with Bud Abbott and Lou Costello, “Hollywood Canteen” and “Road to Rio” with Bob Hope and Bing Crosby, as well as in a number of musical films.

The sisters enjoyed a resurgence in the 1950s when they were booked at the Flamingo Hotel in Las Vegas, which led to television appearances and more recording.

January 30, 2013
"If God Would Save Them, He Would Serve Heaven Forever" - A WWII Survivor's Story
Next Post 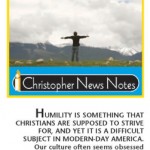