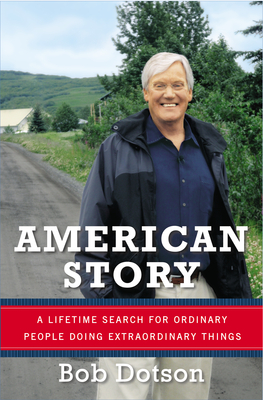 “The one overriding theme I found is that wisdom doesn’t always wear a suit.”

Considering that NBC News correspondent Bob Dotson has traveled more than four million miles during his 40 year career covering American stories, you can trust that he knows what he’s talking about. In fact, his “American Story” segments have won a record six Edward R. Murrow Awards for the best-told news stories on television. He’s now sharing many of those stories in the New York Times best-selling book, “American Story: A Lifetime Search for Ordinary People Doing Extraordinary Things.”

During an interview with me on Christopher Closeup, Dotson explained his positive approach to journalism in an industry that often makes you feel like the world is going to hell because it’s filled with unsolvable problems: “You turn on TV these days and [always see] celebrity experts – and you wonder when they have time to actually learn about anything because they’re always on TV. Meanwhile, people in your backyard probably solved the problem many years ago…Our media is a mirror that reflects the powerful and the popular culture…But I thought years ago, ‘Why don’t we prop up the mirror and look in the shadows because maybe Uncle Henry or Aunt Mary or Great Grandpa has already solved this problem?’…If we’ve gone several generations now where we just assume that the only people who have answers or solutions are people who are in power, then we’re overlooking people who may have already solved the challenges we still face.”

A Doctor’s Prescription for the Uninsured 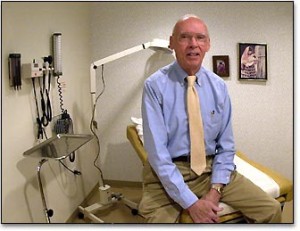 One case in point is Jack McConnell, a doctor who retired to Hilton Head Island, South Carolina. During a conversation with one of the island’s 6,000 working poor, Dr. McConnell discovered that most of them couldn’t afford medical care, so they would go to the hospital emergency room whenever they were sick. The physician knew that ER visits were the most expensive way to administer medical treatment. It was fine if you broke a leg, but inefficient if you just needed a basic check-up or preventive care.

Dr. McConnell asked his fellow retired doctors, “Why don’t we open up a clinic and volunteer?” Their initial response was that they had gotten out from under burdensome insurance costs and didn’t want to open themselves up to lawsuits.

Dotson described what happened next: “[Jack McConnell] realized that almost every state in the union has what they call a Good Samaritan law. That means if you or I had a traffic accident and we’re laying on the side of the road and a doctor stopped to help, you could not then turn around and sue the doctor for helping you. So Jack went to the South Carolina legislature and said, ‘You could extend the theory of this to volunteer clinics because all we’re going to be doing is giving out flu shots and making sure kids have glasses, that sort of thing.’ So he got it passed. He ended up getting 40 or 50 doctors to start this clinic…Today, they have free clinics like that in 44 states because of what Jack McConnell figured out. That’s the whole point of the book. You don’t have to wait to become the American Cancer Society to do something; you could just do it.”

A Positive Attitude Born Out of Hardship

Bob Dotson’s “can do” attitude was born during his childhood battle with polio, which shrunk the tendon in his left leg, inhibiting his ability to walk. For almost 10 years, his mother would take him to their local hospital in St. Louis three days a week for therapy.

When he was five or six, Dotson remembers his doctor giving him the book “The Little Engine That Could,” which was grounded in the message, “I think I can, I know I can.” Bob took that message to heart, determined that he would live a normal life. At age 10, doctors performed surgery on him to implant six inches of fake tendon. Now age 66, Dotson notes that “it’s still working pretty good” and even allowed him to climb a ladder up the Statue of Liberty for a story many years ago.

The lesson Dotson learned from his own experiences and those of the ordinary people he’s met through the years is simple, yet profound: “Success and thriving in this country is not a question of just being dealt a good hand; it’s playing a bad hand well over and over again.”

Finding God on the Ice 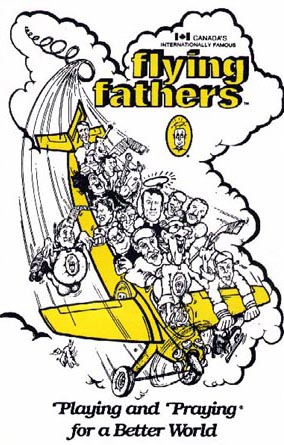 That wisdom has given him an appreciation for people who connect with regular folks – and even those who can connect regular folks with God.

“One of the most interesting stories in the book,” says Dotson, “is about a group called ‘The Flying Fathers,’ ex-hockey players who ended up in the priesthood. They formed a hockey team that was a lot like the Harlem Globetrotters. They had a horse named Penance who rides out onto the ice in little cleats, and they have a 12 foot rosary that they lasso the other teams’ goalie with and drag him off while they’re shooting pucks at his goal. The head of this was a man named Father Vaughan Quinn in Detroit. He was a recovering alcoholic. He decided that in order to actually help people, you have to make them laugh…After their performance, people would come up and share a beer with them or a cup of coffee, and they would start to talk to the Fathers about their lives. And that’s how they got through with their faith. They realized that the Fathers are as regular as they are. It’s like the new Pope. The fact that he called up and cancelled his subscription to the newspaper – how cool is that! He knows exactly how to hook the people.”

Career Advice for the Next Generation

Though Dotson has accumulated a lot of stories over his career, continues to pursue more, and even made time to be a presenter at this year’s Christopher Awards, he’s also interested in sharing his knowledge with the next generation. When he was talking to students at his old high school recently, all the kids wanted to know how he gets to do five minute segments on national television when most stories run one minute.

Dotson’s response could apply to anyone starting a new job: “Back when I started, you couldn’t run a story over a minute on The Today Show… so I spent a year doing fifty-nine second stories, no matter what. Whether it was a hurricane, a revolution, whatever, I came in at fifty-nine seconds, when everybody else was asking for another ten seconds every morning. While I did that, I found a story I thought would really be fascinating. So then I went in to my boss at the end of the year and I said, ‘Could I have a couple of minutes to do a special story?’ And he said, ‘You can have four minutes.'”

In essence, Dotson had earned a reputation for doing his job well without complaining, so his boss rewarded that. He said, “You’ve got to do the job somebody’s hired you to do. But that doesn’t mean that on your own time…you can’t polish your skills and get to the point where they see the best that you can do.”

With the advent of social media and the rush to report rumors as facts, Dotson notes that news organizations need to be extra careful and selective. He says, “That’s the one thing everyone has to learn with social media: how to filter it and use your God-given wits…Use your head for something besides a hat rack. Just because it’s been said doesn’t mean it’s true. And so I think the most important thing in our new media is to try to figure out what is usable information and what isn’t.”

Reagrdless of technology, though, Dotson notes that the most fundamental aspect of journalism hasn’t changed: namely, storytelling – “Ever since somebody went down into a valley, knocked a dinosaur over the head, came back and started painting in the cave, [people have been saying], ‘You should have seen what I saw today!’ And so if you learn how to tell stories so that people will actually listen to you, you’ll be in demand.”

To listen to my full interview with Bob Dotson, click on the podcast links below:
Christopher Closeup podcast – Guest: Bob Dotson, Part 1

RELATED: “The Road to Inspiration” by Bob Dotson (for Guideposts magazine)

June 11, 2013 A Christopher Prayer for Father's Day
Recent Comments
0 | Leave a Comment
Browse Our Archives
get the latest from
Catholic
Sign up for our newsletter
POPULAR AT PATHEOS Catholic
1