From History and Oppression to Body Image Issues: Author Melissa Kuch on the Themes in Her Novel 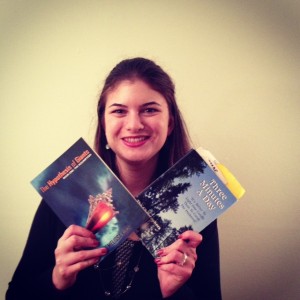 “The Hypothesis of Giants: Book One – The Assumption” (which I reviewed here a few months ago) doesn’t just include the angst, adventure and romance teen novels are known for; it also provides a look at the principles on which America was founded through the lens of a future in which freedom of speech and religion have been outlawed.  And since American young adults have never experienced that type of thing, this book introduces them to it in an entertaining and enlightening way.

The novel takes place in the United States for the Common Good 15 years after the people of the original U.S.A. voted to ban religion for causing too much strife and violence.  Any teaching of American history is also forbidden because that would require celebrating the principles of freedom in general.

Fifteen-year-old Aurora Alvarez, the book’s protagonist, is getting a secret education from her father who is not on board with the government’s way of running things.  For Melissa, that love of knowledge came from a personal place.

During a recent interview on “Christopher Closeup,” she said, “That first chapter with Aurora talking at the breakfast table with her father about the Revolutionary War—that was me!  My family would always do quizzes about history.  I remember one time we went to Boston and walked the whole Freedom Trail in 100 degree weather.”

Being aware that Adolf Hitler was initially put into power through free elections stirred up Melissa’s creative juices as well.  She had always wondered, “How could a man get a whole country behind him by being charismatic and a great public speaker, bringing them together under this ideology that blames a certain [group of] people for all their problems?  I thought that was terrifying, terrifying that people could really be manipulated to believe a certain way, out of fear.”

Part of the reason they can be manipulated is because people like the government’s main enforcer, Inspector Herald, truly believes that what they are doing is right.  Melissa said, “Everyone has good and evil within them.  It depends on the path that you take.  I guess that everyone views themselves as the protagonist in their own story, so in Inspector Herald’s case, he thinks he’s doing the right thing by trying to keep the country a certain way.”

That “certain way” involves a complete suppression of our inherent spiritual instincts – and doesn’t reflect the full reality of religion’s role in the world.  Though evil acts have been committed in God’s name, faith has inspired many more unheralded acts of virtue.

Melissa’s views on this topic are inspired by her own experiences: “It definitely is a spiritual journey that Aurora’s going down, and it also was a spiritual journey for me. The main thing about religion, I feel, is hope. It brings hope to people in times of loss, in times of great depression and despair – and it [adds a] sense of community, having people be together and look for this higher cause, this higher meaning of life.  Growing up Catholic, and also having attended St. John’s University, which is a Vincentian university, doing those types of good deeds and being able to give back to the community is a wonderful thing that people all across the world are doing.”

Why You Gotta Be So Mean?

Another aspect of the story that Melissa feels passionate about involves Aurora’s lack of self-worth due to being told she’s too fat and being bullied because she’s smart.  She said, “You are constantly being shown what the media and Hollywood deem as the perfect body or  what makes someone beautiful.  It’s something that I had to deal with as a young women and I’m sure many people are still dealing with it, whether you’re in your 20s, 30s, 40s.  Aurora is viewed as different, not just because of her body but also because she’s smart and she doesn’t fit in with the crowd…I wanted to show that she is beautiful. She is a beautiful young girl and she has so much to offer, but she has to realize that. And I want the other young women when they see her to be able to relate with her and understand that you may not be a size 2, you may not be what other people deem as beautiful, but you are beautiful in being who you are.”

In “The Hypothesis of Giants,” one of Aurora’s many detractors is her own mother, who often belittles her because of her weight.  It’s clear in the story how detrimental that attitude is to Aurora, so Melissa shares a message for parents as well: “Despite what you want [your kids] to be – the number one quarterback or the lead in the school play – you can help them get there and help them to believe in themselves, but you shouldn’t put them down.  You shouldn’t make them feel like they can’t be the person they were meant to be.”

The Writing Life for Me

The first published book Melissa contributed to was Volume 39 of The Christophers’ “Three Minutes a Day” series when she interned with us about 10 years ago.  She went on to write short stories and plays which have been produced.  But a young adult fantasy novel was never something she saw herself doing until she attended a playwriting conference a few years ago. 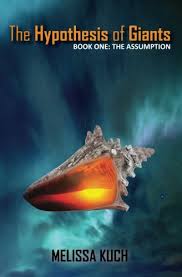 A professor there encouraged Melissa to try something she hadn’t done before.  After she had a dream about flying alongside a giant, everything started coming together in her mind and she set out on this unexpected creative journey.

She’s finished a draft of “The Hypothesis of Giants: Book Four,” and is currently making the final edits on Book Two.  Moviegoers in Long Island, New York, will get a special preview of Book Two when its trailer is played prior to “The Hunger Games: Catching Fire” screenings beginning Nov. 22.

With all the continued hard work and exposure, Melissa simply hopes the book resonates with the widest possible audience.  She said, “I think this book could be for everyone.  I’ve had young, old and in-between reading it so far and everyone’s gotten something different out of it, which is exactly what I wanted.  It’s like, ‘I have this story for you.  Take from it what you will, and hopefully it will help improve the world.’”

(To listen to my full interview with Melissa, click on the podcast link:) 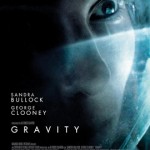 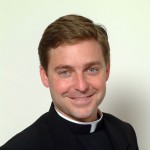