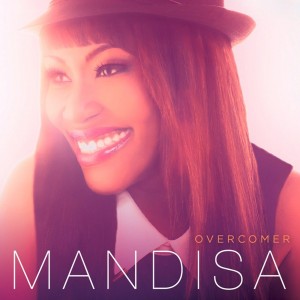 Having interviewed Mandisa twice and met her once at a “Good Morning America” performance, I was taken by the joyful witness she gives to her faith and the genuineness of her appreciation for her life’s blessings. When she was voted off “American Idol” in 2006, she went through a dark period. But in moving forward with a positive attitude and a willingness to follow God’s plans instead of her own, she’s found great success while helping her fans deal with their own challenges in life.

In a press release, Mandisa is quoted as saying:

“I know I keep saying it, but whose life is this?!,” said an overwhelmed Mandisa after watching the awards being presented during the GRAMMY® pre-telecast online. “I am utterly shocked and thankful for the honors the academy awarded myself and the songwriters! Childhood memories of singing into my curling iron in the bathroom to my Whitney Houston cassette tapes and flying to the American Idol audition in 2005, came flooding to my mind as my name was announced…and then the tears came flooding down my face!”

“The list of people I am thankful for could go on and on,” she continued, “but that list would have to include Capitol Christian Music Group, my producers, Chris Stevens and David Garcia, and every songwriter who helped me put all that God has been showing me to melody. You helped make Overcomer an album that speaks life, hope, and encouragement to so many, including me. Most importantly, while this affirmation feels unbelievable, I lay this trophy at the feet of my Jesus in humility, honor and gratitude for all He has done in, to, and through me: ‘You, dear children, are from God and have overcome them, because the one who is in you is greater than the one who is in the world (1 John 4:4 (NIV).’”

Congratulations to Mandisa on her win!

UPDATE: When I posted this yesterday, I didn’t realize Mandisa wasn’t at the actual ceremony to receive her award. Instead, she was watching online. Why? Here are a couple of exceptionally honest excerpts from her blog explaining the reasons:

2. I can’t tell you how little I enjoy people scrutinizing what I am wearing and how I look. I’ve been on the receiving end of such mean comments coming from the other side of the anonymity the world-wide web provides. I can usually handle it, but recent events have left me feeling insecure about such things these days (if you missed my Facebook post a couple of weeks ago, I explain more about that here.) I wish I could tell you it doesn’t hurt my feelings. Honestly, it does. I’m still learning to believe the truth about me, remember? ;-)…

…Finally, the fourth reason I chose not to attend this year: Yes, both times I have gone to the Grammys I have witnessed performances I wish I could erase from my memory, and yes, I fast forwarded through several performances this year; but my reason is not because of them, it’s because of me. I have been struggling with being in the world, not of it lately. I have fallen prey to the alluring pull of flesh, pride, and selfish desires quite a bit recently…I knew that submerging myself into an environment that celebrates those things was risky for me at this time. I am taking steps to renew my mind to become the Heavenly Father-centered, completely satisfied with Jesus, and Holy Spirit-led woman I felt I was a few months ago, but I’m feeling a bit like an infant learning to walk again on shaky legs. Perhaps being alone with Him as my name was announced was protecting myself from where my flesh would have tried to drag me had I been up on that stage.

Now back to my original post:
And as a blog bonus, here’s an excerpt of an interview I did with her when her album “What If We Were Real” came out in 2011. We discussed her weight struggles, achieving her goal of losing 100 pounds, teaching young women to be comfortable with their body image, and how centering her life in Christ has helped her deal with hardship:

It’s the rare singer on “American Idol” who ever got an apology from Simon Cowell after he made a snarky comment about them, but that’s what happened with Season 5 contestant Mandisa. Simon typically directs his insults to the performers’ singing abilities, but this time Simon targeted Mandisa for being overweight. He later apologized on air, and Mandisa accepted because of Jesus’ command to forgive those who hurt us.

Since then, Mandisa has become a Grammy and Dove Award-nominated pop and gospel singer who just released her fourth album, “What If We Were Real,” which produced her first #1 hit (“Stronger”) on the U.S. and U.K. Christian music charts. But even more importantly, the album’s release coincided with the goal Mandisa had set for herself to lose 100 pounds after a lifelong struggle with being overweight.

Mandisa joined me recently on Christopher Closeup to discuss God’s role in her weight loss struggle and the role that suffering has played in her spiritual growth.

TR: People wouldn’t automatically assume that God could help them in their journey to lose weight. How and why did you invite God into that aspect of your life?

Mandisa: I realized that to lose weight, you have to eat right and exercise. For me—because I believe it’s a food addiction in my case—I knew I had to tap into something that was much more important than just the physical side of it. I’ve come to learn that I was trying to fill a void with food that could really only be filled by God. I had to invite Him in and depend on His power to get me through that because, on my own, my flesh would win out every single time.

TR: We’re talking about being overweight, but there’s another problem for young girls in this country thinking they have to be a size zero because of the pictures they see in magazines, movies, and TV. When it comes to body image, what do you think is the most important concept to keep in mind?

Mandisa: Women and girls…are [shown] images of what beauty is. We are subconsciously told that unless we measure up to those magazines, that we’re not beautiful. I very strongly disagree, and I’m thankful that God began showing me that…He showed me that my identity doesn’t come from that reflection in the mirror, that it comes from what He lays out in Scripture in 1 Peter 3. It talks about the unfading beauty that comes from the inside, a gentle and a quiet spirit which is of great worth in God’s sight. Having lost over 100 pounds, I know that it is about so much more than my physical appearance. It’s about obedience, it’s about trying to honor God with my body, and it’s about health. I’ve tried to make this journey about so much more than just a number on a scale. I’ve tried to make it about what’s good for me—mind, soul, and body.

TR: Listening to the song “Stronger” and other songs on “What If We Were Real” reminded me of something the actress Patricia Heaton said on this show last year about confronting tough times. “The life of a Christian,” she said, “doesn’t guarantee sunshine and lollipops.” And I think that’s the impression some people have of Christianity: that if you accept Jesus, all your troubles will disappear. But it’s not that simple. How has centering your life in Christ helped you better deal with the hardships we all encounter?

Mandisa: I think so often as Christians, we feel like we have to put on our brave face and show the world how wonderful everything is. The fact of the matter is, we’re not promised that everything is going to be wonderful. We’re actually promised the exact opposite. We’re promised that in this world, we will have troubles. But the solution to that is not the absence of troubles. The solution is that we have the opportunity to walk out of those troubles with the Lord.

It’s not to say that we’re perfect. It’s to say that we’re to bring our imperfections to Him, the only one who truly is perfect, and that He’ll help us to walk those things out. “Stronger” recognizes that we’re going to have difficult times, but it also recognizes what we can get out of those difficult times. One of my New Year’s resolutions is to memorize a new passage of Scripture every month, and my passage for January was 1 Peter 5:6-11. Verse 10 says, “And the God of all grace who called you to His eternal glory in Christ, after you have suffered a little while, will Himself restore you and make you strong, firm and steadfast.”

TR: We’re talking about your weight loss struggle, but “Stronger” really applies to anyone going through problems. Do you hear from fans about how the song has helped them with what they’re going through in their lives?

Mandisa: I’ve never heard a response to one of my songs like this one. Every single day, I hear from people who are struggling in areas that, to me, feel impossible. But I’ve come to learn that God gives us the grace to face the things that we are walking through. I used to misquote the Scripture, 1 Corinthians 10:13. I used to think it says God won’t put more on us than we can bear. That’s not what the Scripture says. It actually says God won’t allow us to be tempted beyond what we can bear. I actually do believe He allows us to go through things beyond what we can bear because I think it helps us to understand our utter dependence on Him, to know we cannot do it on our own. We have to walk through those things with Him.

I’m always amazed to hear what people are walking through. Knowing that hearing “Stronger” helps them to know they’re going to come out of it. And it gives them hope. I love that.

To hear the entire interview with Mandisa, visit http://www.christophers.org/americanidol. 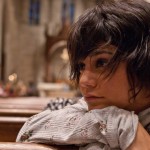 January 24, 2014
Why You Should See "Gimme Shelter" and Ignore the Critics Shouting "Agenda!"
Next Post

January 30, 2014 Two Hearing-Impaired Girls Get Surprise Visit from Deaf NFL Star
Recent Comments
0 | Leave a Comment
Browse Our Archives
get the latest from
Catholic
Sign up for our newsletter
POPULAR AT PATHEOS Catholic
1