Harlem Globetrotters Add Teen with Down Syndrome to Roster 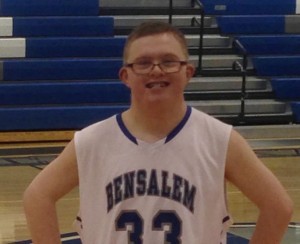 Eighteen-year-old Kevin Grow from Bensalem, Pennsylvania, became an Internet phenomenon when video of him scoring four three-pointers in a high school basketball game went viral. The sports-loving teen, who was born with Down Syndrome, has now taken his moment in the sun even further. He was recruited to play with the Harlem Globetrotters at the Wells Fargo Center in Philadelphia.

See what happened in the ABC News video below. And keep in mind the words of Kevin’s mom: “Kids with special needs have a lot of abilities that you don’t even know. Don’t undersell them. Challenge them. Make sure they can reach their full potential.”

March 9, 2014
UPDATE: "Cosmos" May Get Science Right, But It Gets Church History Wrong
Next Post

March 12, 2014 VIDEO: Father Jonathan Morris on the Cardinal Virtues, Part One: Prudence
Recent Comments
0 | Leave a Comment
Browse Our Archives
get the latest from
Catholic
Sign up for our newsletter
Related posts from Christopher Closeup