How Two Sentences from Mark’s Gospel Spread Education, Hope and Purpose Around the World 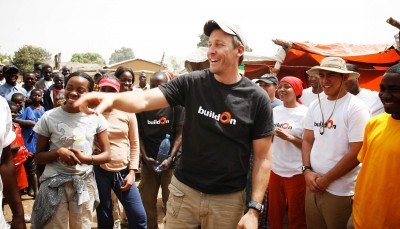 When Jim Ziolkowski got word that several inmates at the maximum security prison Sing Sing wanted to meet with him, he wasn’t sure what to expect. It seems they had all read his Christopher Award-winning book “Walk In Their Shoes: Can One Person Change the World?” about his creation of the nonprofit buildOn, and wanted to discuss it with him. Ziolkowski obliged and found himself locked in a room at the prison with 13 convicted murderers – and no guard. So how did he get to this point?

Ziolkowski grew up in Michigan in a family that modeled faith and service. His father loved the Catholic faith so much that, as a young man, he hitchhiked from Grand Rapids to Gethsemane, Kentucky, so he could hang out with Thomas Merton and experience Mass with the Trappists. Meanwhile, Jim’s mother would take him and his siblings to a local nursing home when they were kids to spend time with seniors who never received any visitors.

After graduating college, Ziolkowski hitchhiked around the world for a year, spending a lot of time in developing countries. He visited India and Nepal only to feel overwhelmed by the poverty he witnessed there.

One day, he passed through a village where they were celebrating the opening of a school. During an interview on “Christopher Closeup,” Ziolkowski recalled, “Now I’m not just seeing the injustice of extreme poverty, I’m seeing the hope, determination, and courage that these community members had around education. When I came back to the States, I saw poverty in our own country in a much different way, especially in American inner cities. There’s a lot of violence and drug activity and it’s seemingly intractable. But I saw that same thread of hope and courage in American youth that I saw in Nepal, and so I wanted to act on these experiences. But I totally chickened out! I took a fast-track job with GE, and it took me 15 months to work the courage up to leave and start buildOn.”

The Genesis of buildOn

Ziolkowski started buildOn out of the kitchen of his parent’s house. The initial mission was to build three schools in poor areas of three different continents, using inner city youth from America to help do it. Beyond good intentions, however, Ziolkowski had absolutely no experience “fundraising, mobilizing communities in developing countries, building schools, or working with urban youth.”

He felt paralyzed by fear, until one night he opened his Bible and read the two sentences that turned his life around: “Fear is useless. What is needed is trust.”

Jesus’s words from the gospel of Mark gave Ziolkowski the courage to call up Jim Parke, the CFO of GE Capital, and ask for financial help. His pitch worked, Parke got on board, and the project slowly started coming together. Though Ziolkowski initially had trouble seeing any purpose to the time he spent at GE, he now realizes that God put him there to make the connections he needed to further his mission.

buildOn is NOT a charity

Though buildOn is a certified nonprofit, Ziolkowski emphasizes, “We’re not a charity. We’re not giving anything away. We are a movement. [For instance], we take kids from the South Bronx to West Africa to build schools. They contributed 1.3 million hours! In developing countries, we’ve built 618 schools; villagers have contributed over 1.1 million work days to build those schools. Before we break ground on any project, each and every community member signs a covenant committing to contributing all the unskilled labor to build the school, and also to send their daughters to school in equal numbers with their sons because gender discrimination is extreme there. It takes four hours to sign this covenant because hardly anybody in the village can actually sign their name. All they can do is add their fingerprints — and they do it with pride because they want to make change and they see the power of education. So we’re not a charity! We didn’t build those schools; they did!”

The inner city youth that help build these schools come from 62 of “the toughest urban high schools in America,” from Detroit, Chicago, Oakland, San Francisco, the South Bronx and Philadelphia. Their efforts aren’t exclusive to foreign work, though. buildOn also employs intensive service learning programs here in the U.S.

“We mobilize kids to transform their communities through service,” explained Ziolkowski. “They go out and work with elders, like I used to when I was a kid. They work with folks that are HIV positive and have AIDS, they spend time with little children who have physical disabilities, they work with adults with developmental disabilities.”

Another positive outcome for young people in the buildOn programs is that 94 percent of them graduate and go to college. This is in schools where the average graduation rate is between 50 to 60 percent. buildOn commissioned a study by Brandeis University about why this is happening, and they discovered there is a causal relationship between the volunteering and the improved school performance.

Most interestingly for Ziolkowski was the discovery that when these kids get involved in the program, “they don’t have a sense of control over their lives or their future. There’s so much chaos and violence in the community. When they get involved, they realize what they can accomplish. They elevate expectations for themselves and in the study’s words, ‘They gain a sense of hope.'”

‘You Could Save Somebody’s Life’ 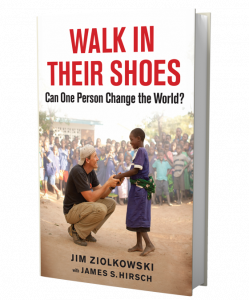 And that takes us back to Sing Sing, which is filled with inmates who never had that sense of hope or purpose. Ziolkowski spent three-and-a-half hours listening to the 13 prisoners who had read and appreciated “Walk In Their Shoes.” The majority of them came from the South Bronx, so he told them he was going to be meeting with kids from the South Bronx soon to discuss buildOn programs. “There’s a lot of wisdom here,” said Ziolkowski. “What do you have to say to these kids?”

One inmate, Eric Benson, shared that when he was 17, he joined a gang because he wanted to feel like he was a part of something bigger. Though he never did drugs himself, he moved a lot of drugs and wound up killing a man named Dwayne Thompson. Through tears, Benson said, “That day, two little boys lost their father. Dwayne Thompson had a five-year-old and I had a six-month-old boy.”

Benson’s plea to Ziolkowski became, “Go to the gang members, get them involved. You could be talking to the same kid I used to be. You could save somebody’s life.”

The inmates became so invested in saving other young people from making the same mistakes they made that they’re collaborating with buildOn to recruit gang members and get them out of that life. One of their initial steps is to reduce gun violence, beginning with a gun buyback program.

And so, Jim Ziolkowski’s work continues, though he hesitates at taking credit for buildOn’s accomplishments. He concluded, “The best answer I heard to the question, ‘Can one person change the world?’ came from one of our students in the South Bronx, a girl named Marlena. We were building a school together in Haiti, and I said, ‘What do you think, Marlena? Can one person change the world?’ And she said, ‘Yes, Jim. But not by yourself!’ And she’s right! I get way too much credit for what work has been done with buildOn. It’s people uniting and coming together behind a cause.”

June 19, 2014
UPDATE: Thanks, William Devane: A President's Sacrifice Produces Best Episode of "24" in Years
Next Post 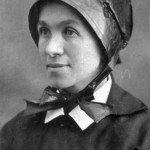 June 26, 2014 Nun Who Challenged Billy the Kid is on the Road to Sainthood
Recent Comments
0 | Leave a Comment
Browse Our Archives
get the latest from
Catholic
Sign up for our newsletter
POPULAR AT PATHEOS Catholic
1