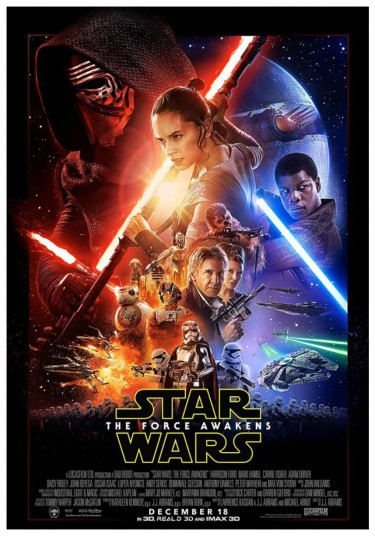 At the end of season one of JJ Abrams’ hit TV series “Alias,” a mysterious character tells a captive Sydney Bristow (Jennifer Garner), “I’ve waited 30 years for this.”

“Star Wars” fans like myself who are old enough to have seen the original trilogy in theaters will adapt that timeline to 32 years as we see the continuing adventures of Han Solo, Leia Organa and Luke Skywalker in “Star Wars: The Force Awakens,” directed and co-written by Abrams as well (along with Lawrence Kasdan and Michael Arndt). Happily, this movie was worth the wait.

The story picks up about 30 years after “Return of the Jedi” with the Nazi-like villains The First Order carrying on the tradition of the tyrannical Empire. With assistance from Jedi-turned-bad Kylo Ren, they terrorize a village on the planet Jakku looking for a droid, BB-8, carrying a map to where Luke Skywalker is in hiding.

Standing in their way are Stormtrooper-turned-good Finn (John Boyega) and scavenger Rey (Daisy Ridley), who has more than learned to fend for herself after being abandoned by her parents many years ago. Rey also seems to be developing some latent powers in the Force, which may come to help the Resistance.

That doesn’t mean they don’t get themselves in trouble, though. They escape the First Order by stealing the Millennium Falcon, which had been stolen from Han Solo (Harrison Ford) and Chewbacca (Peter Mayhew) a while back. Han and Chewie intercept the Falcon, and gain a couple of new and able shipmates in Finn and Rey. They must join forces with Leia and the Resistance to destroy the First Order’s planet-destroying new weapon, as well as find the missing Luke.

Just as JJ Abrams turned Jennifer Garner into an action hero with emotional depth on “Alias,” he does the same here with Daisy Ridley, who brings both strength and vulnerability to Rey. She’s no stereotypical damsel in distress, but rather a woman who usually does the rescuing herself. Ridley’s performance is perfect, and she will likely be the standout new face of the franchise.

Her partner-in-crime (so to speak), John Boyega, also brings the right amount of fear, heroism and humor to his role as Finn. In fact, while I primarily wanted to see the classic characters I grew up with, the new characters captivated my attention, too, due to their charisma and a solid script.

Ridley and Boyega have marvelous chemistry together not just in action scenes, but in funny back-and-forth banter. In fact, the whole movie includes a lot more humor than I expected, which is perfect because all good writers and directors know that viewers relate more to characters that make them laugh. That sets them up for a deeper emotional wallop when the dramatic moments occur. And they most definitely occur here.

“The Force Awakens” is Harrison Ford’s best big screen performance in years. At age 74, he still possesses the wit, charm and roguish twinkle in his eye to play the galaxy’s favorite scoundrel turned hero. At the same time, he also conveys layers of bitterness and self-recrimination at life not having gone the way he’d hoped, especially when it comes to family.

From a spiritual standpoint, it’s a nice progression that Han Solo is the one telling the younger characters about the Force, something he used to consider a “hokey religion.” The skeptic has become a believer now, and he knows that power can be used for good or ill, just as religion can be used in real life (though with less light sbares and choking people with your mind).

As great as some of the younger characters are, this is ultimately Ford’s movie, and he carries it with the aplomb of a talented actor who has earned all the admiration and accolades he gets.

“The Force Awakens” is also bittersweet because it’s Harrison Ford’s swan song as Han Solo. Han is killed by Kylo Ren in a particularly moving scene because, as it is revealed earlier in the film, Kylo is actually Han and Leia’s son Ben. Luke trained Ben to be a Jedi, but he was seduced by the power of the dark side and apparently destroyed the younger generation of Jedi that Luke was training. That’s why Luke seemingly disappeared: he couldn’t handle the enormity of his failure.

Leia and Han, however, held out hope that Kylo/Ben would return to the light side – and Kylo does struggle with that side of his nature. When Solo invites him to come back with him, the old smuggler actually holds a glimmer of hope that his family will be reunited. But Kylo commits the ultimate betrayal, killing “Star Wars” most beloved character.

The loss gives the movie the emotional wallop I referred to earlier, and I’m curious how the franchise will handle not having its most bankable and charismatic star on board in the future. Time will tell.

Overall, Abrams has done a magnificent job resurrecting the “Star Wars” brand, and awakening the Force for a new (and old) generation. This is a movie with adventure, humor, family drama, and emotional depth. In other words, it’s a movie that’s not to be missed. 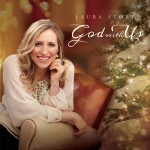 December 16, 2015
Finding Comfort and Joy in the Broken Chapters of Our Lives
Next Post 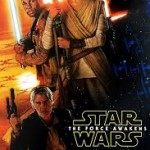 December 22, 2015 Family, Not Just Nostalgia, is Behind Popularity of "Star Wars: The Force Awakens"
Recent Comments
0 | Leave a Comment
"What was the name of the gentleman you were speaking to on CHristopher Closeup Sunday ..."
Katie Raggio Hossley Jimmy Kimmel Deserves an Emmy For ..."
"What a great article! Always loved the chracter and how it was developed from the ..."
Rick Malloy, S.J. The Catholic Church (and the Jesuits) ..."
"I loved the show and Father Francis John Patrick Mulcahy S.J played by the actor ..."
Fr.Ed Wade,CC The Catholic Church (and the Jesuits) ..."
"What a great tribute to a fine actor. As a Catholic I was never more ..."
RajunCajun The Catholic Church (and the Jesuits) ..."
Browse Our Archives
get the latest from
Catholic
Sign up for our newsletter
POPULAR AT PATHEOS Catholic
1