Catholic Comedian Mark Russell Comes Out of Retirement at Age 83

Encouraging news of any sort is hard to come by in Washington these days, thanks mainly to the gridlock that keeps Congress in its grip. That’s why it’s a pleasure to report a bit of good news, even if it’s not of the earth-shaking variety.

Fans of comedian Mark Russell (pictured above) will be glad to know that he’s come out of retirement at the age of 83. That’s wonderful news for clean family entertainment, for Catholic charitable agencies, and anyone who enjoys a good political laugh — at the expense of Republicans, Democrats, and Independents alike.

Mark Zimmermann, editor of the Catholic Standard in the nation’s capital, wrote about Russell in a recent issue, and managed to capture a few of his patented one-liners in the telling. Russell, who had called it a career in 2010 “after decades of skewering politicians,” found that he was at loose ends trying to do nothing. When he heard that a congressman had been caught skinny-dipping in the Sea of Galilee, he cried out: “That’s it! I’m coming out of retirement!”

For those who need a re-introduction to Russell, he’s the bow-tied guy who plays the piano (standing up) on public television specials, all the while cracking jokes that poke fun at politicos of every persuasion. He’s also a regular at the Shoreham Hotel and other smart locations in Washington, where there’s more than enough material for Russell to milk his gags.

The church has benefited marvelously from his jokes. A member of Annunciation parish in Washington, he especially enjoys his emcee duties at the annual “Festival of Hope” dinner of Anchor Mental Health, now part of Catholic Charities. For four decades he has presided over moving testimonials from people helped by the program, describing how their lives had been changed as a result—in addition to getting in his quota of funny material.

More recently Russell has also been hosting the yearly gala of SOAR—Support Our Aging Religious—which has raised funds to offset many retirement costs of religious communities.

Russell comes originally from Buffalo, where he graduated from Canisius High School, and he’ll jokingly blame his Catholic education for his technical-skill shortcomings. “When I was a kid,” he’ll say, “the nuns never taught the boys how to type. The only electronic device I know how to use in my house is the toaster. I can upload toast.” And the male staff at Canisius? “After the Jesuits, the Marines were anti-climactic.”

Russell moved from Buffalo to Washington, in part to be closer to his material — not that he’s worried about running out of it. Asked to name his favorite presidents, he said he supposed that Presidents Reagan and Clinton were the best natural sources of gag material. But he quickly added, “Nobody ever let me down!”

Zimmermann’s Catholic Standard report indicated that Russell can manage to be completely up to date. “If Donald Trump drops out the race,” he observed recently, “I lose 15 minutes of material.”

And still there’s a timeless quality about his work, too. Joking about congressional gridlock, for example, he said that Congress tried to pass a resolution commemorating Cinco de Mayo.

The only trouble? “They couldn’t agree,” Russell said, “on the date.” 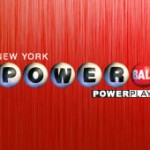 January 11, 2016
Powerball and the Road to Sainthood
Next Post 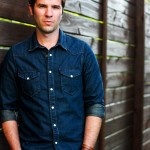 January 14, 2016 PJ Anderson Discusses Bringing Song & Message "Love Will Heal" to March For Life
Recent Comments
0 | Leave a Comment
Browse Our Archives
get the latest from
Catholic
Sign up for our newsletter
POPULAR AT PATHEOS Catholic
1