Eucharistic Adoration and the Witness of a June Bug 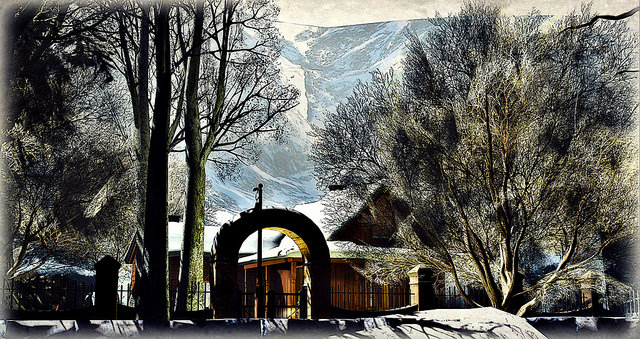 Sometimes, supporters of The Christophers share with us their personal stories of important incidents or spiritual epiphanies in their lives. We recently received just such a letter from a woman named Martha in Youngwood, Pennsylvania.

She revealed a lesson she learned during a religious retreat from a completely unexpected source: a june bug. Here is her story in her own words (with a few minor edits).

Twenty years ago. I started participating in weekend retreats at Saint Emma Retreat House in Greensburg, Pennsylvania. I found this to be a very rewarding experience…As time went on, I decided I wanted to register for a weekend silent retreat. The people who knew me felt I could never do this. However, I registered for the retreat, I found this to be an even greater rewarding experience. I was discovering God in a way I had not experienced Him before.

My desire to grow in a spiritual way was coming alive within me. I found peace when I attended the retreats. The next goal was to attend a five-day silent retreat. When Saint Emma Retreat House sent their schedule for retreats for 2006, I knew this was the time I had been waiting for. This would be the year for my five-day silent retreat!

The retreat was to start on the twenty-first of May. What a God-incident, my birthday, a gift to self to spend time away with God! I was very excited. I blocked the time off on my calendar. I didn’t want to schedule anything to interfere with this special time.

I arrived at Saint Emma Retreat House and registered. The retreat started with the evening meal. Our retreat master was Father Thomas Acklin, OSB, from Saint Vincent Archabbey in Latrobe, Pennsylvania. Dinner was followed by the celebration of Holy Mass. Following the Mass Fr. Thomas asked us if we would like to have Eucharistic Adoration around the clock throughout the retreat. He reminded us that God would be in our presence during Eucharistic Adoration and would speak to us in many ways. We would probably not hear bells and whistles but being in God’s presence we would be still and listen.

I had not been part of a retreat before where the Eucharist was exposed twenty-four hours a day. This was so special. I would awaken during the night and go to the Chapel. Someone was always in attendance. It was so beautiful to see so many people wanting to spend time with the Lord.

On Thursday evening, the last night of the retreat, I went to the Chapel to spend some time in prayer. Father Tom had shared with us in one of his talks what to do if we were distracted by thoughts during adoration. He told us to just refocus on Jesus and the Eucharist.

Thursday had been a very warm day and the opened windows in the Fatima Chapel were without screens. As the evening progressed and the lights were turned on, it attracted many different bugs. The one bug in particular became very distracting. It was a June bug. It came flying at my head. I swatted it with my hand. It landed on its back on the pew in front of me. It was moving around on its back with six or more legs struggling to right itself to its feet while making a funny noise. I have never had a fondness for June bugs and thought they would die if they can’t return to their feet. I’m not quite sure why I thought this.

At this point in time, I realized that I had been distracted. The purpose of being in the Chapel was for focusing on Jesus in the Eucharist; not focusing on a June bug. Immediately my focus returned to the Eucharist.

I don’t know how long I was in adoration of the Eucharist, but eventually my eyes were drawn back to the June bug. It had righted itself and was slowly moving on. At this point in time, these were the words God spoke to me: “Martha, for many years you were like this June bug. You struggled and were not able to move forward. However, when you started to focus on me you were, through my grace, able to right yourself and make progress.”

Wow! Words of wisdom came through loud and clear.

The next morning when I met with Father Tom, I shared my experience in the Chapel with him. I shared my concept that a June bug will die if it can’t return to its feet. He smiled and reminded me that people can die emotionally and spiritually when God is not part of their lives. He reminded me that it was God who had been with me through the many struggles. He had provided the people and the help I needed to bring to my awareness the One who was to be the focus of my life, Jesus Christ, my Lord and my God! I have through God’s grace, righted myself to move forward in my spiritual life! 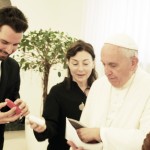 February 1, 2016
UPDATE: Pope Francis to Appear in Family-Themed Feature Film "Beyond the Sun"
Next Post