Reinvent Yourself to Find Success

(The following is the text of the Christopher News Note “Reinvent Yourself to Find Success,” which was written by a freelancer. If you’d like a pdf or hard copy, see the end of this post.)

We humans are big on planning and control. We want to map out our next move, our next day, our next year! We don’t like surprises – at least not the kind that put us at the mercy of someone or something else and force us to go places we desperately want to avoid. A health crisis, a job loss, the death of a loved one, even the onset of middle age can throw us onto an uncharted path and shake us to our core.

Most of us say a prayer and hope for the best. But those who’ve gone through those experiences can offer us some needed perspective.

They reveal that it is often the very thing they feared that wound up generating the greatest growth in their personal and professional lives, pushing them to look at things in a new way and leaving them feeling blessed and grateful.

Tania Dirks, director of project development for a fundraising company, recalls, “My company lost a million dollar account and was forced to cut my hours and pay. Faced with a situation where I wasn’t entirely looking for a new job, I needed to find a creative way to supplement my lost income.”

An artist who has studied painting, Dirks had long ago shelved the idea of turning to her art for income, but the change in her work situation forced her to take a risk. When someone suggested she look into teaching at a community-based art program for seniors, she decided to give it a shot. That class led to a job teaching art to children after school. Now Dirks has multiple freelance painting jobs, which has allowed her to remain in her development position and provide for her family.

Her advice to those facing a similar situation? Share what you’re going through with others, whether on social media, on the playground with other moms, or in the parking lot after church on Sunday. Dirks learned quickly that others not only wanted to listen and offer words of encouragement, but also wanted to offer options and possibilities. She had to learn to listen with “non-critical ears,” she says, and remove her usual filters in order to really hear and accept what people were suggesting. “In short my message is this: ‘Seek and you shall find,’” says Dirks.

Of course, not every life transition can be smoothed with such grace and success. Sometimes we’re faced with debilitating illnesses or chronic health conditions. Sometimes we lose a loved one and our entire world is turned upside down. So many struggles can derail us, but regardless of the reason, the answer to our problem is often found in those moments when we admit to ourselves and others what we really need and want.

In her book “Unleashed: A Catholic Woman’s Walk with Scripture,” Sonja Corbitt recalls a time when she and her nine-year-old son had grown apart as she homeschooled him and he struggled with math. The problems, she wrote, began to define their relationship, so she prayed for help. Then, on Christmas morning, the boy was in a devastating accident that required intensive care, reconstructive surgery and a long, slow recovery.

Months later, when Corbitt’s son used his walker to come into the kitchen one day, he told her he was glad the accident happened. When she asked him what he meant by that unexpected observation, he replied: “Because God brought us closer together.”

Corbitt’s story is a testament to the truth of Romans 8:28: “We know that all things work together for good for those who love God, who are called according to His purpose.” In other words, God can even bring good out of tragedy and suffering.

Over the course of our faith lives, and the lives of the holy men and women who serve as our role models, we see that very thing play out again and again. The key, it seems, is to continually come back to God, to trust even when we have no logical reason to trust, to pray even when we think our prayers are falling on deaf ears, to reach out to those around us even when we want to retreat into our fears.

Some of the best success stories come out of “failure” and rejection. For instance, Dr. Seuss’s first book, To Think I Saw It on Mulberry Street, was rejected 27 times before a publisher took a chance on it. There’s also Steve Jobs, who dropped out of college and founded Apple only to be dumped by his own company, strike out on his own, and come back to take Apple to the top of the heap.

Barbara Corcoran, star of the hit show “Shark Tank” and author of “Shark Tales: How I Turned $1,000 into a Billion Dollar Business,” failed at 22 jobs before borrowing $1,000 from a boyfriend, quitting her waitress job, and starting a real estate office in New York City. On a LinkedIn post titled “How to Reinvent Yourself,” she says that “repackaging” is better than “reinvention” since you “can’t change your wiring.” Build on your existing strengths, think about what you love, what you care about, what you’re good at, and go from there, she says.

“Change is tough and you can always come up with 100 reasons not to do something or quit in
the process,” Corcoran writes, “but reaching a goal that you bravely fought [for] and won, is
invigorating and a worthy reason for doing it.”

When Life Gives You Lemons…

For Mary DeTurris Poust, a Catholic author and retreat leader who had been a full-time freelancer for close to 20 years, things came to a screeching halt when her major client’s business began to fail.The domino effect quickly reached her own business at the absolute wrong time, as her first child was set to head off to college. On top of that, she was unsure she wanted to face dramatic professional change just when she’d hoped she’d be coasting in her career. At 53, she did not want to return to a full-time office job or give up the independent writing business she had worked so hard to build. And yet, maintaining the status quo was not an option.

Knowing she had to move quickly, DeTurris Poust dusted off her résumé, updated her LinkedIn page, and began to pound the virtual pavement, looking for work and making lists of possibilities. She eventually drew up a proposal for a possible client and set a meeting. Only a few months later, she was working as a part-time consultant with a full-time position in the offing. And while the job was literally an answer to a prayer and the perfect fit for her background and experience, it did not come without a period of mourning.

“As excited as I was about the new job, I was grieving the loss of the old job and the old way of life. I actually went on a five-day retreat to pray about it and come to terms with the lifestyle I was facing and the one I was leaving behind. In some ways, I’m still not completely there, but I’m getting closer to acceptance and even excitement,” she said.

DeTurris Poust came to realize that the old adage is true: necessity is the mother of invention. When we are forced to face a new, sometimes difficult circumstance, we often reach deep within ourselves and come up with plans and possibilities we had never before considered.

Saints Reinvented Themselves Too

Sometimes, change can set into motion not only emotional and spiritual turmoil but practical chaos that can leave us fighting personal battles on multiple fronts.

We can look to the lives of some of our greatest saints and see how those kinds of moments redirected the course of history. St. Francis of Assisi turned from his wealth and his wild ways when a vision from God convinced him he should pursue a life of poverty and holiness. St. Ignatius of Loyola, another wealthy soldier and eventual founder of the Jesuits, experienced his conversion moment when he was confined to bed due to a war injury.

St. Jane de Chantal, a wife and mother of four who committed herself to a life of prayer after her husband’s tragic death, went on to found the Order of the Visitation for women who had been rejected by other religious communities. She wrote that we must learn to “throw ourselves into God as a little drop of water into the sea, and lose ourselves indeed in the Ocean of the divine goodness.”

Reinvention requires that kind of risk, that kind of trust. Without it, we will continue on autopilot, even when our flight path is headed for disaster, or, at the very least, dismay. When we move forward in the face of struggle, when we get up every time we fall, trusting in God’s plan for us, we take those first tentative steps toward reinvention and true happiness.

“Obstacles don’t have to stop you. If you run into a wall, don’t turn around and give up. Figure out how to climb it, go through it, or work around it.”
– Michael Jordan, Six-time NBA champion

Tips for Reinventing Your Life

1. Focus on the positive and count your blessings. Even in the most trying circumstances, God’s blessings still surround you — and more are on their way.

2. Consider what you do want, rather than what you don’t want. People sometimes feel dissatisfied with circumstances in their lives, yet are often unsure of what to do about them. By focusing on your passions and talents, you increase feelings of fulfillment.

3. Get inspired. Pray, read a book, take up a new hobby, observe nature. Breaking up your routine may result in creativity, enthusiasm and wisdom.

4. Connect with others. We need to have others support us in our journeys. As Jesus says, “With God all things are possible.”

To receive a pdf or mailed copy of “Reinvent Yourself to Find Success” – or to subscribe to Christopher News Notes via email or snail mail – send your request to radio@christophers.org 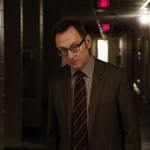 June 16, 2016
God and "Person of Interest's" Harold Finch Seem to Agree on Free Will
Next Post 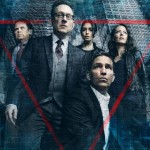 June 22, 2016 Requiem and Redemption: A Review of the "Person of Interest" Series Finale
Recent Comments
0 | Leave a Comment
Browse Our Archives
get the latest from
Catholic
Sign up for our newsletter
POPULAR AT PATHEOS Catholic
1