Why we call it “a personal relationship with Jesus”

Why we call it “a personal relationship with Jesus” July 10, 2013 David Murrow

If you’ve attended an Evangelical church lately, you’ve probably been invited to enter into “a personal relationship with Jesus Christ.”

That phrase, “personal relationship with Jesus” has become the number one metaphor modern Evangelicals use to describe their faith. They use it to draw a contrast between a living faith (personal relationship) and a dead one (going through religious motions).

What I find interesting is that Evangelicals, who pride themselves on hewing closely to the Bible, have chosen to encapsulate their faith with a phrase that never appears in scripture. Nowhere in the sixty-six books of the canon are the faithful called to enter into a personal relationship with God or Jesus.

Admittedly, there are a number of passages where a relationship is implied, including many in the Gospel of John. A healthy walk with God is in some ways analogous to a relationship. I believe God is personally involved in my life and he cares for me.

However, it’s ironic that we who believe so fervently in the sufficiency of scripture regularly go beyond it when we describe our faith.

Why does this matter? As I’ve pointed out in Why Men Hate Going to Church:

Men on the other hand, are obsessed with mission. They watch movies and read books about a hero who goes on a dangerous mission: Spider Man, Batman, Superman, Iron Man, James Bond, Jason Bourne – the list of heroes and their missions is long. On a personal level, men are happiest when they’re on a mission, and that mission is going well.

Don’t misunderstand – men also enjoy good relationships, but they are often a secondary concern. And women enjoy mission – but mission is rarely foundational to their sense of well-being (Leaning in, notwithstanding).

Now to my point: whenever we speak of the gospel as a relationship, we’re using the native language of women. When we use romantic imagery to describe our faith (intimacy with God, falling in love with Jesus, a passionate relationship with Christ) we further alienate men. Imagine the mental gymnastics that must take place inside a man’s head as he imagines himself becoming intimate with a long-haired, bearded man wearing a robe.

For years I’ve been curious about this little phrase. If it’s not in the Bible, where did it come from? When was it first used? I never knew until I stumbled across a fascinating new tool from Google called Ngram Viewer. Type in any phrase and Google will search its vast library of books for references to that phrase. Best of all, it organizes the references by date, so you can see when a saying came into popular use.

I typed in “personal relationship with Jesus” and got the following graph (click on the graph to see it full size):

According to Google, the phrase was never used until the late Victorian era, and then only sparingly. Here’s the first known reference to the phrase in Google’s book collection, a book titled Rest By The Way, written by Caroline M. Hallett in 1881: 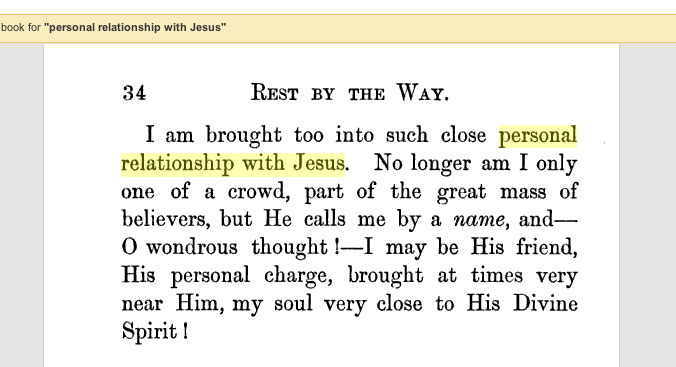 Interestingly, the phrase becomes briefly popular in the late 1910s and during the early 1940s, during America’s World Wars (while the men were off fighting, the women were at home having a personal relationship with Jesus).

The phrase falls out of use during the postwar years. Hardly anyone was referring to the Gospel as a personal relationship in the late 50s and early ‘60s, and these were the golden age of church attendance. Men’s participation rates were never higher.

But toward the end of the 1960s men began to drift away from the church, and the tendency to refer to the Gospel as a relationship began growing exponentially (click on the graph to expand):

This was the growth era of the evangelical subculture and its focus on female consumers. Christian books, music and media outlets proliferated, all heavily dependent on women buyers and viewers. Savvy authors and preachers realized this and began using female-friendly metaphors in their books and sermons. Chief among these: a personal relationship with Jesus.

But the unintended consequence of this shift has been to alienate some men – particularly young men, who do not think relationally. It takes men’s eyes off the dangerous mission Christ gave us.

This phenomenon has gone largely unnoticed because the men who manage our churches tend to be relational types. These men have a hard time understanding how a guy might be confused by the idea of faith as a relationship.

Furthermore, describing our faith as a relationship may be contributing to the widespread immaturity among today’s churchgoers. Relationships rise and fall based on feeling and sentiment, but mission is about achievement and purpose. Relationships are about being – missions are about doing. The very word “relationship” implies a certain equality that can cause men to revere and fear God less.

So how about you? Have you used the phrase, “Personal Relationship with Jesus” when sharing your faith with men? When preaching or teaching? How have the guys reacted? Comments are open. 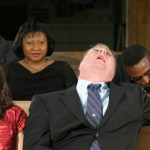 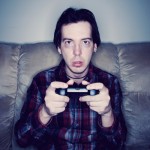 What Do the People Love?
Cranach
Related posts from Church for Men