Are Christians obsessed with sex? 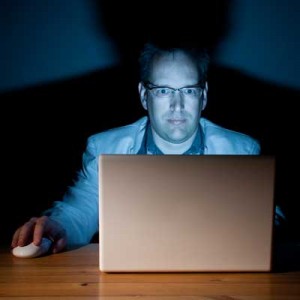 Megablogger Rachel Held Evans has attracted a lot of attention with her recent post on CNN: Why Millennials are leaving the church.

She sees a movement among her generation away from the glitzy megachurch experience, and a return to high-church traditions. She believes young adults want “not a change in style, but a change in substance.”

Most of what Ms. Evans says on her blog is absolutely true, especially assertions such as this one:

Time and again, the assumption among Christian leaders, and evangelical leaders in particular, is that the key to drawing twenty-somethings back to church is simply to make a few style updates – edgier music, more casual services, a coffee shop in the fellowship hall, a pastor who wears skinny jeans, an updated Web site that includes online giving.

But the statement in her post that’s drawn the most fire is this:

So are evangelicals “obsessed with sex?” I would say, “yes,” and with good reasons. Here are five of them:

Young adults may prefer we keep the Bible’s teachings on sex under wraps (for obvious reasons) but to do so is to avoid one of the great moral battlegrounds of our time. A lot of people are struggling with sexual temptation and the consequences of their sexual choices. They want and deserve guidance.

We live in a brave new world of Internet pornography, sexting and casual hookups. No society in history has had such easy access to so much sexual stimulation. The church cannot be silent, because:

The scriptures have a lot to say about sex. The Bible envisions sex as the ultimate expression of love between a man and a woman who have committed everything to one another for life. It’s sacred.

This high view of sex is not based on some obscure Old Testament passage. Jesus is extremely strict when it comes to adultery, divorce and even lust – more so than the patriarchs.

Fear of sex is one of the main reasons parents raise their kids in church and send them to youth group.

A lot of churchgoing parents (particularly mothers) look back with remorse at their teen years. They deeply regret their pre-marital promiscuity and want to spare their children the emotional pain, disease and brokenness they endured.

So they immerse their youngsters in church culture, hoping they find good, wholesome friends and avoid wild living. Purity rings, kissing-dating-goodbye and virginity pledges are devices designed to help teens live up to the demanding standards of the Bible – and their parents.

Youth leaders can’t ignore sex. Their students (particularly their boys) think about it 24/7. They’re desperate to talk about it. And if youth groups simply ignored sex or went with the flow of culture, parents would withdraw their kids. Youth leaders would lose their jobs.

Mothers and grandmothers power the church. They want grandchildren.

They average churchgoer in North America is a married, 55-year-old woman. What does she want more than anything? Grandchildren. And how do you get grandchildren? Heterosexual marriages.

Mothers and grandmothers don’t want their offspring to absorb mixed or confusing messages about sexuality – especially in church. They want a clear glide path that leads their children toward stable, childbearing unions. This one of the main reasons nurseries and Sunday schools are nearly empty in many mainline congregations – parents are taking their kids to churches that preach the traditional view of marriage and sex.

Society used to help men curb their desires — but our modern world throws gasoline on the fire. Never in the history of the human race have men faced so much overt sexual imagery. Men need help dealing with the unprecedented flood of sexual stimulation that comes their way daily.

Many studies have shown that men are more interested in sex than women. Generally men have a higher sex drive than women, experience more frequent sexual thoughts and fantasies, use pornography and prostitutes at a higher rate, and are more likely to be diagnosed with sexual dysfunction and addiction. Men who want to avoid these pitfalls need more support from the church, not less.

I don’t want to mischaracterize Ms. Evans’ blog. She didn’t say the church should abandon its teachings on sex. But her implicit message – “If the church would just tone down all the rules surrounding sex, then the Millennials would come back,” is dangerous and ultimately foolish. Just ask the liberal mainline how that strategy is working.

Jesus calls us to a higher standard in every area of our lives – including how we use our bodies. The church must never cede this ground – even if it makes us unpopular among the young.

Portions of this blog entry are derived from my latest book, What Your Husband Isn’t Telling You. To order an autographed copy, mailed to you from my studio in Alaska, click here. 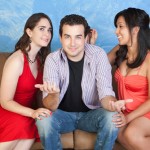 August 21, 2013
Will marriage change gays - or will gays change marriage?
Next Post 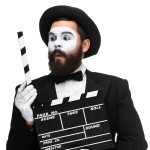 September 4, 2013 Using cinema to open men's hearts
Recent Comments
1 Comment | Leave a Comment
Browse Our Archives
get the latest from
Church for Men
Sign up for our newsletter
POPULAR AT PATHEOS Evangelical
1

Be Careful What You Put Your Hope in,...
Like many of you, I am not looking forward to all the...
view all Evangelical blogs
What Are Your Thoughts?leave a comment
Copyright 2008-2020, Patheos. All rights reserved.