The following post is an excerpt from my book, WHY MEN HATE GOING TO CHURCH (Revised edition). To order an autographed copy, click here.

For centuries Protestant worship remained fairly static. But toward the end of the twentieth century, worship changed—not just in style, but also in function. The old worship was formal, corporate, and emotionless; the new worship is informal, individualistic, and touchy-feely. The old worship was about coming together to extol God; the new worship is about coming together to experience God. The target of worship has fallen half a meter—from the head to the heart.

Most people assume the transition to new worship has been a good thing. Young people seem to like it. Growing churches all offer it. It’s simply assumed that new “church plants” will offer praise and worship instead of traditional hymnody.

But is the new worship a good thing for men? Before we can answer that question, we must understand why Christian music changed so completely at the end of the twentieth century—and how that change is affecting the way Christians worship God.

During the late 1960s, young hippies began turning to Jesus. They went to church but found the music to be a real bummer. Old-fashioned hymns didn’t connect with kids who had grown up listening to the Grateful Dead, Creedence Clearwater, the Beatles and Janis Joplin.

The combination of rock and roll and the gospel was a combustible mix in the early 1970s. Many believers had decided that rock music was of the devil after watching Elvis gyrate on the Ed Sullivan show in 1956. During the 1960s, rock music was seen as the gateway to sex, drugs, and immorality of every kind.

Early Jesus Music bands struggled to get by. Churches barred them from using their facilities. Christian radio stations refused to spin their records. Concert promoters wouldn’t book them. Yet the bands soldiered on, playing whatever gigs they could find, often for free, depending on “love offerings” to put enough gas in the tank to reach the next city.

Things began looking up in the late ’70s. Christian bands became more polished. They started filling larger venues. A few churches began inviting them in. Secular rock stations began playing CCM on Sunday mornings. Hit albums sold in the tens of thousands. Some acts even made a little money.

In 1978, a seventeen-year old schoolgirl released her first CCM album. Within a decade, Amy Grant changed the course of sacred music—and in the process, altered the way Christians worship God. 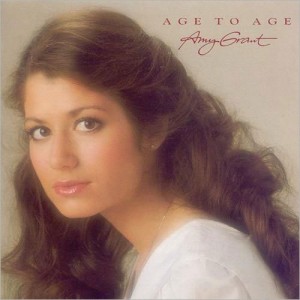 Amy Grant was record sales juggernaut. Her Age to Age was the first CCM album to go platinum. She later crossed over into secular pop, greatly expanding her reach. She’s won multiple awards, sold more than thirty million records, and was even hired by a major national retailer to endorse its products.

Amy Grant proved that Christian musicians could have mainstream appeal—and earn buckets of money. Amy’s success drew millions of investment dollars into the Christian music industry. CCM stations began popping up all over the United States. More Christian acts crossed over into secular music—increasing their potential for evangelism—and earnings.

This influx of cash allowed Christian concerts to become just as sophisticated as secular ones—with advanced lighting, sets, effects, video, and sound. By 1995, the only difference between sacred and secular concerts was the obligatory talk about Jesus—and the lack of pot smoking in the audience.

CCM concerts and stadium events not only changed Christian music—they began changing people’s perception of what worship can and should be. Young believers became accustomed to worshipping in darkened rooms, under stage lighting, with a rock band in the lead. Young adults came to accept large video screens, special effects, and even smoke machines as a part of worship. And they experienced something previous generations of worshippers never had—the worship high—that euphoric feeling one gets from singing with a vast multitude of highly committed believers (who paid to get in).

Naturally, these young concertgoers began to ask, “Why can’t my congregation worship like this every week?” Thus began a forty-year intergenerational conflict, which came to be known as the “worship wars.”

During the ’70s most churches simply ignored the growing influence of praise and worship. But by the late 1980s, congregations that did not offer PW were losing young people—particularly the committed young believers who attended CCM concerts and knew that worship music didn’t have to come from the plume of Franz Joseph Haydn.

By 2010, the worship wars were all but over—and worship won. Praise songs are sung in almost every church on earth. Guitars, drums, and electronic keyboards are ubiquitous in all but the most traditional churches. Hymns are still sung, but in the fastest growing churches they’re treated as treasured relics—rolled out once in a while when a music set needs a bit of gravitas.

Amy Grant just wanted to sing songs about Jesus, but her success set in motion a chain of events that has altered the way Protestants worship God. It’s not only changed the style of music, but our very worship spaces are morphing into rock concert halls. New churches are building dark, windowless auditoriums with lighting trusses and an elevated stage. Music pulsates from stacked speakers. Video cameras capture a rock show and project it back to us on big screens. Worship leaders dress exactly like their Christian music heroes. Even traditional churches are playing catch-up, by hanging projection screens and by investing in better sound and lighting gear.

And so we come to the big question: is the new worship good for men? We will answer that question in next week’s post. (If you can’t wait, pick up a copy of WHY MEN HATE GOING TO CHURCH, and read chapter 9)

In the meantime, I’d love to hear what you think about the new worship. Do you like it? Do you think God likes it? Does it do a better job connecting men to God? Leave your comment below. Or join the conversation on my Facebook page.

And so we come to the big question: is the new worship good for men? We will answer that question in next week’s post. (If you can’t wait, pick up a copy of WHY MEN HATE GOING TO CHURCH, and read chapter 9)

In the meantime, I’d love to hear what you think about the new worship. Do you like it? Do you think God likes it? Does it do a better job connecting men to God? Leave your comment below. Or join the conversation on my Facebook page. 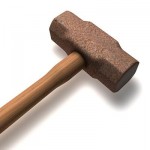 April 23, 2014
How we destroyed our man-building infrastructure
Next Post 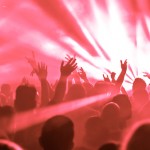 May 6, 2014 Is Praise & Worship good for men?
Recent Comments
0 | Leave a Comment
Browse Our Archives
get the latest from
Evangelical
Sign up for our newsletter
POPULAR AT PATHEOS Evangelical
1

Every Church Needs a Joker (And...
Roger E. Olson
Related posts from Church for Men