Why extramarital sex is suddenly OK 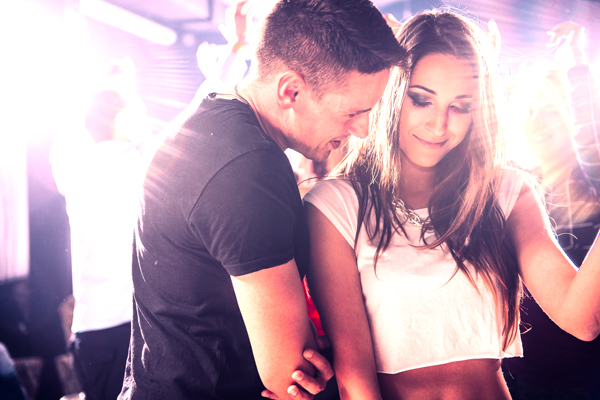 During the 2012 presidential campaign, a Democratic activist was quoted on NPR saying, “When it comes to sex, the Republican Party wants to set the clock back 100 years.” And she was right. Republicans and their fellow travelers (among them, many evangelicals) are indeed trying to restore the sexual mores that prevailed a century ago.

What she didn’t say is that, when it comes to sex, the Democratic Party is trying to set the clock back 5,000 years.

We tend to see the “sexual revolution” as something new. It is not. We are merely reverting to the loose and varied sexual practices that prevailed for millennia in preliterate societies. Sexually speaking, we are returning to the stone age.

Thousands of years ago sex was much less controlled by society. That’s because the world was under populated. Humans were relatively scarce in most places on the globe. Populations were small. Diseases had no cures. Skirmishes between rival bands killed people all the time. Starvation was common.

In many preliterate societies marriage as we know it today did not exist. Family structures varied greatly from tribe to tribe. Coupling was fluid. Girls started having sex as soon as they became fertile. Once word got around that a girl had her period, the elder men of the tribe would approach her for sex. Today we would consider an older man having sex with a 13-year-old girl predatory, but in ancient times it was a matter of survival. It was a way for the dominant males to pass their genes onto the next generation. And every woman was expected to bear 10 or more children in her lifetime, so girls started having sex early – with multiple partners. When these children bore children it was no big deal – the tribe took responsibility for their upbringing.

You also must understand how prehistoric tribes handled food and property. Food was shared. If the hunters returned with game, everyone ate from the kill. There was very little private property since nomadic peoples could own only what they could carry with them. The extreme disparities in wealth that exist today were unknown in prehistoric times.

But when the agricultural revolution began sweeping the globe, humans began to settle down on plots of land. For the first time there was private property – fields, homes, farm implements, flocks, household goods, etc. Food was no longer shared; it belonged to the farmer who grew it (and the king who taxed it). Thus, paternity became very important – fathers had to know who their sons were so those sons could inherit the farmland. Every family unit had to produce its own food – or it would starve.

In this context, uncontrolled sex became a social menace. It confused bloodlines and threatened inheritances. It spread disease. And it created fatherless children and unwed mothers, who had no way to feed themselves.

Since sex created so many problems, agrarian societies began placing it behind a series of locked gates. They said, “Want to have sex? Fine, you have to pass through our gates. And we hold the keys. Play by our rules and you can have all the sex you want. Violate our rules and we will punish you.”

The most prominent of these gates was legal marriage. The union of a woman to a man for life was codified and elevated as society’s ideal, enforced by every religious institution. Marriage betrothed a woman and her children to one man who agreed to protect and provide for them. It stabilized families and formalized inheritances.

Next, society built additional gates to keep people from having sex outside marriage.[1] Adultery and fornication became criminal offenses, punishable by death in many societies. (Adultery is still illegal in about a third of U.S. states, although these laws are rarely enforced today.) As polygamy fell out of favor, bigamy became illegal. Religious codes prescribed total sexual abstinence outside of legal marriage. 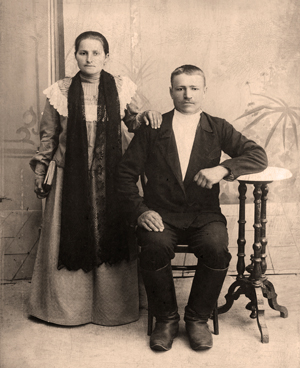 During the Victorian Era ever-higher gates were built to help men resist temptation. Women covered their arms and legs in public, even when swimming. Pornography and prostitution were made illegal. Dates were chaperoned. Many Victorian men never saw a woman’s thigh until their wedding nights.

Societies came up with stories and fables to help men resist the powerful allure of women. The legend of the sirens (mermaids) reminded sailors that the beauty and song of a female could lure a man to his death.[2] One of the most common characters in literature and film is the femme fatale, an attractive woman who leads an unsuspecting man to destruction.

The gates survived into the 1950s. Only married people could rent a hotel room. Condoms were kept behind the drug store counter. Movies upheld high standards of virtue. TV couples like Rob and Laura Petrie slept in separate twin beds.

But beginning in the 1960s, the Western world underwent a transformation known as The Sexual Revolution. In a single generation, thousands of years of accumulated sexual mores, rules, and expectations went out the window.

All the gates were opened at once. Why? Oral birth control and abortion-on-demand all but eliminated the risk of an unwanted pregnancy. Moreover, Western nations guaranteed the survival of illegitimate children through newly minted welfare programs. Condoms became cheap and widely available, promising to slow the spread of disease. And as we left the farm and material prosperity grew in the West, issues of inheritance and paternity became less important. (When paternity really matters, DNA testing is available and highly accurate).

Society looked at the gates we’d placed in front of sex and asked, “Why are these here? The risk is gone. An unexpected pregnancy is no longer a death sentence. We can plan parenthood now. And if a baby is born out of wedlock, we’re wealthy and compassionate enough to care for that child through our social welfare programs (i.e., sharing the kill).”

So society began relaxing the rules that had kept sex under wraps. One by one, the gates swung open. Now, just as in prehistoric times, relationships are fluid, girls are having sex early (with multiple partners), bloodlines matter little and the tribe takes responsibility for raising children.

These changes left Christians to defend agrarian morals in a post-agrarian age. This is why “biblical morality” seems so backward to postmoderns. They ask, “Why restrict a practice that’s natural, healthy and enjoyable? No harm will come of it.” The abortion clinic can clean up any mess it might create. If a child does survive to birth, the government will pay for it – and score political points for showing compassion toward single mothers.

Once again, Christians find themselves standing on a shrinking island. Many of the obvious negative effects of loose sex are gone – or covered up. We still have a few secular arguments on our side: the emotional toll of promiscuity, the disruption of family and the societal costs of abortion and out-of-wedlock births. Even some secularists are beginning to recognize the damage fifty years of sexual license has wrought. But who cares about the long-term costs of sex when your hormones are screaming at you? We live in a day when wisdom whispers while pleasure shouts.

I believe the sexual revolution is one of the main reasons men are giving up on marriage. The desire for sex used to drive men to the altar, but why make such a frightening lifelong commitment when the main benefit is so widely available at a lower cost? As the old saying goes, “Why buy the cow when the milk is free?” (And if you can’t find a real sex partner, an online simulation will do.)

On the other end, the decoupling of sex from marriage means millions of boys are being raised by women, without a male role model of any kind. We’re only now assessing the damage this has caused. Some have suggested father estrangement played a role in the recent spate of young male suicides and gun massacres, all of which have been perpetrated by men.

I recently read a heartbreaking post on Facebook. It was from a young lady I’ve known for decades. She has two children but no husband. Her significant other recently left her after 12 years. She wrote: “Our world has never had more sex and less love.” At the age of 36 she’s longing for that agrarian model of love that was once so common – a man and a woman, united ‘til death. A couple that stays together through thick and thin, not because of feeling but because of commitment. It’s a kind of love that was common a century ago, but which is passing away in our generation. And what will replace it? That’s the subject of my next post.

This blog post is partially excerpted from my latest book, What Your Husband Isn’t Telling You. To order an autographed copy, click here.

[1] Occasionally an individual society chose to open some of the gates. Think of ancient Rome, or Corinth. Sexual taboos were lifted (at least in certain circles). Vice laws were relaxed. But resulting wave of pregnancies, sexually transmitted diseases, and impoverished, fatherless children weakened these societies. Sexually libertine civilizations never endure long—they always rot from within.

[2] To see a truly terrifying depiction of the sirens, watch the film Pirates of the Caribbean 3: On Stranger Tides. 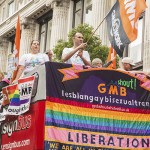 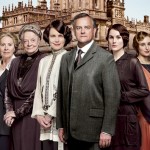 July 14, 2015 Why informality is suddenly OK
Recent Comments
0 | Leave a Comment
Browse Our Archives
get the latest from
Church for Men
Sign up for our newsletter
POPULAR AT PATHEOS Evangelical
1