How the sexual purity movement drives young men from church 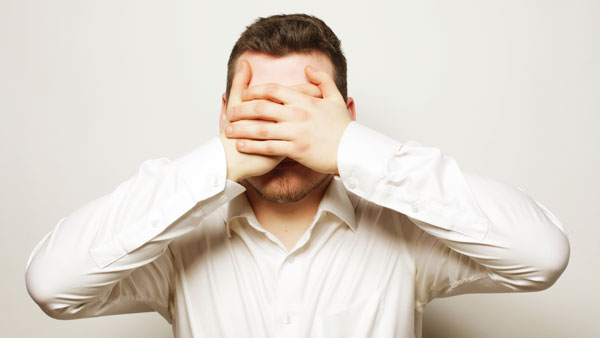 My previous post explored two screens that remove young men from church: the Sunday school and youth programs. Many congregations unintentionally skew these programs toward the strengths and interests of girls. Boys get tired of losing in church – and so they withdraw as soon as they’re given the chance.

Now, before you go atomic, let me be absolutely clear: I am not saying that churches should loosen their moral standards to attract men. In fact, the churches that have accepted a wide variety of sexual practices (i.e. the liberal mainline) are hemorrhaging men. Guys want frank, biblical teaching when it comes to sex and relationships. They want clear standards.

However, beginning in the 1990s, some strange teachings surrounding sex and relationships were sown in the church. Christian parents who grew up during the first wave of the sexual revolution (and saw the wreckage it created) began pressuring youth leaders to focus most of their teaching on sexual purity and relationships.

This focus on sexual purity birthed a number of movements that altered the dating habits of young Christians – and began driving young, heterosexual men out of the church.

The anti-dating movement. Inspired by the runaway bestselling book by Joshua Harris, many young believers decided to kiss dating goodbye. Instead, they entered into formal courtship arrangements with potential mates, preferably under parental supervision, with an eye toward marriage.

Harris’s book was an instant hit – snapped up by frightened mothers who wanted to spare their daughters the pain they had experienced during the swinging ‘60s. I Kissed Dating Goodbye spawned a host of copycat titles that attempted to build ever-taller walls around teenage passions.

Now, I’m all for parental involvement in kids’ lives – particularly when it comes to dating and relationships. But we no longer live in a culture where parents arrange their children’s marriages. And it’s easy to see how this bias against casual dating might feel like a straight jacket to a young man. A nice fellow may be seen as a wolf simply for asking a girl on a date. The prospect of marriage is frightening to the average 16-year-old boy.

The supervirginity movement. I know a number of Christian couples that not only refused to have sex before marriage – they have shunned all physical contact. No kissing. No hugging. Some even declined to hold hands before their nuptials. The goal was to have their first kiss at the altar, as they are pronounced man and wife.

But supervirginity requires the marrying man to take an enormous risk.

During courtship, the supervirgin couple explores their spiritual, mental and emotional compatibility, but has no idea if there’s a spark of physical passion between them. The supervirgin woman enters marriage knowing exactly how her husband will respond mentally and emotionally (her primary needs), but the supervergin man has no idea how she will respond physically (his primary need).

Kissing, hugging and handholding are good indicators of physical compatibility; take these away and a guy has no clue whether he’s marrying a red-hot tiger or a cold fish.

Of course, these things shouldn’t really matter, because of a third peculiar teaching that’s rampant in the church today: God has prepared one special person for you to marry. That’s right: Jesus is our heavenly matchmaker. You don’t need to actively search for a mate; simply pray and God will plop that perfect person down in front of you one day.

We were told constantly that “God has that special someone out there for you” and that “you should be preparing yourself for that person even now.” My youth minister never said anything about how difficult marriage might be after we found that special someone. I can’t blame him; he was too busy making sure that we would defer sex until marriage to tell us much about what came afterward.

This crazy teaching has its genesis in Genesis: the only two occasions in scripture when God provided a specific wife for a specific man. God gave Eve to Adam and provided Rebekkah for Isaac. Both were special cases: Eve was the mother of the human race, and Rebekkah was the mother of the Hebrew nation. Through the remaining 65 books of the Bible, God never arranges another marriage. Nonetheless, youth leaders the world over point to these two ancestral couples as proof that God preordains a special mate for each of us.

This bad snippet of theology causes all kinds of dysfunction among young Christians. They fall in love, and then pray intently: “God, is this the one you have prepared for me?” God is silent. Hearing nothing, they have two choices: walk away from a perfectly acceptable mate, or marry under a cloud of fear, terrified that they’re outside of God’s will.

Once problems crop up in the marriage, a Christian woman will sometimes think, “God never clearly told me that Brad was THE ONE. I’ve obviously missed the man God had for me. My marriage to Brad was not God’s will.” The Deceiver has given the woman a theological basis for leaving her husband.

So…a man can choose a Christian girlfriend with all her fantasies and prohibitions, or he can choose a regular girlfriend who will pucker up. Increasingly, even Christian men are choosing to date outside the church. It’s just easier.

Again, there’s nothing wrong with holding to Biblical standards of morality. But in our zeal to protect our children, we’ve set standards of holiness that in many cases exceed those found in the Bible. When we imply that casual dating or kissing is a sin we are spreading “the yeast of the Pharisees” – placing extra-biblical requirements onto the backs of believers.

No wonder young men are giving up.

Yes, dating is risky. Physical contact among teens is dangerous. But so is legalism.

So what’s the answer? We need a revolution in how we raise boys in the faith. And the good news is the revolution has begun. My next blog post will discuss the many ways churches are removing the screens, and the amazing response they’re seeing from young men. 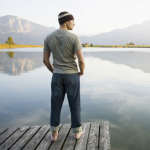 December 8, 2015
How we screen young men out of church
Next Post 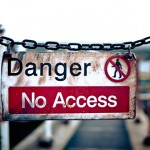