Today is the deadline to have your purity ring melted into a huge metallic vagina.

Nadia Bolz-Weber, a Lutheran minister and darling of the religious left, is asking former evangelical women to mail in their purity rings by December 17. They will be recast into a statue to be presented at the 2019 Maker’s Conference. No word on whether the attendees plan to worship the queen-sized vulva.

Let’s start with a show of hands: who thinks this is a good idea?

Purity rings were a popular accessory for girls growing up in Evangelical churches in the 1990s. Given by their parents, these rings symbolized a commitment to remain chaste until marriage.

The purity movement has not aged well. A lot of women are blaming it for all kinds of dysfunction in their personal lives. In fact, one of the movements leaders has repudiated his bestselling book and his publisher has pulled it from bookshelves.

But back to Ms. Bolz-Weber. May I offer you some friendly advice, from the other side?

If your goal is to start a sexual revolution in the church, you’re going about it in a very strange way.

First, as an ordained minister I assume you’ve read the book of Genesis? Remember what happened while Moses was on the mountain getting the Ten Commandments? The people got impatient with God, gathered up their gold jewelry and formed it into an idol. The real God was not pleased:

Then the Lord said to Moses, “Go down, because your people, whom you brought up out of Egypt, have become corrupt. They have been quick to turn away from what I commanded them and have made themselves an idol cast in the shape of a calf. They have bowed down to it and sacrificed to it and have said, ‘These are your gods, Israel, who brought you up out of Egypt.’

“I have seen these people,” the Lord said to Moses, “and they are a stiff-necked people. Now leave me alone so that my anger may burn against them and that I may destroy them. Then I will make you into a great nation.”

Nadia, surely you grasp what bad optics this is. You’ve grown impatient with the church, so you decide to gather the jewelry and reenact one of the Bible’s gravest errors, casting yourself as the transgressor-in-chief.

Second, although you present yourself as the queen of non-judgmentalism, this publicity stunt reeks of it. It’s fine to disagree with other Christians, but don’t mock them. Take to your pulpit and denounce their narrow-mindedness in a respectful manner. But a crude publicity stunt that targets other Christians feels judgy (unless you believe fundamentalists aren’t really Christians, which is even more judgmental).

Third, you’ve chosen a strange time to call for relaxed sexual standards in the church – since every other institution in the West is tightening the rules surrounding intimacy, especially on campus. Even liberal women are beginning to ask, “Where is the love?” Social media platforms are tripping over themselves to prevent sex. Even Tinder – TINDER is distancing itself from hookup culture. Why are you doubling down on a message that’s so out of step with the times?

And finally, if you’re going to start a sexual revolution in the church you need men on your side. We’re still half the population, and about 40% of the church. We’re also the gender most interested in sex, so we’re natural allies.

Here’s a little insight: Men are grossed out when women fetishize their body parts. We just can’t seem to work up much enthusiasm for pussy hats and golden vaginas. Guess we’re not woke enough.

I’m sorry you had to endure the horrors of a fundamentalist Christian upbringing. I suggest you work out your issues on a therapist’s couch – instead of on a stage. 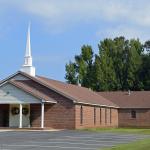 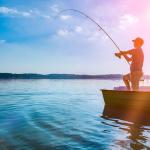 December 19, 2018 How to Get People to Watch Your Sermons Online
Recent Comments
0 | Leave a Comment
Browse Our Archives
Related posts from Church for Men