Psychologists: Promise Keepers Was Right All Along

The American Psychological Association has declared traditional masculinity harmful– to society, and to men themselves.

This set off the predictable howls of protest from conservative media outlets– and mostly silence from the mainstream (liberal) media.

But once you strip away the report’s social justice jargon and the veneration of LGBTQIA sexuality, you discover a set of recommendations that would sound right at home at a Promise Keepers stadium rally.

The APA report criticizes promiscuity, casual hook-ups and risky sexual behavior. Men are encouraged to put aside racism, success, power, competition and control; fear of expressing emotions and vulnerability; restricting affectionate behavior with other men. Instead, psychologists are encouraged to help men become more emotional, empathetic and relational (Anyone who witnessed all the hugging and crying that went on at PK would see how far ahead of its time the organization was).

Other guidelines include: “encouraging positive father involvement and healthy family relationships; supporting educational efforts that are responsive to the needs of boys and men (e.g., anti-bully campaigns); reducing the high rates of problems boys and men face and act out in their lives such as aggression, violence, substance abuse, and suicide; and helping boys and men engage in healthy behaviors.”

The report does recognize that some aspects of traditional masculinity can be positive. “But the same tough demeanor that might save a soldier’s life in a war zone can destroy it at home with a romantic partner or child.” This mirrors the message Joe White used to preach at many a PK stadium rally.

“The clinician’s role, McDermott says, can be to encourage men to discard the harmful ideologies of traditional masculinity (violence, sexism) and find flexibility in the potentially positive aspects (courage, leadership).” I heard that very message preached at a PK event in Seattle in 1996.

It’s funny how things change. During the 1990s Promise Keepers was a target of left-wing scorn, but today many of its outcomes (if not its religious teachings) are being embraced by its critics. Just like PK, the APA is calling for men to examine the harmful cues they’ve absorbed from society and reimagine what it means to be a “real man.” 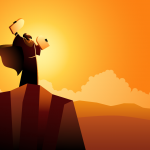 January 6, 2019
Should Pastors Preach Each Others' Sermons?
Next Post 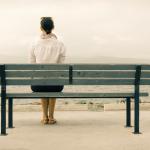 Christians, COVID-19, and the Dangerous Idol...
The Chorus In The Chaos
Related posts from Church for Men 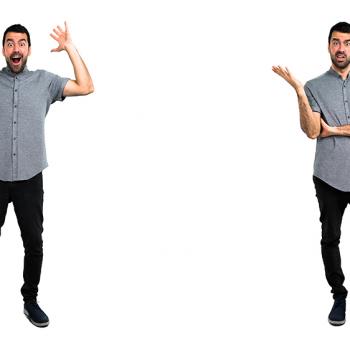 Evangelical
How the New Members' Class Sets Men Up...
Church for Men