Should Pastors Preach Each Others’ Sermons?

Pastor Dean is in trouble.

Three of his kids had big school activities last week. One starred in a play. Another had an out-of-town athletic competition. And one gave a music recital. Dean attended all three.

Tuesday was his wife’s birthday, so he treated her to a moonlight dinner cruise. On his way home from the cruise Pastor Dean’s phone rang. One of his parishioners’ sons was involved in a motorcycle accident. Dean rushed to the hospital. He stayed up all night and spent most of Wednesday at the hospital caring for the family.

On Friday morning Dean got sick. He spent most of Friday and Saturday in bed with a 102 degree fever.

Saturday at 6 p.m. Dean hadn’t even started working on his sermon. So he turned to the internet for inspiration – and found a perfect sermon on YouTube. It was EXACTLY what his congregation needed to hear. He downloaded the sermon notes, built his PowerPoint slides and by 9:30 he was ready to go.

Sunday morning he apologized to the congregation and preached the borrowed sermon, acknowledging that it was crafted by another man.

Tuesday night the deacons fired Pastor Dean after a few key members threatened to withhold their tithes. “We pay our pastor to preach – not parrot other men’s words,” said one critic.

This anecdote may seem unbelievable, but it’s based on actual events.

Many evangelicals have what I call the “Moses to the Mountain Expectation” when it comes to preaching. Pastors are supposed to get alone with God, hear from God and carry back the words of God to the people of God. Every sermon is supposed to be a uniquely inspired message directly from the throne of God, addressed to that particular congregation.

The Moses to the Mountain Expectation makes sermon sharing verboten. Some would go so far as to ban the sharing of sermon outlines, illustrations or even the use of Bible commentaries (use of the Bible itself is still OK).

Any human input is suspect. I posted an article on the Church for Men Facebook page from a pastor who claims to have improved his messages by working with a sermon preparation team. This raised strong objections from some of my readers:

Here are five reasons I think of the Moses to the Mountain Expectation is ultimately foolish:

God doesn’t issue patents. Pastor Joe’s sermon does not belong to Pastor Joe – it belongs to God. It’s not unreasonable to think God might want another body of believers to hear it at another place and time.

With the Internet it’s now possible for pastors to find divinely inspired messages that already communicate exactly what their congregations need to hear. Why do we insist our pastors reinvent the wheel?

Pastors should be free to borrow and reuse sermon material from one another so long as they credit the original source. Personally, I don’t care where a sermon comes from, as long as it’s inspired by God, buttressed by scripture, and delivered with conviction. Extra points if it’s skillfully preached and made memorable via an object lesson or a strong metaphor.

Sermon sharing would allow these overworked servants of God more time to minister to their flocks, their families and to meet their own needs.

So what do you think? Comments are open — or join the conversation on our Facebook page. 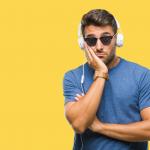 December 27, 2018
Why I Don't Listen to Your Christian Podcast
Next Post 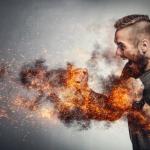 January 9, 2019 Psychologists: Promise Keepers Was Right All Along
Recent Comments
0 | Leave a Comment
Browse Our Archives
Follow Us!