Living in an age of Morality without Mercy

The recent tribulations in the Virginia statehouse have got me thinking: should there be a statute of limitations on stupid? Should we forgive men for dumb things they did in high school or college?

Most people say yes, but increasingly our elites say no.

Exhibit A: Governor Ralph Northam of Virginia, who is currently twisting in the wind after a racially insensitive yearbook photo surfaced. Within hours of the revelation dozens of his colleagues had called on him to step down.

Northam has an impeccable civil rights record. He’s never been accused of harming a person of color.

Yet nearly the entire Democratic party called for him to resign. Over a photo. Taken in college. 35 years ago.

We are living in an age of morality without mercy. It’s a new legalism, dispensed by our leaders.

In this moral universe, points are scored by standing up for the oppressed (minorities, women and born children) and standing against their oppressors (athletes, politicians, actors, or white males). Any attempt to show mercy to the offender is seen as minimizing the offense. Absolution is impossible because no one has the courage to offer it.

Democrats are in a bind. During the confirmation hearings for Supreme Court Justice Brett Kavanaugh they asserted that long-ago misbehavior was grounds for dismissal. Now, in order to be consistent, they must vigorously punish every past indiscretion, or they risk being labeled hypocrites. They’ve become the party of purity in hopes of ousting the sinner-in-chief.

Christians recognize morality without mercy. It was practiced by the Pharisees, Jesus’ legalistic foils. He condemned them for their showy public religiosity, designed to glorify themselves rather than God.  He said, ““Woe to you, teachers of the law and Pharisees, you hypocrites! You give a tenth of your spices—mint, dill and cumin. But you have neglected the more important matters of the law—justice, mercy and faithfulness.” They were focused on the trivial – altogether missing what was most important.

When Christians see the Twitter mob meting out swift justice for long-ago infractions, we shake our heads. We understand the centrality of mercy because we’ve personally received it. Every Sunday we are reminded of our sin – but also of God’s forgiveness. Conversion stories are a regular part of our services. Even our songs focus on transformation: “I once was lost, but now I’m found. Was blind, but now I see.”

Secularists don’t understand this because they have no savior. Nobody to pay the penalty for their sins.

So, back to Gov. Northam. What do you think? Should we forgive his youthful sins? Or are they unforgivable? If a good man’s life can be ruined by something he did 35 years ago, who will lead us? All have sinned. We’re going to run out of politicians.

Perhaps he could sew a scarlet “R” onto his chest and make his penance that way. 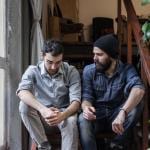 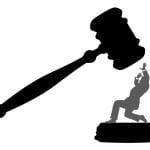 February 22, 2019 We're Living in an Era of "Sinflation"
Recent Comments
0 | Leave a Comment
Browse Our Archives
Follow Us!

What the 1918 Influenza Pandemic Meant...
Anxious Bench
Related posts from Church for Men 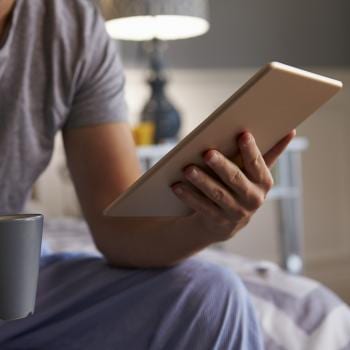