We’re Living in an Era of “Sinflation”

Elites are applying their new, “woke” standards to missteps that were made decades ago. I call this “sinflation,” and it’s going to destroy more reputations in the coming years. Maybe even yours.

Sinflation: judging long-ago transgressions by the moral standards of today.

Example: The Governor of Tennessee is in trouble for wearing a confederate uniform to a party in 1980. A college trustee has been forced to resign over wearing a Nazi uniform to a “Hogan’s Heroes” party that same year.

Then we have Virginia governor Ralph Northam. When a yearbook photo of him appearing in blackface surfaced, dozens of politicians clamored for his resignation. His attorney general admitted to a similar infraction when he dressed as a rapper at a party 40 years ago.

In times past we didn’t judge people by their choice of party costumes. Even the Washington Post admits wearing blackface was once considered “all-American fun.”

But we’re a more sensitive country today. Our elites have chosen to apply their new enlightened standards, ex post facto, to incidents that may not have been such a big deal when they occurred. An occurrence that might have been dismissed as poor taste in the 1980s is seen as a grievous sin in 2019.

Virginia Lt. Governor Justin Fairfax is caught in a bigger snare – having been accused of forcing a woman to engage in oral sex in the midst of a consensual encounter that occurred in 2004.

Fairfax was playing by the rules of the sexual revolution as they existed in 2004. He invited a woman to his room. She agreed. She removed her clothing. She got into bed with him. She had intercourse with him. In 2004, that meant she had given her consent.

But that’s not what consent means in 2019. Today, a woman can withhold consent at any point during a sexual encounter. What Fairfax thought was a casual hookup is now a case of date rape.

I’m not here to argue the rightness or wrongness of what these men have done. My point: moral standards constantly change. And the arc of public morality is bending toward greater protections for women, born children and minorities. As the church exits the public morality enforcement business, society’s elites are taking over, practicing a form of Christian morality without Christian mercy.

Which brings us to the subject of online pornography. If the statistics are to be believed, about half of you use it somewhat regularly.

No VPN or firewall is going to save you when your VISA card is hacked and your payments to the pornographers are laid bare for all to see.

You will lose everything. 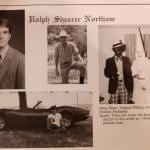 February 11, 2019
Living in an age of Morality without Mercy
Next Post 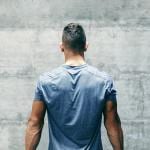