Will Livestreaming Kill the Local Church?

The result: football became a lot more popular. But stadiums had a lot more empty seats. People were staying home and watching games on TV. In other words, TV was “hurting the gate.” (Gate = money collected at the stadium gate)

So in the mid-1950s the NFL implemented a local blackout policy. TV stations were not allowed to broadcast games within a 75-mile radius of the stadium where the game was played, even if the game was sold out. The policy worked well – for the NFL. Games sold out regularly, and local fans went to great lengths to see their teams play.

Churches find themselves in the same place the NFL was in the late 1940s. They’ve begun livestreaming their services on the Internet – and it appears to be “hurting the gate.” Church attendance is falling all over America, and I believe the proliferation of online sermonsis a major cause.

Churches began livestreaming a few years ago for all the right reasons. They wanted to reach people who might never enter a church building. They wanted to give seekers a way to sample the worship service before they visited. And they wanted to provide an alternative for those who couldn’t make it to church for whatever reason (weather, sick kids, traveling, etc.).

Some writers doubt that livestreaming is hurting attendance. “Why on earth would someone want to watch a sermon online rather than come to church?” they ask.

Analogy: would you prefer to watch an NFL game on TV or attend a high school football game live? Most fans prefer the former, because of the quality of play. In the same way, future generations of Christians may choose online church over their local live service because of the quality of the preaching and presentation. Online viewers don’t have to watch their local preacher – they can choose from dozens of talented pulpiteers (Craig Groeschel, Tim Keller, Francis Chan, et al.) and absorb this outstanding teaching from the comfort of their favorite easy chair.

Even if we wanted to kill live-streaming tomorrow we couldn’t. The NFL had a monopoly. It is a single, unified league. How would we convince 300,000 churches to stop putting their sermons on the Internet?

Financially. Only about 20 percent of church attendees give anything. I would imagine the numbers for online viewers would be in the 1 to 2 percent range. Only churches with enormous online viewership will be able to survive.

Missionally. People who don’t gather don’t serve. It’s very hard to be the hands of Jesus if you don’t know anyone else at your church. Volunteer ranks will shrink.

Socially. People who never gather remain isolated. Jesus promised to be present whenever 2 or 3 gathered in his name – not when one guy watches a sermon on his iPad.

First, if you don’t livestream yet, think carefully before you do. You can still post sermons online after they’re recorded. Posting won’t hurt your gate as much as live-streaming does.

Second, churches that choose to livestream must increase the quality of their preaching, including the addition of more visual content. Compelling visuals get casual viewers to click. Talking heads do not.

Third, congregations must prepare for an economic future in which fewer than 5 percent of attendees/viewers contribute to the church. Church leaders must focus on cost containment.

Sorry to be such a pessimist, but I’m afraid the church may have unleashed a technology that could expand Christianity’s reach but diminish its influence. Livestreaming could hobble the church missionally, stunt its growth socially and hamstring it financially.

So what do you think? Will live-streaming kill the local church? Leave a comment below or join the conversation on our Facebook page. 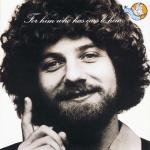 March 30, 2019
Where did the Call-to-Repentance Songs Go?
Next Post 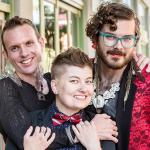 May 11, 2019 Liberal Churches: Why no LGBTQ Youth Leaders?
Recent Comments
0 | Leave a Comment
Browse Our Archives
Related posts from Church for Men