Post-COVID Slump: Is it Just a Flesh Wound?

If you’ve seen the classic comedy film, “Monty Python and the Holy Grail” you probably remember the sword fight between King Arthur and the Black Knight. The King’s path is blocked by the knight, who bellows, “None shall pass.” The two men raise swords and begin fighting. Arthur cuts off the knight’s left arm, to which the knight replies, “Tis but a scratch.” Arthur hacks off the right arm, and the knight replies, “It’s just a flesh wound.” Arthur swings his sword once again, removing the knight’s right leg. Undeterred, the knight cries out, “I’m invincible! The Black Knight always triumphs!”

In the past four months, the COVID related shutdowns have hacked off three of the church’s four key limbs. Without these three limbs churches are struggling to engage and retain their members and attenders.

The “limbs” I’m referring to are the four primary activities Christians engage in when they gather for weekly worship.  All four begin with the letter S:

When our physical gatherings were curtailed in March, limbs 2, 3 and 4 were essentially amputated from the church body. We moved our worship services online and quickly learned how difficult it is to deliver singing, sacraments and socializing on a screen.

Screen-delivered worship music is a poor substitute for congregational song. Sacraments such as the eucharist, passing the peace or putting something in the offering plate are hard to duplicate on screen. And of course, socializing is nearly impossible to achieve online.

Fortunately, we’ve still got a leg to stand on: the sermon. Watching a preacher on TV is not that different than watching him in person. Indeed, many churches have been projecting their pastors on-screen for a decade or more.

Attending church is a four-S experience, but online church is basically a one-S experience. And it’s the final S (socializing) that truly binds people to their congregation. Churchgoing is an intensely social experience, and without social interaction church becomes something we watch, not something we feel a part of.

Churchgoers are feeling the distance and are beginning to drift away.

In a report titled, “The New Sunday Morning,” Barna Research found that 32% of practicing Christians have not attended a church service (either online or in person) since the shutdowns began. Even more disturbing: among screen-obsessed millennials, 50% have not participated in online worship. Barna points out that these numbers refer to committed believers who were in the habit of attending church before everything shut down.

Additionally, Barna reports that one in seven committed churchgoers have switched churches during the pandemic, and 18% are viewing worship services from multiple churches every month. If the church experience is essentially just watching a sermon, why wouldn’t viewers seek out the most talented communicator? All the old considerations such as music style, ministry offerings and “where my friends go” have been rendered moot.

Once the COVID restrictions are lifted, there’s no guarantee things will return to normal. Many churches that have reopened and are reporting anemic attendance. People may be staying away out of fear of catching the disease, or they may be gone for good. People who might never have considered watching church in their pajamas now know how easy it is to experience church online. Will these folks return, or will they slowly drift away?

So, are the lockdowns a flesh wound, or a mortal wound? It depends on what we do with one limb that remains attached to the body. That’s the subject of my next post. 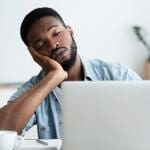 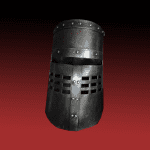