During my junior high school years, I was often the target of excessive bullying and harassment. As someone born in the 80’s, it wasn’t uncommon to hear homophobic slurs tossed around among my peers at school. Whether or not they were done jokingly, I’ll admit I have been guilty of partaking in the abhorrent language myself. But there was something utterly humiliating about being called these names, as though to imply my worthlessness as a human being. Some days, the constant teasing and name-calling was so unbearable I would come home from school, lock myself in my room and drown myself in music while wishing to escape my own life.

Although I am a heterosexual male, I could not imagine how much worse it must feel for people who are attracted to the same sex to endure such horrendous treatment.

When it comes to Christian sexual morality there is very little wiggle room. This is why a life dedicated to Jesus is not an easy one to live. It’s important to note both the Church and secular society withhold two completely different views for the meaning of human sexuality. As Christians, it’s impossible to hide from the fact that the Bible forbids all forms of sexual activity outside of the context of marriage. This not only includes abstaining from homosexual activity, but also all forms of promiscuity, premarital sex, impure thoughts, masturbation, pedophilia, incest and bestiality. Orthodox Christianity views human sexuality as a beautiful and precious gift God created for us, and marriage as a reflection of Christ’s relationship with the Church. With seemingly so many do’s and don’ts, it seems damn-near impossible for anybody to fully live a life of chastity. Since sexuality is viewed as a sacred relational bond as well as a gateway to bearing new life (procreation), this is why the Church (namely Catholicism) discourage the use of contraception. This is because it allows childbearing to be viewed as an inconvenience to the pleasures of the binding sexual act.

If the Church only viewed marriage as nothing more than a civil contract on paper, there would not be any such controversy to begin with.

Living a Christian life requires loving people of all lifestyles, ages, races, creeds, sexual orientations and self-defined gender identities – but it also requires to accept the philosophy and theology of the Bible as a whole. Nobody who calls themselves Christian can claim to fully believe in the Bible and pick and choose the parts that are most convenient to them; nor can anyone claim tolerance if they openly discriminate against anyone with different values of any sort. Whether anyone is inherently religious or not, the hardest people to love are those we share the least in common with. This is why I believe fruitful discussion is so important.

As Christians, we need to be reminded not to hold persons who are not religious to the same expectations as we would for our own fellow believers.

Many critics of Christian theology often site references from the Old Testament about punishment by death for sexual immorality. But then it becomes an issue of creating strawmen for isolating single verses from the context of the entire Bible. For example, Jesus once said regarding sexual lust,

“And if your eye causes you to sin, pluck it out. Better for you to enter into the kingdom of God with one eye than with two eyes to be thrown into Gehenna.” — Mark 9:47 NAB

At first glance, this seems to be a highly extreme way of dealing with lust. But how many people do we know gouged out their own eyes after eyeing up someone attractive walking by? Most likely, none whatsoever. This is Jesus’ use of hyperbole to describe how deeply sexual lust really affects us. Granted this, there isn’t a single person in this world who is immune to sexual temptation. It’s also worth noting that mere attraction is not a sin in itself. Anyone can say a person of the same sex is visually attractive without sexualizing their physique.

The Catholic Stance on LGBTQ Persons

There are many church denominations nowadays who are changing their doctrine to accommodate marrying same-sex couples. While this seems like a lovely way to reach out to the LGBTQ community, in reality this is a form of cognitive dissonance. If an orthodox Catholic were to endorse any sexual relationship that was not open to procreation (even a heterosexual one) they would be contradicting the very theology they stand for. As for Catholic Christians who happen to have same-sex attraction, they are in a difficult position of bearing a heavy cross. This is also why the Catechism of the Catholic Church states,

“The number of men and women who have deep-seated homosexual tendencies is not negligible. This inclination, which is objectively disordered, constitutes for most of them a trial. They must be accepted with respect, compassion, and sensitivity. Every sign of unjust discrimination in their regard should be avoided. These persons are called to fulfill God’s will in their lives and, if they are Christians, to unite to the sacrifice of the Lord’s Cross the difficulties they may encounter from their condition.”
— CCC 2358

As the LGBTQ community continues to grow among a decreasing religious population, what common ground can be found between such polarized groups in order for them to live with one another?

Discrimination is not based out of a genuine concern for someone’s well-being, but of weighing a person’s intrinsic worth. Disagreeing with someone’s views, actions or lifestyle should never be viewed as a form of bigotry. Even if someone criticized a belief of mine that doesn’t align with their worldview, I should never take it as persecution. Rather, it is an opportunity for me to dig deeper into why I believe it.

For example, if I was about to move in with a woman with whom I have an unstable relationship with, one of my friends or relatives would likely pull me aside and express their concern about it. If my relationship is likely going to end in a nasty breakup, should I take their input as discrimination? Absolutely not! It’s an expression of genuine concern not only for my well-being, but for the other person’s well-being too. But ultimately, how I respond to their concern is up to me as part of my free will. I have every right to act upon my desires and decide who I want to be with. But it does not keep me safe from the consequences of how I manage my relationships. If a religion has a theology that requires someone to abstain from any form of sexual activity, it should be free to do so within the state. But just as I’m free to abstain from certain foods or substances for health reasons, I’m also free to neglect a physician’s advice. Free will does not mean freedom from consequences.

If free speech, equality and tolerance are truly valued, both LGBTQ and traditional Christians should be able to peacefully co-exist. Both sides must continue to understand that people are more valuable than political ideology. Having a specific sexual orientation or religion does not reflect a person’s self-worth as a human being. But regardless of where a person stands, if people are continually allowed to censor or suppress those who disagree, whether by bullying or by genocide, then our ‘free’ society will never know what freedom really is.

Solidarity With LGBTQ Victims of Violence

In light of the Orlando massacre, it is an absolute travesty to know there are people who believe these killings were justifiable by reasons of religious extremism. As Christians, it is our duty to stand in solidarity with victims of violence, even if they don’t conform to our expectations. There are extremists who will persecute, torment and kill those who identify as LGBTQ simply because they view them as less than human. If our only focus is to change them or convert them, then we are failing at our own ministry. The only way we can show how much we love them is to show we are willing to lay down our lives for them. It may even involve speaking out against homophobic slurs or standing between them and their oppressors at gunpoint. They have just as much right to exist on this earth as every other precious human made in God’s image. If Christ loved so much as to die for them, we ought to imitate that same sacrificial love for them ourselves.

They need to know they are all worth dying for.

The point of this article is not to convince the Church to change doctrine, nor impose our moral standards upon those who think differently. Orthodox Christianity, Judaism and Islam will not be disappearing from this earth anytime soon, and neither will the LGBTQ community. Meanwhile, all we can do is figure out how to share this world with one another, despite everyone’s opposing worldviews.

Love is not just love. Love is patient and kind. Love is never jealous. Love is not boastful or conceited. It is never rude and never seeks its own advantage. It does not take offence or store up grievances. Love does not rejoice at wrongdoing, but finds its joy in the truth. It is always ready to make allowances, to trust and to endure whatever comes. 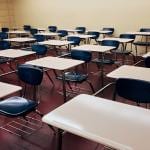 September 4, 2016
The Year I Became a Part-Time Bible School Student
Next Post 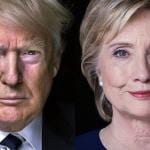 October 13, 2016 I'm Done With American Politics
Recent Comments
2 Comments | Leave a Comment
"I urge everyone to read the Bible. We must be able to explain it to ..."
Silverwolf13 Dear Catholics: For The Love Of ..."
"Allow me to respond in fashion—that is as bluntly as you have done. Yet, not ..."
Elissa Bella Joy A Response to John Piper on ..."
"David has descided to kick me off his blog so he can continue to smear ..."
Jim the Scott In Defense of Mary: Co-Redemptrix?
"Oh my goodness, I love this article. I hate the argument that animals are equal ..."
Justin Stewart Are Animals Equal to Humans?
Browse Our Archives
get the latest from
Coffee and Crucifix
Sign up for our newsletter
POPULAR AT PATHEOS Catholic
1