There Are No Safe Spaces

There Are No Safe Spaces October 3, 2017 René Albert

On September 11, 2001, I remember when I was about to catch the bus to school, and the television was on when I had heard the breaking news for the first time. It had been recently announced that one of the towers of the World Trade Center was struck by a passenger aircraft. My parents and I were confused about what was really going on. Did the pilot lose control over the plane? How does something like this happen?

By the time I arrived at school, everyone had been talking about it and we had just learned a second plane had struck the second tower. Surely this was not a freak accident but a deliberate attack, we thought. Knowing this, there was a surreal uneasiness that lingered in the air. Even though we lived in Canada, knowing that a terrorist attack of that scale was happening in our neighboring country made us question our own safety within our country’s borders.

But it didn’t take long for us to sift back into the sheltered complacency of life in rural Alberta. When you aren’t living in the midst of chaos, it’s easy to forget about what’s really going on in the world. Such a mindset reminds me of how the Hobbits lived in the Shire in The Lord of the Rings. With Sauron’s armies advancing over Middle Earth, the Hobbits were either unfazed or unaware of an imminent invasion. Even the Ents (tree-like creatures) brushed off the growing threat as not their own war to fight, until they discovered their own kind were wiped out in another part of their land.

Similarly, it’s difficult for us North Americans to imagine what it’s like to live in a land where war and persecution are rampant. Although we have our own set of problems out here, it can be argued that we live in a privileged safe space.

But, on the flip side, I don’t believe anything in this world is really safe at all.

Recently, in my own hometown, there was an act of terrorism committed by a man who attacked a police officer and struck pedestrians with a U-Haul van. You can read all about it here. I remember walking to meet with friends for a beer on that same street where the van flipped over. I don’t think I’ll ever look at that place the same again knowing what had happened.

And to top it off, I woke up this morning to the news of the largest mass-shooting in the U.S. since the Wounded Knew Massacre – in Las Vegas of all places, where people usually migrate to for leisure! There was no connection between this attack and the one that happened in Edmonton, but the fact that it happened shortly after was quite unsettling and suddenly made the world feel a lot less safe.

The funny thing about safe spaces is that, although they are well-meaning, they provide a false sense of comfort in a world that allows people to freely do as they will. No matter how many trigger warnings we can give to people, there will always be something they will see or hear out in the world that will upset them. No matter how much protective software or security passwords we use, our information online will always be subject to hackers who would eventually find ways to bypass them. No matter how many immigration laws our governments will implement, people will always find a way to enter our borders whether they intend to seek asylum or wreak havoc within our country. Even babies are not safe in the womb from medical ailments, miscarriage or a mother’s decision to abort. No matter how many laws our governments pass, people will either find ways around them or deliberately break them. And in an age of nuclear arms, no country on Earth is safe from a missile strike from afar.

No matter how often we will say that we will not be intimidated by hate and violence and continue to love, mere words will not stop those who want nothing more than for us to be wiped off the face of the earth.

Safe spaces are but an illusion to make us feel safe. They certainly do not protect us from the ramifications of other people’s actions, or even the consequences of our own.

And the painful reality is, as long as human nature goes about the way it does, there are no safe spaces. None.

I’ve heard a story once about a boy who would cry for his father at night because he was afraid of monsters in his bedroom. The father would try to console him and tell him there are no such thing as monsters. But after so many unsuccessful attempts, the boy was unconvinced and the father was running out of ideas to make him stop crying for him and go to sleep. The boy finally asked him,

“Daddy, can you pray that I’ll be safe from the monsters in my room?”

The father paused for a moment, then suddenly had an idea and responded,

Although the father could have reinforced the fact that there really weren’t any monsters in his son’s bedroom, what he did was instill a sense of confidence for him to face his fears.

Sometimes, in order to face our fears or possible danger, we need to learn how to take courage and become dangerous.

In conclusion, we have a responsibility to protect those around us who are vulnerable and unable to fend for themselves, to ward off evil, hatred and falsehood and defend what is good and true.

In order for others to be safe, we have a responsibility to be dangerous. 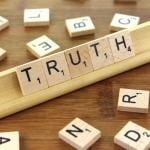 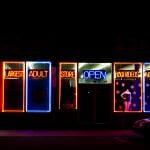 November 1, 2017 My Thoughts on the Sexual Revolution
Recent Comments
0 | Leave a Comment
Browse Our Archives
get the latest updates from
Coffee and Crucifix
and the Patheos
Catholic
Channel
POPULAR AT PATHEOS Catholic
1

Reply to Attacks from Anti-Apologist Shawn McElhinney
I have decided to restore this piece, originally from 8-6-13, to my...
view all Catholic blogs
What Are Your Thoughts?leave a comment
Copyright 2008-2021, Patheos. All rights reserved.