“If anyone can refute me—show me I’m making a mistake or looking at things from the wrong perspective—I’ll gladly change. It’s the truth I’m after, and the truth never harmed anyone. What harms us is to persist in self-deceit and ignorance.”
– Marcus Aurelius, Meditations VI: 21

In my adolescence, I used to question my reality on a regular basis. I often wondered if what I perceived with my own vision, hearing and touch was what I was actually experiencing or whether it was some kind of illusion, similar to how Neo was living in a simulated universe in the sci-fi film The Matrix. The notion of an alternate reality that appealed to my own preferences of a perfect world was something I thought about often throughout my childhood years. As a kid in elementary school, I recall spending countless days pondering and planning out how my life would unfold – whether it was making career choices or who would be a part of my life. Sometimes I even fantasized whether doing homework and chores was all just an eventual plot buildup to a giant surprise party with my friends and family revealing that we didn’t have to work for a living after all. Of course, this was all just wishful thinking. But as much as I dreamed of how I would design my ideal universe, life always had a way of giving me a rude awakening. Whether it was through experiencing failure, hurt or loss of loved ones, I’ve found myself wrestling with the reality of truth for as long as I can remember.

Those are the words Pontius Pilate retorted after Jesus mentioned He was born to testify the truth (John 18:33-38). These words are as relevant to Pilate as they have been to me in my life’s journey. In those days, there was a lot of civil unrest in Jerusalem among the Jews and the Romans. In my own observation of Scripture, Pilate was probably so exhausted and disillusioned with the clashing of cultures and ideologies that he probably found himself caving into compromising his own morality in order to keep the peace. He knew very well that Jesus was an innocent man, but had he not condemned Jesus to death, there probably would have been a revolt among the Jews who handed Him over. Despite his efforts to free Jesus, it’s interesting how the Jewish high priests taunted him into sentencing Jesus to death by saying,

“If you let this man go, you are no friend of Caesar. Anyone who claims to be a king opposes Caesar.” – John 19:12

To me, this feels eerily reminiscent to the behavior of our modern-day society. It’s common for people to succumb to the demands of political-correctness so as not to stir the pot too much. Usually after every election, some avoid to admit who they actually voted for in order not to be demonized by their peers with all the false attributes that associate with being either liberal or conservative.

In an age of relativistic post-modernism, it’s not uncommon to hear the phrases, ‘If it feels good, do it!’ or, ‘What’s true for you might not be true for me!‘ There is an underlying theme of doing what feels right for the individual, regardless of how others might think. Whether a person conforms to the expectations of the masses or goes against the grain, is truth defined by the ever-changing cultural trends or by the preferences or feelings of the individual?

Or maybe this question poses a false dichotomy? Perhaps truth does not pick sides or favorites?

Celebrities would often quote when talking about their road to success that there are no wrong paths. If personal success is the ultimate goal in life, does this mean that there is no wrong way of acquiring it? If people can lie, swindle, steal, fornicate or murder their way to the top, does approval of the masses somehow give justification for personal gain? Perhaps this means there is no such thing as what those religious zealots call ‘sin?’

Without the existence of sin, it is generally assumed there must not be an absolute right or wrong.

Some would say that the definition of right and wrong is a social construct that is subject to the cultural context it refers to. For example, the thought of eating dog meat in Western society would be revolting for many, whereas some countries consider it to be a delicacy. Some would argue that there is nothing inherently wrong with eating dog meat, but the culture we live in merely adopted the notion that dogs are meant to be raised as pets as opposed to the purpose of eating.

Perhaps the nature of absolute right and wrong should be something universally true for all humanity as opposed to what is acceptable within a certain culture?

If all things are equally true, nothing is true.

Then what truth is worth pursuing?

If truth is so hard to come by, then maybe absolute truth is worth pursuing.

What qualifies as truth and who or what determines it? Many people would say that historical documentation or scientific evidence is the best way to determine what the truth is. But what about in cases when certain scientific observations contradict each other? For example, dentists recommend flossing daily to prevent heart disease, and then claim years later that flossing has absolutely no effect on the cardiovascular system. How can something that was once considered true suddenly become false? If the scientific community is the best place to rely on for the pursuit of truth, then how do we deal with the inconsistencies in documentation and discovery among various sources?

In the case of Christianity, God is considered to be eternal and the ultimate source of truth. The Bible is generally considered to be the Word of God and the final authority in living a Christian life. But where did it come from? Who determined its divine inspiration? Why are there some passages within its pages that seemingly contradict each other – or is every book in the Bible meant to be read as a specific genre? How do we explain the existence of over 30,000 church denominations who claim to have the right doctrinal interpretation when most of them are theologically inconsistent with one another?

How does humanity decipher what God defines as truth if individual interpretation is flawed and subject to personal biases?

The problem with the pursuit of truth is, without some form of defining authority inspired by something that transcends our own human spirit, people can ‘bend’ the facts to suit their own liking or agendas. If people aren’t held accountable, anything goes. People can and will often follow what appeals to their worldviews or emotions without questioning its authenticity – like how celebrities and public figures can sway their followers by means of emotional manipulation. Good leadership does not politicize the emotions of people for selfish agendas, but makes decisions based on facts, evidences and learnings of past historical errors in order to put the best interests of the people forward.

If truth remains constant and does not change, then it must not be determined by personal feelings or a majority vote.

Therefore, truth must be eternal.

If we crave to know and understand what the absolute truth is, perhaps this hints towards our internal desire to understand something larger than ourselves…. 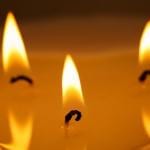 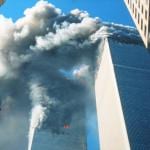 October 3, 2017 There Are No Safe Spaces
Recent Comments
0 | Leave a Comment
"Thank you for your comments. I have long felt such dismay at the rise of ..."
grmom2 The Problem With Prosperity Theology
"I'm smiling at the idea of the 10 Commandments because Judaism has 613. The Ten ..."
Karen Silver Why Does Catholicism Have So Many ..."
"Thanks, I enjoyed your artcle, I would have enjoyed further development. I think remembering and ..."
skywood Can Dreams Be Spiritual?
"Successful healthy veganism can only be for the rich of the world. I believe Vegans ..."
Tom Hanson Are Animals Equal to Humans?
Browse Our Archives
get the latest updates from
Coffee and Crucifix
and the Patheos
Catholic
Channel
POPULAR AT PATHEOS Catholic
1

Abuse, the Rosary, and an Old-Fashioned...
Steel Magnificat
Related posts from Coffee and Crucifix