Led By The Holy Spirit?

A friend of mine once embarked on a missions trip to Honduras to perform building repairs on a local church. He told me a sad story about one of the men he worked with on his missionary team. The man left his wife and kids behind at home because he was convinced God had apparently told him to go on global missionary work. As a result, his wife divorced him and took the kids with her, leaving him to perform the Lord’s work without his family at his side.

I do not know the full details of the story behind this man and his family, but it is undoubtedly an unfortunate circumstance.

If a person claims to have a relationship with what they would call a loving God, would such a deity suggest performing sacrificial work at the expense of the well-being of their family? I understand the scriptures say God gave up His only Son to be crucified for the sake of the world. But if Jesus is God, His crucifixion and death should be viewed as a form of self-sacrifice. If I pursued some line of work at the expense of my family’s well-being, whether it be for evangelism or a career advancement, people would probably view me as someone who is completely selfish. Within the context of His commandments, I don’t believe God would tell a married man to leave his wife and children high and dry if marriage is considered to be something sacred.

Among Christians, I’ve often experienced discussions where opposing parties firmly believed they were being led by the Holy Spirit to justify their actions or views. In these conversations, it wasn’t uncommon to hear random Bible verses loosely tossed around like a game of dodgeball in order to prove a point. How does one determine which person is speaking the truth? I have no doubt in my mind God speaks to us through reading the Bible, but there is always a chance the Scriptures can be misinterpreted or taken completely out of context. As I had mentioned in one of my previous articles, I once wrongfully convinced myself God wanted me to rebel against my parents when I read this passage,

I understand it is seemingly impossible to completely follow the Ten Commandments, especially when it comes to honoring your mother and father. I have yet to meet a family that does not have any issues or conflict. Honoring one’s parents doesn’t necessarily mean jumping off a bridge if they tell you to, but there is something to be said about showing love and respect towards the ones who knew me since birth and taught me how to live. Would a God of love condone deliberate, disrespectful behavior to make progress in His infinite plan?

I have no doubt God can work around our shortcomings, but a god that would ask me to break its own rules does not deserve my worship.

In the midst of a heated conversation, it is easy to have knee-jerk reactions in an attempt to keep up with an opponent. I have often found speaking my mind on a whim or out of anger to be more damaging than constructive. If my words are not very well thought-out or informed, I can either misguide or wound someone deeply and make myself look like a total jackass in the process. There is much to be said about not pretending to understand something I know very little about. Even the Bible addresses how the tongue can be used for all kinds of wickedness. For example:

“But if anyone considers himself to be religious, but he does not restrain his tongue, but instead seduces his own heart: such a one’s religion is vanity.” – James 1:26 CPDV

“So also the tongue certainly is a small part, but it moves great things. Consider that a small fire can set ablaze a great forest. And so the tongue is like a fire, comprising all iniquity. The tongue, stationed in the midst of our body, can defile the entire body and inflame the wheel of our nativity, setting a fire from Hell. For the nature of all beasts and birds and serpents and others is ruled over, by human nature. But no man is able to rule over the tongue, a restless evil, full of deadly poison. By it we bless God the Father, and by it we speak evil of men, who have been made in the likeness of God. From the same mouth proceeds blessing and cursing. My brothers, these things ought not to be so! Does a fountain emit, out of the same opening, both sweet and bitter water? My brothers, can the fig tree yield grapes? Or the vine, figs? Then neither is salt water able to produce fresh water.” – James 3:5-12 CPDV

In most cases when I would talk to my Christian friends about having to deal with impending conflicts or stressful situations, the most widely quoted phrase would usually be,

“God will give you the words to speak!”

What does that even mean, exactly? Does it mean that if I don’t pray enough or memorize enough Bible verses I am pretty much hopeless? Is biblical knowledge equal to spiritual maturity? I understand the Holy Spirit can work within us if we allow it to. But does this mean we channel God’s voice by allowing Him to revoke our free will and turn us into His personal hand-puppets? If this were the case, does everything that comes out of our mouths become infallible truth?

If I am ill-informed about a certain topic, I know God isn’t going to ‘download’ the information I need into my brain on the spot. If that were true, I’m sure there would be a lot more Christians getting straight A’s in exams without studying. Knowledge always seems to be something that needs to be sought out over time rather than automatically given to us at a convenience. The idea that God will simply place knowledge into someone’s brain on command seems reminiscent of New Age spirituality in which all wisdom supposedly comes from within via personal intuition. To me, this is a dangerous ideology because it renders truth as relative to personal interpretation and not of indisputable facts or evidence. If someone can conjure up all kinds of divine knowledge on their own without any research, proof, external influences or personal experiences, surely this person must be either immortal or a compulsive liar. According to Christian beliefs, the only person who was ever able to perform drastic miracles and spout otherworldly wisdom was Jesus. And similarly, if He was able to do all these things without any worldly influence, He was either truly God Himself or a completely insane man who preached falsehood.

In my perspective, using faith to justify making ill-informed decisions, comments or gestures it is not what I would consider being led by the love of Christ. If being filled with the Holy Spirit is strictly based on whether God will take over a person’s body and make them go on autopilot mode, then why are there so many church-goers who make such wrong choices and treat others so horribly? Nobody is perfect. Too often I have put my faith and trust in people as though they were actually possessed by God and having to be disappointed in them when they do not meet my wrongful expectations. But granted this, I’m sure I have also thoroughly disappointed many of my brothers and sisters in a similar manner.

Another interesting observation is not only do some believers justify wrongdoing to be the work of the Holy Spirit, but are also quick to dismiss their mistakes as not their own. Josh Duggar (one of the stars from the tv show 19 Kids and Counting) released a public statement admitting to his use of pornography and infidelity websites. He states,

“The last few years, while publicly stating I was fighting against immorality in our country, in my heart I had allowed Satan to build a fortress that no one knew about.”

I’m not entirely sure of the context of Duggar’s words, but anytime someone is caught in a wilful act of wrongdoing, passing the buck to the devil is nothing short of a cop-out from admitting personal responsibility. Was Josh Duggar led by the Holy Spirit to make a public apology? Possibly. Did Satan force him to go against his will to pursue sexual pleasure behind his wife’s back? Not likely. Adam did absolutely nothing to oppose what he knew was wrong when Eve was tempted by the serpent to eat the forbidden fruit in the Garden of Eden. However way anyone interprets his statement, it is highly unlikely ‘the snake’ made him do it.

If God gave us free will, wouldn’t it make more sense to be Spirit-led if we were continually convicted to speak or act a certain way, yet still be given the choice to either respond to our conscience or succumb to temptation? And if this were the case, how do we know whether our personal convictions are driven by either the Spirit of Truth or ulterior motives?

This is where accountability from fellow believers comes in. This is why the Church is not an anarchist movement.

In summary, we should not be relying on our own understanding (Proverbs 3:5-6) of what we think God might be trying to tell us, no matter how much we pray or read the Bible. Perhaps being led by the Spirit of Christ is not always about personally being right or seeking approval from others, but also about considering the input of other people and being held accountable by the Church as a whole.

Before deciding whether something I believe is absolutely true, I must always ask myself, what if there is a chance that I am gravely wrong? 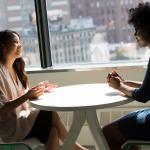 June 5, 2019
Be Friends With People Who You Disagree With
Next Post 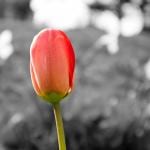 June 10, 2019 My Critique of Calvinism: PART I - Introduction
Recent Comments
1 Comment | Leave a Comment
Browse Our Archives
get the latest from
Coffee and Crucifix
Sign up for our newsletter
POPULAR AT PATHEOS Catholic
1