As a cradle-Catholic in my youth, I’ve noticed the times when church attendance was the highest was during Christmas, Easter, weddings and funerals. These were usually the days when close friends and relatives of parishoners would visit and attend Mass with them. Often during these particular services, the priest would make an announcement to the congregation that non-Catholics ought to refrain from partaking in communion. Regardless of whether or not the priest announces it tactfully, being barred from communion seems to be one of the biggest turn-offs for non-Catholics.

After leaving Catholicism and attending Evangelical churches over the years, I noticed there hasn’t been nearly as much strictness regarding the practice. Most modern, non-traditional Evangelical churches wouldn’t raise an eyebrow if any random person ate their bread and drank their grape juice. This could simply be because they may have felt called to partake at the Lord’s table, and most Evangelicals wouldn’t want to deny anyone from approaching God.

Since returning to Catholicism, I had visited some friends’ churches that performed their own unique interpretation of the Lord’s Supper. Admittedly, I accepted their bread and grape juice just to prove that I believe in the same God as they do. But I found myself becoming heavily scrupulous afterwards. The more I’ve thought of it, the more I realized I may have done a great disservice to my own Catholic faith and to my non-Catholic Christian friends as well — simply for accepting a version of communion I did not believe in.

One of the reasons why I returned to Catholicism was because my walk with Christ has led me to believe the Real Presence in the Eucharist is true. This why I now refrain from communion whenever I happen to visit a non-Catholic church. Some would say the issue of where or in what form you receive communion is irrelevant. But if I subscribe to the belief that Christ is truly present in body, blood and spirit, then I ought to show consistency with that belief through my actions. On the other hand, if I still believed communion is only a symbol, then I might as well return to Protestantism and cease calling myself a Catholic.

In recent years, there has been more push to make the Sacraments more accessible, especially for divorcees and non-Catholic spouses. I think there certainly is value in recognizing people don’t always fall into personal circumstances willingly. People in love don’t enter marriage with the intention of divorcing later on; and a person’s worldview is always subject to change as they progress through life. In the case where someone’s marriage is falling apart, they have a choice to work things out or there could be grounds for an annulment, provided it is done within the bounds of biblical teaching. If a person ceases to believe in God or finds that their worldview has evolved in opposition to biblical standards, receiving communion would be an action that simply contrasts where their hearts are at.

This is one of the reasons why I’ve never understood why nominal Catholics feel entitled to communion for simply going through the motions. If they don’t believe in their heart of hearts that Jesus is alive and is present in their lives, then receiving communion is completely redundant.

What it all comes down to is not an issue of ‘inclusivity,’ but rather consistency of belief. If one does not care to follow Christ, you’d think the natural inclination would be to not desire any participation in communion whatsoever. But evidently, this does not seem to be the case. I think what seems to play the biggest role in such a controversy is the desire for the Church to conform to the person, rather than the person conforming to something that transcends themselves.

And if the person does not want Christ, the Bible or the Church to dictate their lives, then the most sincere and honest thing they can do is to leave and start their own religion. 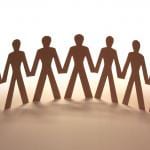 June 30, 2019 What Is So Intriguing About 'Stranger Things?'
Recent Comments
10 Comments | Leave a Comment
"Thank you for your comments. I have long felt such dismay at the rise of ..."
grmom2 The Problem With Prosperity Theology
"I'm smiling at the idea of the 10 Commandments because Judaism has 613. The Ten ..."
Karen Silver Why Does Catholicism Have So Many ..."
"Thanks, I enjoyed your artcle, I would have enjoyed further development. I think remembering and ..."
skywood Can Dreams Be Spiritual?
"Successful healthy veganism can only be for the rich of the world. I believe Vegans ..."
Tom Hanson Are Animals Equal to Humans?
Browse Our Archives
get the latest updates from
Coffee and Crucifix
and the Patheos
Catholic
Channel
POPULAR AT PATHEOS Catholic
1

Pope Francis Did NOT Say EWTN...
Biblical Evidence for Catholicism
Related posts from Coffee and Crucifix