Are Animals Equal to Humans?

Growing up in a rural community, I had the privilege of learning how to care for animals, whether it was on my own farm or someone else’s. While I have a small amount of experience with livestock like cattle and pigs, I owned a couple dogs and raised some rabbits of my own. I often heard people joke about whether I was raising my rabbits for food, but the thought of eating my own pets was something I avoided to think about. When you have a certain emotional attachment to a pet, you try to take care of it as much as you possibly can.

When I lost my first pet dog, I was devastated. My dog had lived to nearly 14 years before he passed away on his favorite spot on the front porch where he used to bask in the sun. Usually when people find their pets suffering from illnesses or injuries, they often resort to euthanasia as a humane way to put them out of their misery. I’ve heard some say if we can euthanize our pets, why couldn’t we support assisted dying for our loved ones who may be suffering terminal illnesses? While the topic of euthanasia is vast enough for an article of it’s own, for the sake of brevity I’m going to focus on whether or not animals should be treated as equal to humans.

Veganism is an ideology that seems to be gaining popularity nowadays. Much of what this involves is being aware of whether our food, clothing, and other necessities make use of animal products as well as doing as little damage to the planet’s ecosystem as possible. While I do not identify as a vegan, I certainly have a lot of admiration for those who choose to alter their lifestyles to respect life. Veganism also seems to receive a lot of negative criticism from a generally meat-eating majority. Between herbivores and carnivores, it’s a battleground of worldviews that is completely polarized like last year’s U.S. presidential election.

Does this mean we can freely support the exploitation and torture of animals? I would strongly have to say, no. Absolutely not. From what I understand, most of the news we hear about animals enduring unthinkable abuse and torture is more of a reflection of commercialized farming than it would be for a smaller, family-owned operation. But does this mean farming any animals for the purpose of food is morally reprehensible?

When it comes to this sort of debate, I find a good place to start is to discuss whether or not animals actually have souls. People who identify as religious or spiritual claim that every human has a soul, and some would even go so far as to claim that anything having a central nervous system (the ability to feel emotional or physical pain) has a soul as well. If anything with a nervous system has a soul then dogs, cats, birds, cows, horses, pigs and all sorts of livestock and wildlife ought to have souls – even the ones we may find revolting like rodents, spiders, insects and parasites.

I remember setting countless mouse traps on the farm to prevent our harvested vegetables and grain from mouse-infestation. Mice would often chew their way through walls, drop feces all over the place and spread diseases. Even spraying pesticides was a counter-measure for saving our crops from being destroyed by insects. If no protective measures were taken, our crop yield would suffer and so would our livelihood as farmers. On a collectively larger scale, if all the other farmers followed suit, the nation’s food supply would suffer as well. If mice or insects have the same intrinsic value as human beings, is killing these animals to protect our food a form of evil?

Although most microbial life does not have a central nervous system, the fact that we use anti-bacterial hand sanitizer suggests that we do not truly believe all life is created equal. Even the use of insect repellent, pest control in apartment buildings, population control in wildlife preservation parks or the removal of tapeworms from someone’s digestive system is proof enough of this painful reality. Another interesting observation is if NASA were to discover microbial life outside of Earth, scientists would make every possible effort to preserve it for study. This alone is far more reverent than how our postmodern society views an unborn human fetus from conception to birth.

Does this mean we ought to view all life as equal? If dogs, cats or farm livestock have souls and can feel pain, then who are we to say insects, mice or tapeworms don’t have souls? They all have a central nervous system as well. If that’s the case, what makes an unborn human fetus exempt from the potential of having one too, or even being classified as not human?

From a secular humanistic perspective, the value of the human person is all the same matter that makes up the rest of nature. In a religious sense, the human person is made in the image of God, and has infinite value and purpose. This is one of the defining points that separates Jewish and Christian values from secular humanism. But if we put religion and spirituality aside, one of the most notable observations is what separates humans from the rest of life on Earth is that they seem to have the ability to discern morality – good apart from evil, right from wrong. While the rest of nature continues to mate and feed off each other at will, the fact that humans consider theft, abuse, rape and murder as evil speaks volumes of something larger than themselves behind their conscience. It’s safe to say that humans stand out among nature as a moral species.

Many people do not condone abortion for the very same reasons others do not support animal abuse or farming livestock for food. If animals ought to be treated as equal to humans, then why don’t we treat our own humanity as such? When I used to volunteer at a homeless shelter in my early 20’s, I recall seeing many single mothers who were either pregnant or dragging their children behind them into the dining hall – not one of them complained about what was on the menu or whether or not there was chicken in their soup.

While I do not believe choosing a vegan lifestyle is wrong, it is definitely a privilege of first-world, middle class culture. If our love for animals exceeds our desire to help the poor as well as empowering women to have a better quality of life for themselves and their children, then dietary choice is nothing but selfish vanity. To me, ensuring my food is vegan as opposed to feeding, clothing and sheltering the homeless (even if that involves living on meat or dairy) is a complete double-standard.

If animals were to deserve the same rights as humans, would it be fair to have pets in apartments where they are not allowed and risk people having allergic reactions? If certain animals eat their young and have sex with their own kin, then what’s stopping bestiality, incest or cannibalism from becoming a socially acceptable practice among humans? This only shows what may be common behavior among animals may not be what is best for us as humans.

While I am not well-read enough into the health benefits and side-effects of vegan diet, I do have a tremendous amount of respect for the willingness of my vegan friends to alter their lifestyles in order to do the least amount of damage to this Earth as possible. I do not expect to change anyone’s mind as far as what they choose to eat or not eat, nor do I believe anyone’s choice to refuse animal products from their diet should be shamed or frowned upon. In fact, I fully support their freedom to do so! Vegans aren’t doing any harm by refusing to eat animal products, but I would most sincerely hope their zeal for all life, especially in all stages, would span across the board.

Some would argue that not believing all life is equal is an arrogant and deplorable worldview, to which I would say the human species has a very unique responsibility on this Earth – to inflict as little pain and suffering as possible and to care for and nurture our home along with all its inhabitants as the divine gift it truly is.

But we can’t expect to care for all life if we can’t even care for our own kind.

“Wherever there is animal worship, there is human sacrifice.”
– G.K. Chesterton 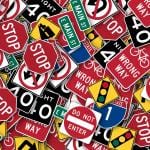 August 17, 2019
Why Does Catholicism Have So Many Rules?
Next Post 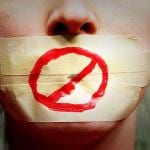