I have always understood members of the LGBTQ community have endured hostile and unjust treatment throughout history. I grew up in an era when it was common for kids in school to name-call using homophobic slurs. To be called such things was some of the most humiliating and dehumanizing ways to make people feel inferior. Although this sort of injustice is becoming less and less common as society is becoming more accepting, it would be naive to think it is not still happening in the present day.

In the province I live in, there are some cities where the pedestrian walkways are painted as rainbows as a sign of solidarity with the LGBTQ movement. Within days after these sections of pavement were newly painted, reports of vehicles doing burnouts upon these murals began to appear on the news and social media, condemning these incidents as hate-crimes worthy of vandalism charges.1 This is only a milder act of hatred committed towards symbols of the LGBTQ community in comparison to what has been going on throughout history. There have been reports of people all over the world of LGBTQ persecution through burning rainbow flags, trashing property where members of these groups would gather or worse – being tortured and executed for simply being accused of being attracted to the same sex.2 These incidents are reason enough to demand protective laws from perpetrators who seek out to persecute and cause harm to these people.

Given that western civilization has evolved to become the most tolerable society in human history, it’s safe to say it hasn’t always been this way. There is still a long ways to go in creating a culture that values all life in all stages, but most of the comforts of a tolerable society are the outcome of political movements. The Civil Rights movement of the 1960’s addressed the issue of racism and ethnic segregation.3 The Feminist movement brought awareness of the mistreatment of women.4 World War II brought anti-Semitism and ethnic cleansing back to the forefront of political awareness.5 The American Civil War led to the abolition of slavery.6 The Great Schism and the Protestant Reformation paved the way for religious pluralism in a way that was never before seen in the days of early Christianity.7

These events throughout history are a testament to how humanity has a habit of compartmentalizing people based on their ethnicity, race, gender, religion or sexual identity. Injustice always seems to revolve around dehumanization or contempt towards particular group of people. For many of us, it seems hard to fathom that people would go as far as to view others as worthless, disposable objects as opposed to human beings of infinite value – unless they’ve experienced such treatment firsthand.

Throughout the last few decades, music and art have always been a prominent outlet of expression for political and social change. Many artists use their music to express their passion and pain as a way of advocating for human equality. Songs such as ‘Rise Up’ by Parachute Club and ‘Break Free’ by Queen were pivotal in the 1980’s in light of the LGBTQ movement. The original intent of these artists was to advocate for minorities to be treated as equally human as everyone else.

But as an avid fan of rock and heavy metal since my adolescence, I’ve noticed a particularly ongoing theme that many other bands and musicians communicate in their work is portraying Christian symbols and figures as representations of oppression that needs to be desecrated. Marilyn Manson is probably one of the most notable figures in the music industry known for his controversial themes that depict Christianity in a highly grotesque fashion, such as his 2003 album Holy Wood depicting himself crucified while missing a lower jaw.

There is no shortage of distorted imagery directed as hateful criticism towards religious groups. Even in events such as the 2017 International Women’s Day March in Argentina, some protesters staged a fake abortion on a woman dressed to portray the Virgin Mary. The gruesome display was condemned by the local Catholic priest, but did not break any laws in Argentina as far as the sources reveal.8

Some would argue that religious icons are merely representations of fictitious characters and people should be free to tarnish them at will. While the debate whether Jesus, Mary or other biblical figures actually existed is a topic meant for a separate article, one could argue that desecrating the image of a unicorn (which is a mythological animal commonly associated with LGBTQ symbolism) is an equally hateful act as burning a cross or the anti-religious imagery featured on the album covers shown above.

In my observation, it seems as though both sides may choose to disrespect those images for the exact same reasons – their contempt for the very groups these images stand for.

As someone who experienced hostile treatment from religious persons firsthand, I can sympathize with those who feel wounded by the Church. I used to resent how older members of my congregation seemed to frown upon my family for my brother’s mental disability. When I transitioned from being a cradle-Catholic to Evangelical Protestantism as a teenager, I used to fantasize being part of a mob tearing down statues and smashing church buildings as retribution for how the Church had done me wrong. When I experienced hurt from those in the Evangelical community, I listened to anti-Christian music such as Slayer to air out my grievances. It was a slow fade before the idea of wiping out religion seemed like the only reasonable solution to solve the world’s problems, and atheism was a worldview that began to appeal to me more and more.

But the longer I dwelled in my resentment towards those who hurt me, the more I found I was never at peace with myself. For someone who wanted to advocate for love and unity, I struggled with letting go of the past and forgiving those who had done me wrong.

It was only after this realization I had to step back and understand the actions of individuals do not always represent the intent of an entire group.

My problem wasn’t with religion. It was with individuals.

I firmly believe it is wrong to desecrate either LGBTQ or religious symbols or to humiliate, harass or put people in harm’s way for expressing beliefs that are contrary to my own. I do not believe freedom of speech or expression should be suppressed, but there seems to be a complete double-standard that is rampant in our culture when it comes to political or religious debate. What completely baffles me is how skid marks on a rainbow crosswalk is considered a ‘hate crime,’ yet showing disrespect towards religious symbols is considered ‘art’ or ‘a right of free expression.’

How is it that one group can criticize or disagree with the other without consequences, whereas if the roles were reversed the subject of criticism can press charges or have their critics imprisoned?

What many of us do not realize is how much we take freedom of speech for granted. The truth is, even if some speech and expression is frowned upon or opposed, it is a tremendous privilege in North America to communicate how we desire to – whether vocally, in writing or through media and art. But in some places on the other side of the world, exercising those rights can possibly land a person in jail or subject them to severe torture or death.

Over the past few years, I’ve noticed some parallels between political correctness here at home and blasphemy laws reminiscent of those found in the Middle East and in Medieval Europe. In North America, despite laws that prohibit discrimination,9 people can speak all kinds of hostile language towards Christianity without dire consequences,10 but in the case of questioning liberal ideologies it can be met with hostile character assassination. In predominantly Muslim countries like Saudi Arabia, swearing to Allah is punishable by death through beheading.11 We have also come a long ways since the middle ages when people were burned at the stake for suspicion of witchcraft or heresy.12

As I have mentioned in a previous article, separation of church and state is an absolute requirement for true religious freedom to exist. But if we want true freedom of speech to exist, there needs to remain a separation of ideological group and state.

Our political climate has become so polarized that even a slight disagreement seems to be enough reason to sever friendships or, worse, tarnish reputations and commit physical harm on one another. I miss the days when people can vigorously debate, strongly disagree with each other, shake hands and laugh it off over a few beers afterwards. But unfortunately, everyone (including myself) has a habit of surrounding ourselves with people who generally share the same worldviews. It is our natural tendency for us to live in an echo-chamber, and hearing viewpoints that seemingly contradict what we think ought to be true triggers our ‘fight or flight’ reaction. I think what it boils down to is everyone has completely forgotten how to separate the differences between mere disagreement and hate-speech, and have now bonded the two together as though they were completely synonymous.

From my perspective, people should never be policed for their own thoughts. People often complain that religion is a tool for manipulating the masses, which I can agree with to an extent. But what many do not realize is there are people, like myself, who willfully choose to follow a belief system simply not because of being ‘conditioned’ during adolescence, but because our personal experiences and convictions have led us to follow them. My wife and I have both freely chosen to identify as Christians and to raise our children in hopes they will pass on our values as they choose to as well, and we are grateful to live in a country where we are free to do so.

Given the current political climate, my biggest fear is it may be only a matter of time before either all these subjective, individualistic rules of political correctness will cause western civilization to implode on itself or influence the government to become an Orwellian state. But I think what it all boils down to is an issue of respecting human dignity.

As long as we maintain open communication with one another about our experiences, we will gain a deeper understanding of each other’s worldviews and why we all cling to what we believe in. If compassionate and reasonable dialogue is no longer a possibility, then we may very well be on our way out of the frying pan and into the fire — and I sincerely hope and pray, for the sake of everyone in my life I hold dear, that it will never come down to this. 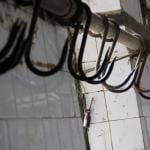 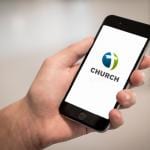 August 27, 2019 The Deception of Church-Branding
Recent Comments
5 Comments | Leave a Comment
Browse Our Archives
get the latest updates from
Coffee and Crucifix
and the Patheos
Catholic
Channel
POPULAR AT PATHEOS Catholic
1