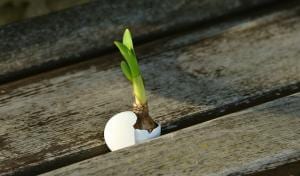 Coming, as it has, during Lent, it feels as if Mother Earth is giving us a ‘time out’ to reconsider how we’ve been doing life for the last three hundred years. We have reached a bifurcation point in the evolution of Homo Sapiens Sapiens. It will be as great a separation as was the split between Neandertals and Cro-Magnon. Cro-Magnon, unfortunately, has been on the road to becoming Homo Sociopathicus, and is leaving a trail of vanished fellow-traveler species, as well as polluted air, land and water. We’ve been crucifying the planet since the Industrial Revolution and now it’s sequestering us in order that Homo Sociopathicus may die off and Homo Spiritualis may be born. Handled properly, this dark night of the soul can birth the light of a new era.

In this brief essay, I want to use the last seven statements of Jesus on the cross as a template for understanding the different facets of this virus and its global effects. I’ll rearrange Jesus’ statements. One of them is found in both Mark and Matthew, three in Luke and another three in John. I will arrange them in the chronological order in which I feel they probably occurred.

Suspended between heaven and earth, in what is probably the most vicious method of execution ever devised by sick human minds, the impaled Jesus literally feels as if he has been forsaken by the Father – perhaps, even, that he has been duped into a ministry that was a tragic illusion. From the depths of his despair he cries aloud, “Eloi, eloi, lama sabactani!?”

How many Chinese, Iranians, Italians… and, now, Americans, in the throes of this deadly virus are calling out in a similar fashion?

Drained of energy by the two interrogations, a vicious scourging of 39 lashes, forced to wear a cap of cruelly pressed-in thorns, he then had to carry a heavy beam over his shoulder from the city all the way to Golgotha. And having fallen several times, he is now dangling grotesquely in the boiling Middle eastern midday sun. It seems strange that of all the physical discomforts, thirst is the one he complains about: “I thirst.” He has to constantly shift his position on the cross, putting his entire weight either on his wrists or on his feet. When he sags and depends on his feet, his chest constricts, collapsing his lungs and making it impossible to breathe; when he pushes himself up by his feet then his entire weight is on them.

And that is what many victims of this virus are experiencing: inability to breathe even as they feel a whole slew of other symptoms.

True to his nature, having experienced and transcended his own suffering, he now focuses on his devastated family – his mother, his beloved companion, Mary of Magdala, and John the Apostle – standing at a distance, sequestered by the bored soldiers. Trying to console and provide for them in his last hours, he beckons with his head and says, “Son, behold your mother, mother behold your son.”

Among those dying of Covid-19, I suspect there are some making the same kind of compassionate, self-effacing arrangements for those who will be left behind to grieve.

Suffering brings out the best and the worst in human nature. One of those crucified with Jesus gave vent to his own fear and pain and anger by railing against this pretend-Messiah for failing to rescue them from Roman occupation and now from their present personal condition. Another crucified man could recognize the divine in Jesus even in the midst of his own agony. He called out, “Lord, remember me when you come into your kingdom.” And Jesus, who by now had utterly transcended his self-concern, replied, “Today, you will be with me in paradise.”

And I am sure that there are Covid-19 victims who, even in the midst of their own agony, are praying for other sufferers.

Now comes the most extraordinary statement of all. Living under the brutal regime of the Roman Empire all his life, his is now being ‘guarded’ by dice-playing soldiers who, while gambling for his few possessions, are detailed to keep the mocking priests, and the curious mob at bay. Even in these three groups, Jesus can see their human, frail shadow sides but can see beyond that into their incarnation-occluded souls. Reaching deep inside his own eternal essence, he prays, “Father, forgive them, they have no idea what they are doing.”

And who do the Covid-19 victims need to forgive? The mad military scientists who experiment with bioweapons? The Chinese authorities who failed to promptly report it and then fudged the numbers while silencing whistle-blower doctors? The national leaders who failed initially to take it seriously? The heedless, self-centered citizens who put all others at risk because they themselves don’t see the need to obey sensible, life-saving restrictions?

Forgiveness is not excusing, let alone condoning, any of these parties but it is to not be further burdened by anger; to not add rage to the medical and economic stresses of this pandemic.

Jesus had ticked all of the boxes that represented his Earth mission, resisting the temptation, on several significant occasions, to refuse the chalice even when he had the mother of all panic attacks in Gethsemane the night before he died. It was a panic attack so fierce that he sweated blood. Next day, at the end, when he was pierced by the soldier’s lance, only a few drops were left – and some beads of water. His entire body and heart were drained of blood. All that remained in that suspended corpus was love – infinite love. And light. A light that was so intense that, while in the tomb, he would scorch his burial shroud with radiation more intense than that of our own sun. A radiant burst of light that, 2,000 years later, is still imprinted on the Shroud of Turin.

And what of those who have and who will succumb to Covid-19? Will some of them be able to say as did he, “It is complete!” – I have honored my mission. And will those ones imprint their own radiant images on the hearts and memories of those who survive?

Now Jesus has come full circle. The tortured man who hours before cried “My God, my God, why have you abandoned me?!” is now fully re-aligned; his faith is fully restored. Like a small child, infinitely confident in his father’s love for him, he cries aloud, “Father, into your hands I commend my Spirit.” – roughly translated as “Abba, hug me!”

And that is my prayer for all those who transition at this time. I wish for them a kind of terminal lucidity where they remember their own divine nature, their Spirit origin, and break into great smiles as they recognize the open, welcoming arms of the God who was always both immanent experience and ineffable transcendence. 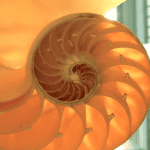 April 7, 2020 Quarantined! Cell Mates or Soul Mates?
Recent Comments
0 | Leave a Comment
Browse Our Archives
get the latest from
Companions on the Journey
Sign up for our newsletter
POPULAR AT PATHEOS New Visions
1

New Visions
Is God Really A Father?
Companions on the Journey
TRENDING AT PATHEOS New Visions