If You Practice It, You’ll Become: How the Pastor Became an Atheist

If You Practice It, You’ll Become: How the Pastor Became an Atheist January 7, 2015 Artur Rosman

“Nothing will come from nothing,” says King Lear, habitually plagiarizing a tradition that goes back as Parmenides. With this I will continue my engagement with confirmation bias and how it applies to recent news stories about about atheists and skeptics.

I will enlist the help of the story, “A Year After Giving Atheism a Try, Former Pastor Ryan Bell Admits: ‘I Don’t Think That God Exists‘” in my argument.

Freedom, choice, and will might be American staples, but the power of habit is starting to overtake them even on the NYT bestseller list. Consciously cultivated repetitive action whose aim is instilling something like the virtues has escaped the confines of Alasdair MacIntyre covers into the boardroom, bathroom, and beyond.

Simone Weil, somewhere in her writings, I believe in Gravity and Grace, turns against Pascal’s advice to the skeptic of going through the motions of religious belief (taking holy water, having masses said, and so on). Pascal contends that repeating these gestures will, “make you believe quite naturally.” I believe Simone Weil was wrong.

The “argument (if it can properly be called that) from habit” is the corollary to Pascal’s famous wager. It moves onto the practical plane by suggesting that beliefs are not only confined to the mind.

I don’t think I’m sticking my head out too much by thinking that at least in this key element of his argument Pascal fits more into the ancient and medieval scheme of things, rather than being the forerunner of modernity (See: Edward Oakes’ excellent essay “Pascal: The First Modern Christian“).

I’m thinking of the distinction Aquinas made in the Summa between fides informis and fides formata.  The former is knowledge of doctrines, intellectual appropriation, and is a lower level form of faith than the latter, which is formed by participation in the divine life through love, charity, through putting the doctrines into practice.

Jean-Louis Chretien (in Under the Gaze of the Bible) unpacks the close bond between belief and practice using the nativity metaphor adroitly:

When my life and my spirit open today to this Word, something of this Word is born in me; there is a nativity of meaning, a new dawn of the eternal truth, a humble and small Christmas that is nonetheless a real Christmas. That of the Word which sought our listening and our response is engendered in us when we listen to it and respond to it, which moreover is the same thing.

So far this sounds like it could be confined to the mind, the realm of fides informis (I believe the latter word in this Latin phrase refers to both mere information and lacking form). But then Chretien subtly shifts onto the shift in quotidian practices this appropriation should engender:

That the Word as a man was born in a stable and not a palace, be it a palace of culture, shows that no one is excluded from this possibility, that each of us may make of his spirit a Bethlehem, when he reads the Bible today according to the today that the Bible itself teaches and offers, one day’s Bethlehem, for this task is for each day. Origen notes precisely that this birth of God in us, and thus also this birth of us in God, can take place in each work and each thought…

The emphasis upon work is fundamental here, because Under the Gaze of the Bible is an extended commentary upon James 2:14-17, the biblical locus classicus of fides formata:

14 What doth it profit, my brethren, though a man say he hath faith, and have not works? can faith save him? 15 If a brother or sister be naked, and destitute of daily food, 16 And one of you say unto them, Depart in peace, be ye warmed and filled; notwithstanding ye give them not those things which are needful to the body; what doth it profit? 17 Even so faith, if it hath not works, is dead, being alone.

This is where the Ryan Bell story comes into play. It shows that habitual thinking in a particular manner confirms a worldview.

When I first heard about his proposed experiment of abandoning all church practice I knew he would end up being atheist. How could it be otherwise? Bell took up thinking and living in an atheist way and it confirmed his new beliefs as reported in an NPR story cited by the Friendly Atheist:

After a year, Bell tells NPR’s Arun Rath, “I’ve looked at the majority of the arguments that I’ve been able to find for the existence of God, and on the question of God’s existence or not, I have to say I don’t find there to be a convincing case, in my view.

By abandoning the liturgy of the church he did not abandon liturgy altogether. He merely took up an atheist liturgy with its own equivalents of taking holy water and having masses said. These only confirmed his new bias toward atheism.

Nothing comes from nothing and atheism comes out of atheist practice.

The Friendly Atheist confirms my suspicions:

I didn’t agree with his methodology at the time. I felt like he was just exploring an alternative option, not actually “becoming” an atheist. Hell, most atheists don’t even read books by Richard Dawkins or attend gatherings with other non-believers, so how would doing those things give Bell a real sense of what being an atheist was like?

What I don’t understand is the shock the Friendly Atheist registers in the following passage:

But he got a taste of what being an atheist was like much sooner than expected. Less than a week after announcing his experiment, Bell was fired by his Christian employers at Azusa Pacific University and Fuller Theological Seminary because, according to Bell, “They simply feel they cannot have me as a part of the faculty while I’m am in this year long process.”

This is only natural. Can you imagine the ostracism that would be heaped upon Dawkins, or even some small-time atheist, if they were to suddenly abandon their atheist beliefs?

Then again, they would also be compensated by entering into a new communion.

If you practice it, you’ll become. 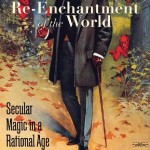 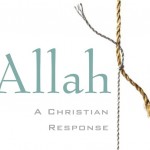 January 8, 2015 Will We Once Again Enlist Islam Against Western Extremism?
Recent Comments
0 | Leave a Comment
"Wait a minute, what am I missing? The host must contain some gluten, lest it ..."
RPlavo . The Surprising Anti-Capitalist Logic Behind the ..."
"Gluten intolerance is completely -- and I mean completely -- different from celiac disease. Many ..."
Bobby Lawndale The Surprising Anti-Capitalist Logic Behind the ..."
"Read Bruno's comment: #2 below your ranting comment."
Adrienne Szatkowski Michael Voris’s Stunning and Admirable Broken-Hearted ..."
"Science needs "a confession of sins and an articulate profession of faith"? Seriously?Certainly, individual scientists ..."
Elzbieta 2 Reasons Why the March for ..."
Browse Our Archives
get the latest updates from
Cosmos The In Lost
and the Patheos
Catholic
Channel
POPULAR AT PATHEOS Catholic
1