The Jewish Pseudepigrapha: An Introduction to the Literature of the Second Temple Period (Docherty)

Susan Docherty, The Jewish Pseudepigrapha: An Introduction to the Literature of the Second Temple Period

This is a concise yet comprehensive guide to the Pseudepigrapha: the Jewish texts of the late Second Temple Period (ca. 250 BC–100 AD) that are not included in the Hebrew Bible or standard collections of the Apocrypha. Each chapter deals with a specific literary genre (such as apocalyptic, testaments, and “rewritten Bible”), encouraging readers to appreciate the texts as literature as well as furthering their understanding of each book’s content and historical significance. A helpful introduction to an often overlooked body of literature, this book surveys key issues such as date, authorship, purpose, fundamental theological themes, and significance.

From the Author: Docherty Says

This book aims to offer an accessible but research-informed introduction to a selection of Jewish texts related to the bible dating from the Second Temple period. It covers both better-known works like 1 Enoch and the Psalms of Solomon, and others which are less familiar, such as the Exagoge of Ezekiel the Tragedian and the Testament of Abraham. These are all of great value for understanding early Judaism and early Christianity, and some are referred to in passing in New Testament commentaries, but they are not often considered there in detail. This field of pseudepigraphical literature can seem vast and highly technical to the non-specialist. I wanted to bring together in one place, then, concise explanations of these writings – their contents, literary forms and historical/geographical contexts, – which also relate them to one another and to the Jewish scriptures. For ease of navigation, the book is divided into chapters dealing with one major group of texts, so that the reader can choose to focus just on, for example, Apocalypses or Testaments.

There are two distinctive features of the volume that I’d emphasise. The first is that I set out to engage quite directly with the question of whether there is actually any point in studying these ancient, non-canonical texts. So there is a short section at the end of every chapter highlighting their significance for aspects of biblical studies (e.g. text-criticism of the Hebrew Bible) and their contribution to our understanding of the development of theological ideas, such as messianism, the origins of evil, or the belief in life after death. Secondly, my particular interest in exegetical techniques and axioms has also shaped this volume, so that each chapter includes some discussion of how these authors relate to and re-use those texts which we now call scriptural.

I appreciate that Docherty offers here a concise introduction. Sometimes the lengthy and technical introductions can be overwhelming to new students.

Susan Docherty is reader in biblical studies and head of theology at Newman University, Birmingham. She is the current chair of the Annual Seminar on the Use of the Old Testament in the New Testament, and serves as member of the steering group for the Society of Biblical Literature Hebrews Section. She specializes in early Jewish and early Christian scriptural interpretation. Her recent publications include: The Use of the Old Testament in Hebrews; Genesis in the New Testament; and The Scriptures of Israel in Jewish and Christian Tradition. 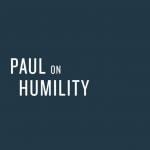 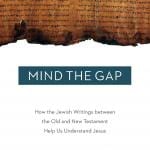 February 8, 2021 Mind the Gap: How the Jewish Writings between the Old and New Testament Help Us Understand Jesus (Henze)
Recent Comments
0 | Leave a Comment
"I like that!"
Nijay Gupta “Punch Drunk” Love: Beth Moore, Coldplay, ..."
"I have often said that in worship we “direct our attention and affection to God”, ..."
ALBERT WILLIAMS “Punch Drunk” Love: Beth Moore, Coldplay, ..."
"Hello, I have elder friend who sent me an email, as he has been so ..."
Mateo Reed Why I Use Accordance Bible Software ..."
"Thanks, Hashim."
Nijay Gupta 15 New Testament Words of Life: ..."
Browse Our Archives
Related posts from Crux Sola: Formed by Scripture to Live like Christ 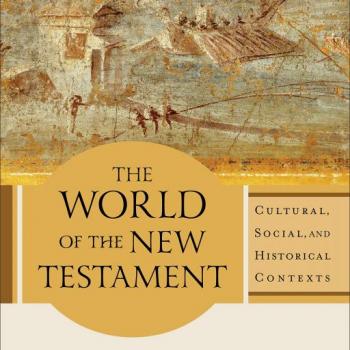 Evangelical
The World of the New Testament (Green and...
Crux Sola: Formed by Scripture to Live like Christ
TRENDING AT PATHEOS Evangelical