What Is Christian Fantasy?

What Is Christian Fantasy? March 29, 2014 willduquette

This post was first written in May of 2004. I think it holds up pretty well. I made some minor edits, and fixed a couple of typos. Kudos to Phil Wade, of Brandywine Books; the link below hasn’t decayed, even though it’s to the old version of the blog.

Phil at Brandywine Books has written several posts (most recently here) on the subject of “What is Christian Fiction?” My answer is that there are several things which can go by that name. The first is simply, “Fiction written to be marketed specifically to Christians”. There’s a lot of this stuff being written, I guess, and I have no idea what it is or if it’s any good.

The second category is fiction which expresses the Christian worldview. Let me explain that, because what I mean probably isn’t obvious.

Every work of fiction is, in one sense, a work of fantasy. That is, every work of fiction takes place in a world of its own, a world where things are different than they are in our world. In mainstream fiction, the world may correspond quite closely with our own, but it still contains people who don’t exist in our world, doing things that never actually happened, saying things that were never actually said. It must—for if it did not, the work might be history, or journalism, but it certainly wouldn’t be fiction. This created world has geography and physics (though in a fantasy novel they might be very strange physics); it also has a metaphysical dimension.

Most science fiction, for example, assumes the naturalistic view of things. The universe may be a very strange place, but the rules are scientifically discoverable, and everything that happens is the result of physical processes acting on matter and energy. In the naturalistic view, the supernatural does not exist. There are no ghosts; there are no dieties; or if there are, they are subject to the same physical laws as the rest of us, though they might involve physical processes as yet unknown to science.

Much fantasy fiction, perhaps counter-intuitively, also assumes the naturalistic view of things. Since the publication of J.R.R. Tolkien’s essay “On Fairy Stories”, most fantasists have seen themselves as creating fantasy worlds that follow well-understood and immutable laws. These laws are undoubtedly different than those of the real world, but that’s the point of most fantasy—it doesn’t take place in the real world. Such worlds often contain ghosts, and dieties, and stranger creatures as well, because that’s how the author wrote the rules. For all that she’s a werewolf, Terry Pratchett’s Corporal Angua is no more supernatural in her world than a motorcycle cop is in ours.

To the Christian, of course, the naturalistic view is true so far as it goes, but it is severely limited. God is not subject to natural law; God is, in fact, the creator of the natural laws, and of the very matter and energy whose processes they describe. Christian fiction, in this second sense, is simply fiction whose philosophical underpinnings are those of Christianity. That is, it is fiction that takes place in worlds in which Christianity is true. 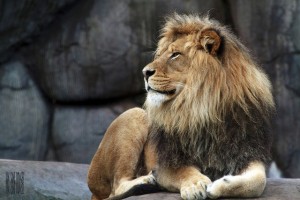 Note that this definition doesn’t assume any particular kind of plot, nor does it require that Christianity be mentioned, either explicitly or symbolically, in the work in question. Tolkien’s The Lord of the Rings is a work of Christian fiction simply because Tolkien explicitly set it in the prehistory of the real world—and for Tolkien, the real world was a Christian world, a world created by the God of Abraham, Isaac and Jacob. Eru-Illuvatar of Tolkien’s mythology is not just a diety, nor a symbol of the Almighty God; but the true, the living God that he worshipped each Sunday. The same may be said for C.S Lewis’s Aslan. Aslan does not symbolize Jesus Christ; Aslan is Jesus Christ, as he chose to appear in the world of Narnia.

Middle-Earth and Narnia are, of course, worlds not only of Christian fiction but also of Christian fantasy, and both illustrate the fundamental problem that faces the would-be author of Christian fantasy: how can one introduce fantasy elements, things which contradict natural law and the world as it is, after constraining oneself to remain true to Truth Himself? Tolkien resolved it by setting his story in an ancient, ante-deluvian world, at a time before the Almighty had begun to reveal himself to his chosen people, and by limiting the supernatural aspects of his story.

Have you ever noticed that despite being the pre-eminent work of fantasy of the 20th century, The Lord of the Rings contains very little that’s actually fantastic? The geography is different than in our world, but the physics are the same. There’s elven-magic, but Galadriel cautions that it’s not what we’d usually think of as magic. There’s nothing particularly supernatural about elves, or dwarves, or orcs, or ents; though extinct, they are creatures just as men are. Indeed, the only really magical beings we see are the wizards Gandalf and Saruman, Sauron the dark lord, and the Nine Nazgul. The Silmarillion makes it clear that Gandalf, Saruman and Sauron are all nothing more nor less than angels; the Nazgul can then be thought of as extreme cases of demonic possession. In any event, all power in Middle Earth derives ultimately from Eru, the One, the Creator.

In short, the mythology of Middle Earth extends Christianity and goes beyond it, but doesn’t contradict it. The same can be said for Lewis’s work. It’s a difficult line to walk, and few have been successful at it. There’s Tolkien and Lewis, of course, and Lewis’ master George MacDonald; I’m hard pressed to think of any others.

Indeed, even less successful attempts are hard to find. Christopher Stasheff wrote a series beginning with The Oathbound Wizard, which takes place in a world (if I recall correctly) in which basic Christian morality is enforced by natural law—the wizard truly is oathbound, because having once sworn an oath it’s impossible for him not to keep it. And yet, that seems to me to work against the Christian belief in original sin and the need for redemption. Kathryn Kurtz sets her Deryni series in a world with a church much like that of medieval England, but though the forms of the Catholic church are retained there’s little of Christianity here—except for numerous examples of original sin at work. C. Dale Britain has written a book called A Bad Spell in Yurt (one of a series, if I recall correctly) in which the dominant religion is Christianity, positively portrayed; a nice touch, though an odd one—it bothers me, here and in the Deryni books, to find a church that celebrates the crucified and risen Christ by name in a world with no apparent connection to the world in which he was crucified. Poetic license, I suppose.

March 30, 2014 Lumen Fidei: God is Here, Now
Recent Comments
0 | Leave a Comment
"You should update your bookshelf page accordingly."
3vil5triker . In which the Blogger is Very ..."
"You need to change the "KS" photo. It's of KANSAS CITY, MISSOURI. It is not ..."
Nessy Meme Watch: Economic Bullsh*t
"This has been on my wish list for a while. Sounds like I need to ..."
Rebecca Fuentes The Apostasy That Wasn’t
"Is not the “splendor of heaven” the presence of God in all His glory, of ..."
jayne_wayne Splendor Fatigue
Browse Our Archives
get the latest from
Catholic
Sign up for our newsletter
POPULAR AT PATHEOS Catholic
1