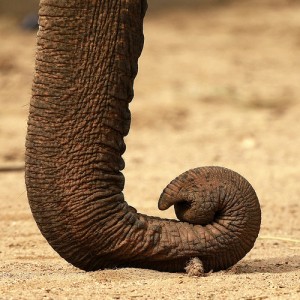 I’ve reviewed Kipling’s Just So Stories before, back in 2001 when I was reading them to David. After that they got put on the shelf, not to be taken down again until we were reading Prince Caspian. There were several evenings when David wasn’t available at story-time, and on those evenings I needed something different. I scanned the shelves, and Aha! This book fell right into my hand.

There are many stories I remember my mother reading to me as a child—picture books like A Fish Out Of Water and Stop That Ball, and B’rer Rabbit and the briar patch, but the one that reminds me most of her voice is Kipling’s “The Elephant’s Child,” one of my all-time favorites both then and now. And it’s just one among many: “The Sing-Song of Old Man Kangaroo”, “How the Camel got his Hump”, and “How the Rhinoceros got his Skin” are my other three favorites, though I don’t hear my mother’s voice when I read them; instead, I hear Sterling Holloway, Disney’s voice for Winnie-the-Pooh, for I once was given a record of him reading those three stories.

The stories are tall tales superlatively told, with excitement and danger and romance, set in colorful exotic places; but the best part of them is Kipling’s language and the fun he has with it. He delights in using large and unusual words to make the tale even more exotic—but only when it won’t harm the sense. For example,

And the Rhinoceros upset the oil-stove with his nose, and the cake rolled on the sand, and he spiked that cake on the horn of his nose, and he ate it, and he went away, waving his tail, to the Desolate and Exclusively Uninhabited Interior which abuts on the islands of Mazanderan, Socotra, and the Promontories of the Larger Equinox.

Wouldn’t you just love to visit the Promontories of the Larger Equinox? In another story, he writes,

One fine morning in the middle of the Precession of the Equinoxes this ‘satiable Elephant’s Child asked a new fine question that he had never asked before. He asked, “What does the Crocodile have for dinner?”

The Precession of the Equinoxes has nothing to do with anything, but there’s glory for you.

Then Kolokolo Bird said, with a mournful cry, “Go to the banks of the great grey-green greasy Limpopo River, all set about with fever trees, and find out.”

Read that sentence aloud to yourself. “Go to the banks of the great grey-green greasy Limpopo River, all set about with fever trees…”

That very next morning, when there was nothing left of the Equinoxes, because the Precession had proceeded according to precedent, this ‘satiable Elephant’s Child took a hundred pounds of bananas (the little short red kind), and a hundred pounds of sugar-cane (the long purple kind), and seventeen melons (the greeny-crackly kind), and said to all his dear families, “Goodbye. I am going to the great grey-green greasy Limpopo River, all set about with fever trees, to ask the Crocodile what he has for dinner.”

“Rash and inexperienced traveler, we will now seriously devote ourselves to a little high tension, because if we do not, it is my impression that yonder self-propelling man-of-war with the armour-plated upper deck” (and by this, O Best Beloved, he meant the Crocodile) “will permanently vitiate your future career.” This is how Bi-Coloured Python Rock Snakes always talk.

If you’ve not encountered the Just So Stories before, and these brief quotes aren’t enough to intrigue you, grown-up though you are, I’m afraid I must conclude that you have no ear for language and an insufficently developed sense of whimsy.

July 4, 2014
Angel Summoner and the BMX Bandit
Next Post 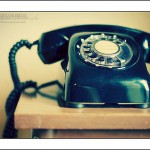