Ngaio Marsh: Night at the Vulcan

Ngaio Marsh: Night at the Vulcan May 13, 2015 willduquette 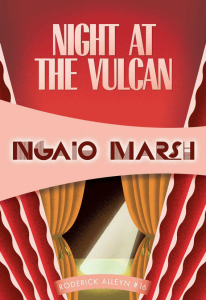 Night at the Vulcan, also published as Opening Night, is the sixteenth of Ngaio Marsh’s Roderick Alleyn mysteries, and yet another set in the world of the theater; I had forgotten how many of these there were.  I had almost completely forgotten it, and found it enchanting on re-acquaintance.  The only problem with it is that it isn’t terribly satisfying considered strictly as a mystery; there’s a little too much deus ex machine about the conclusion.

The tale concerns the days leading up to the opening night of a modern play at the Vulcan Theater in London.  In Marsh’s earliest books, the tale often begins with the murder and Inspector Alleyn is then on-stage throughout; but in the more recent, Marsh has tended to set the murder midway through (or even later) giving herself plenty of time to introduce the characters, develop them, and set them at odds with one another.  The book then becomes as much about the characters and the setting as it does about the murder and the pursuit of the murderer; and that’s precisely what makes this book so enchanting.

The initial viewpoint character is a young lady named Martyn Tarne, whose backstory we discover only slowly.  She’s an actress from New Zealand, come to London to find work; she’s been in England for two weeks, is out of money (it was stolen as she left the ship), and is desperate for any kind of position at all.  She comes to the Vulcan theater to audition, on incorrect information; and cold and exhausted, with nowhere to go, she settles on a couch in the lobby to warm up.  Sitting there, unnoticed, she overhears a telephone conversation: it seems that Helena Hamilton, the leading lady, is in need of a new dressed, and Martyn jumps up and asks for the job.  Naturally she attracts notice, and naturally she’s a better actress than the young lady in the current production, and naturally she gets her chance to shine, all in a rather Horatio Alger style, and it all ought to seem rather cheesy…but somehow it doesn’t, and I think the reason is the characterization.

Marsh takes pains to draw each of the characters in detail: young Martyn, sensible, kind, and willing to do what it takes to survive without being ruthless or grandstanding; Gay Gainsford, the un-Martyn, whom she replaces; Fred Badger the night watchman, who lets her sleep in the Green Room and makes sure she gets fed; Clark Bennington, the aging character actor, once handsome but now coarse (and frequently drunk); Parry Percival, the aging junevil, and the unwilling butt of Bennington’s on-stage excesses; Dr. John James Rutherford, the colorful but nearly insufferable author of the play; and Jacques Doré, the designer, assistant director, and general dogs body and confidant of the troupe, who takes Martyn under his wing.

The story right up to the murder is predictable, even hackneyed, and yet I enjoyed it thoroughly.  The sleuthing that follows is also enjoyable, because of course the same characters are involved, with their individual peculiarities, mannerisms, and vulnerabilities (all but one of them, that is); and as I say the only problem is that Marsh allowed Alleyn to take the easy way out in solving the case.  I get the feeling that Marsh allowed her characters to take over the story and paint her into a corner that she couldn’t get herself out of without doing violence to what went before.

In short, Night at the Vulcan fails as a mystery, at least for me; but gosh I enjoyed it as a tale of the theater. 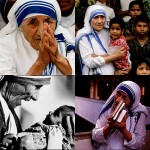 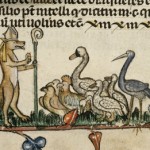 May 14, 2015 The Dogmat: Preaching, Double Spaces, and Unfair Readings to Kids
Recent Comments
0 | Leave a Comment
Browse Our Archives
get the latest from
Catholic
Sign up for our newsletter
POPULAR AT PATHEOS Catholic
1