My regular Thursday Deseret News column for the week has appeared:

“‘Why Science Does Not Disprove God'”

If you don’t mind relentlessly volcanic anger, lies, and non-stop ad hominem attacks, you might find it of interest.

Here’s a roughly fourteen-minute video that some of you — and particularly those of you possessed of a younger sensibility — might enjoy and find helpful:

It features the unfortunate Stephen Smoot, whom I have compelled to go into the absurd, dead-end field of Egyptology.  I presume that the podcast was recorded before the government of the United States kicked him out (under the Trump administration’s urgently-needed emergency Smoot Travel Ban) and he was obliged to flee, once again, into the arctic wasteland politely known as “Canada.”

For background on the tedious brief tale of young Smoot and the very tragical mirth of his Canadian exile, see

“A Tear for Stephen Smoot”

I’m interested to see how this new social media initiative from the Church of Jesus Christ of Latter-day Saints will move forward:

“The Book of Mormon and Me!”

Just a reminder that the Interpreter Foundation’s first experiment with moviemaking will be broadcast this coming Sunday on BYUtv.  (Not, please note, on KBYU-TV, which is a related but distinct and non-Utah-oriented enterprise.)

Here’s the announcement of the broadcast as it appears on the Interpreter Foundation website:

The premiere broadcast of the Interpreter Foundation’s first filmmaking venture, Robert Cundick: A Sacred Service of Music, is scheduled for 3:00 PM (MDT) on Sunday, 3 September 2017, on BYUtv (not KBYU). Please share this information with others who might be interested.

This won’t be our last such undertaking.

The question of General Authority stipends has come up again, in a small way.  So I’ll share four things that I posted on the subject back in January 2017 while a controversy was raging on the topic, and then I’ll add another comment:

“On living stipends for General Authorities”

“Two quotations relevant to the matter of General Authority stipends”

“Another note on General Authority stipends”

A critic pointed out, quite correctly, that my generous estimate that 1/3400 of Mormon clergy receive a living stipend is greater than zero.

I readily grant this.  I’ve never made a big issue out of the fact that clergy in other denominations receive compensation.  I really couldn’t care less.  But I do think it absurd to say that, because 1/3400 of Mormon “clergy” receive (relatively modest) living stipends, we’re lying when we say that we have an unpaid clergy.  Overwhelmingly, we do.

Here’s how I responded to one critic on this topic a day or two ago:

Arsenic typically occurs in rice and in water. Usually only in trace amounts. Since you insist on absolute zero, though, you should probably accuse your local Chinese restaurants of serving rice laced with arsenic and charge your local water company with poisoning its customers. The black population of Utah is about 1.8% of total residents. That’s nearly one in fifty — far higher than the 1/3400 figure that I’ve very generously given for “paid clergy” in the Church. Since you think that 1/3400 makes the clergy of the Church “paid,” I assume that you think that 1/50 makes the population of Utah “black.” This is revolutionary stuff, and you need to share it with the national media. It could dramatically change Utah’s national and international image.

Finally, a few months back, I had a conversation on this matter (at her initiative, since, as it turns out, she was aware of my blog posts above) with the widow of a General Authority.  She told me that, when he was called to full-time service, President Hinckley asked him whether he would need compensation in order to be able to devote himself to such a calling.  He had been a successful businessman, and he responded No, that he would be able to serve without a living stipend.  Good, said President Hinckley.  And so he served without any compensation.  She told me that she didn’t know the financial situations of most of her husband’s fellow General Authorities, but that, as it happened, she was aware of several who, like her husband, were serving at their own expense, not drawing on the money that they could have drawn from the Church.

I wasn’t surprised at this, though I had never known it for certain and had certainly never felt authorized to quiz any General Authority about his personal finances.

August 31, 2017
"It is hard to imagine all this happening just by chance."
Next Post 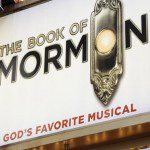 August 31, 2017 Some Contributions of the Book of Mormon
Recent Comments
0 | Leave a Comment
Browse Our Archives
get the latest from
Sic et Non
Sign up for our newsletter
Related posts from Sic et Non

Latter-day Saint
In which I'm outed as an anti-Mormon who...
Sic et Non