To Celebrate or Separate in Hate; I Choose the First 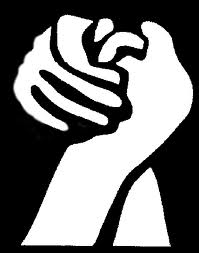 Discrimination is not a foreign concept.  It is one that many different types of people have experienced and often times have led to great violence and pain within the world.  It is not a concept that is likely to go away within human behavior and it is a quite complex concept that has become interwoven into the normal operation of society.  It is not ok and yet it is something we all experience and have done to others.

I am writing this in response to many things, not just the events at PantheaCon this year or last year.  I have watched discriminatory actions taken against others, have experienced them myself and have dished out my fair share onto others based on fears, ignorance, privilege and misinformation.  The events of PantheaCon have been a catalyst for me to talk about discrimination within the Pagan community though and not because I am taking a stance on the issues of transgendered inclusion in rituals.

Let me start with a little bit of history within my own family.  It is important and relevant to the position that I take in relation to how we judge one another and allow the masses to influence our ability to relate with the commonalities of the human struggle.

My family is from the South.  My mother migrated to California in her early adult years and so I am a native west coast woman.  My family walked around the land of the South in a time where Black people were not allowed to choose their own path and find acceptance within their greater community.  The lineage of my family showed how we forcibly mixed with the White race and had the hue of skin to show for it.  Due to the

direct relationship with family members of the George C Wallace family, my Great Grandmother would be paraded on the back of white horses in the town parades.  She was too young to question why.  And while my family still lived the life of a Black family (discrimination and all) they had the status in our community that was given based on their much fairer shade of skin.

This type of concept has brought many different ideas about within the Black community and is often a contributor to the splitting dynamic between the lighter skinned and darker skinned.  It is that same concept of the house slaves and the field slaves; the way you were treated could depend on the closer a person was to looking Caucasian.  This divide and conquer tactic has been very damaging to Black people and continues to be a part of the culture of our race; the internalized hate we turn onto our own.  This has often been an experience I have had within my Black culture; proving that I am Black enough to hang with the others, even with my “high yellow” complexion.

Experiencing discrimination and alienation from your own can be more harmful than experiencing it from those you are already expecting it from.  This form of internalized racism or prejudice is a way to separate those who stand along side of us in our struggle and turning them into the focus.  Every community does it but when will we learn that this divides our power base and renders us less effective in the world?

I see this in the community I work in when kids fight over who is poorer or whose clothes are the dirtiest.  I see this in the Black community when we impose importance on the hue of the skin or the texture of “good” hair because it is less kinky.  In the Pagan community I see it when we attempt to polarize issues that are very complex and attempt to force our fellow spiritual family members into one mold or another.   We look to define ourselves by comparison of ideals that are often unfair to the others, to our community, to the issue or even to ourselves.

It is hard to watch people invalidate one another and use judgement to hurt those who stand along our sides.  We cannot stop discrimination by discriminating, and it does not make it better that the anger, fear, hurt and daggers are turned against ourselves.  It is more devastating in the end when we are looking for the community that we have worked so hard to create and realize that it is in the shambles of drama, hurt feelings and self created pain.

We judge one another in order to define who is Black enough, spiritual enough, Pagan enough or oppressed enough and we miss the mark on the true gift of our community.  The best gift that we can give is to love more, understand more, empathize more , show more, give more, listen more, connect more and even identify more with those who have experienced this here journey called life.

I don’t want to fight those whom I love.  I think it is imperative that we learn the lessons of growing as a community together and stop finding ways to create the divides that separate us from the power that is the Pagan community.  Regardless of where he or she was housed, a slave was still a slave whether cleaning in the home or the field.  Fighting against one another and projecting hate onto the other did not create a movement that ultimately changed the nation and released them.  It was progressive thought, a multitude of revolutionary actions and patience that ultimately supported a shift in culture and thought.

As it relates to Pantheacon directly, I hope we can look at the progress of change as an evolving concept that is not stagnant and predictable.  I want to see us look at the possibilities and believe that extending love and understanding will lead to love and understanding.  And quite the opposite is true as well; extending sharp words, rigid versions of right and wrong or drawing lines between those who are within our community will only lead to the same in return.

I do not know the answers alone but I believe the community can find them together in faith.  I do not want to fight those I worship with.  The real fight is outside of our doors, in a world where we do not have the equality that should be a birthright.  Let us stop dividing ourselves and fighting amongst those who we will later stand beside to brave the world with.

We are all Black enough, Pagan enough, Woman enough, Man enough and Spiritual enough to grow together in love.

February 24, 2012 Have You Seen Me?
Recent Comments
0 | Leave a Comment
Browse Our Archives
Related posts from Daughters of Eve