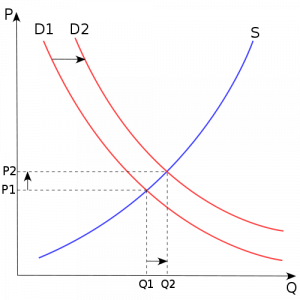 Anyone who tells you that money and religion don’t mix is either blind, naive, or some combination of the two. Take one look at a mega-church or posh synagogue and you can see just how lucrative religion can be, spiritually and monetarily. But the blog post isn’t about turning the pagan community into some grand money making scheme. Granted, many writers and leaders have made a tidy little sum selling watered down religion or ‘socially conscious’ fanaticism; but for the every day pagan, our religious economy is…well…paltry.

Why does this matter in a series of blog posts specifically about finance? Because many pagans have been hit by the recession as hard, if not harder, than other religious groups. One can’t get on a social networking site without seeing another one of our own asking for a little bit of help; and while we should all do what we can to nurse those attempting to get back on their feet; it is a sad fact that some will never truly be “free” in a  religious community that can do little more than throw good money after bad.

The issue doesn’t lay so much with the unwillingness to purchase pagan goods, rather the fact that pagan services are severely lacking and, aside from finding a tarot reader or an astrologer, it’s nearly impossible to find service providers outside of the spiritual sphere.

After all, one needs only so many candles, herb pillows, and bars of Magical Soap ™. Hand made clothing items are one thing; a mass produced Salwar given a 200% mark up is not. Unfortunately, the pagan shop, one major representation of our economic power, often shows just how ill planned and advised these business ventures can be. Items available are often of mediocre quality but with astronomical pricing. Inventory is based on owners’ preference as opposed to actual market research and workers lack professionalism and, sometimes, any working knowledge of their inventory.

Some shop owners seem to forget they are running a business, while hoping the tendency of pagans to “support our own” will allow them to skate along despite having a failing business model. Those that do well expand, those that do poorly, eventually resort to “renting” a back corner of a store, and asking for donations, in hopes of recouping lost revenue.

(Lykeia over at Beloved in Light does a rather good job of explaining her view on pagan shops.)

You’ll also, rarely, find a bulletin board offering the services of a pagan tax-preparer, accountant, editor, chemistry tutor, translator, carpenter, etc. In fact, it’s almost as if pagans have an allergy to circulating marketable skills among our communities. The pagan economy, as a whole, is based on niche consumer goods, allowing those who are capable of rarer talents the ability to charge premium pricing for their work. I’m not saying this is a bad thing.

There are a few ways, I believe,  our economy can be secured while helping build the wealth of the pagan community as a whole.

Most of these ideas are a bit far-fetched. Creating an apprenticeship program aimed at pagan young adults and teenagers would take massive amounts of time and resources, but these are investments in a religious economy dominated, primarily, by big publisher book sales and charity.

The current global crisis presents unique opportunities for innovative entrepreneurs who are able to make use of their networks to build business relations. The first way to sustain the pagan economy is to shift away from one based on donations, and turn it into one based on an actual market.

Witchcraft For Coping With COVID-19: Banish,...
Keeping Her Keys
Related posts from Daughters of Eve